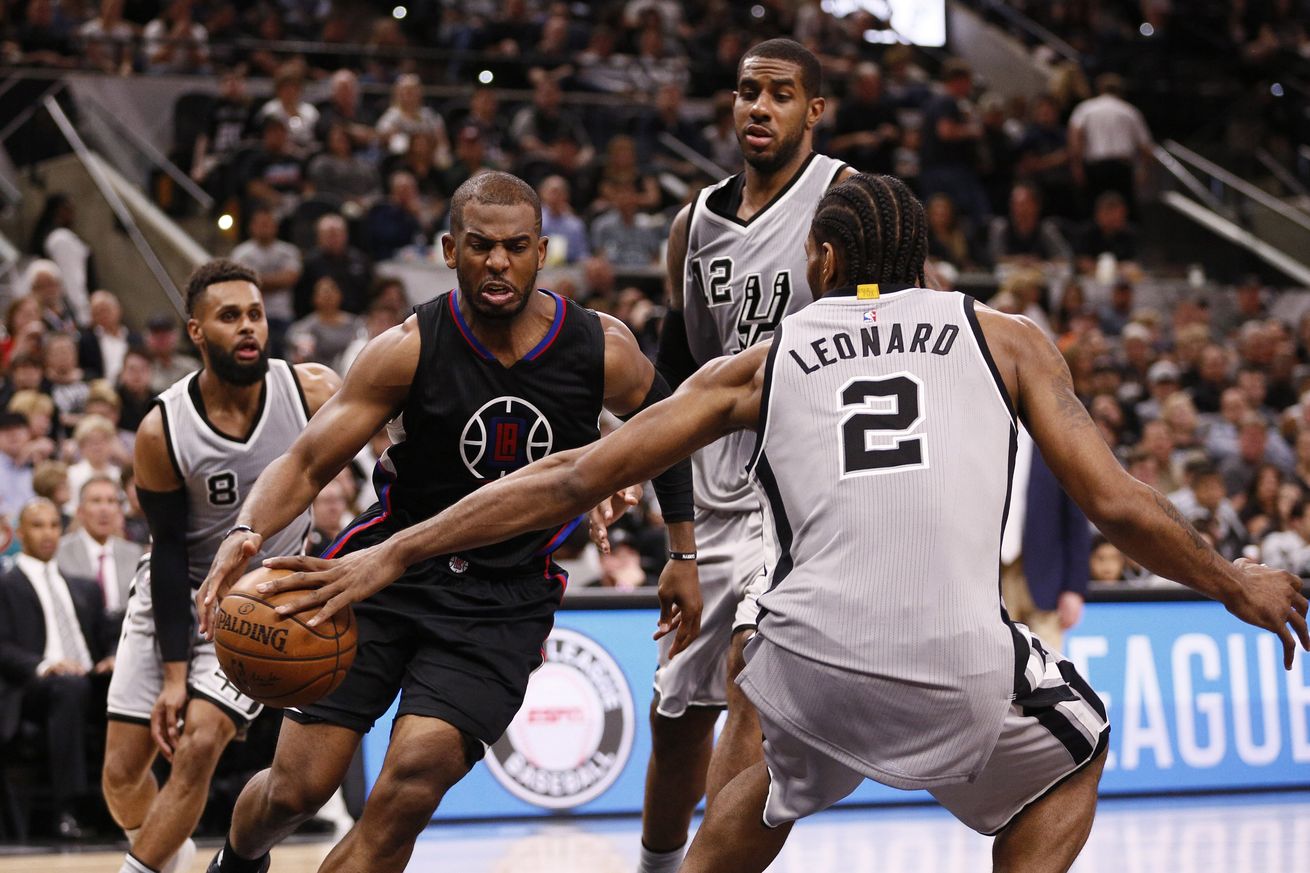 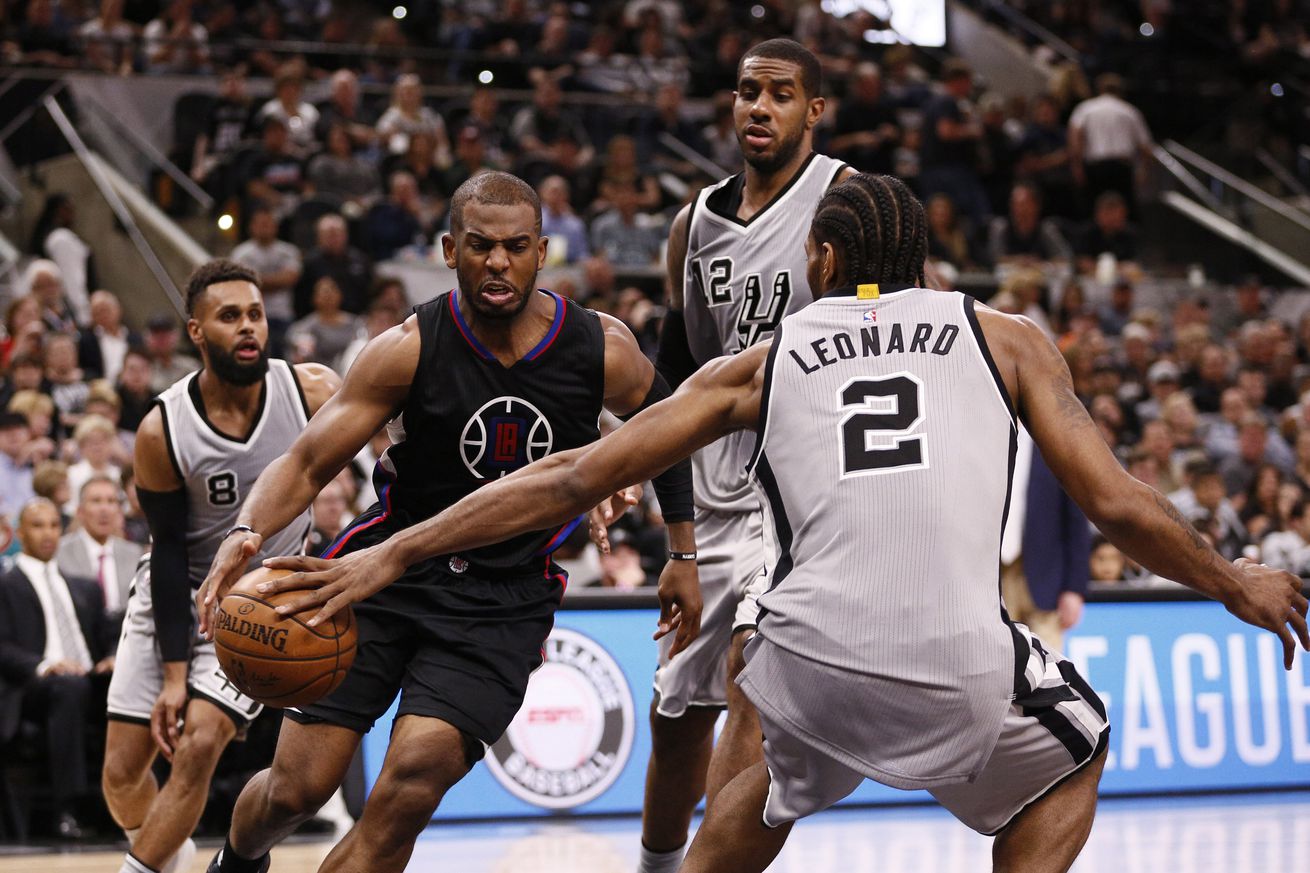 You expect things to go one way, and they go the other way. It’s one of the inevitable things about life. In the second season of the FX show Fargo, Mike Milligan learns this lesson while working as an enforcer for the Kansas City mafia. Spoiler alert if you haven’t finished the second season of Fargo or are planning to watch it. Milligan is a man with a distinct personality and style. He wears a bolo tie and likes quoting Martin Luther King. He aspires to work his way up the ranks of the mafia, but his only reward for being the last man standing in a vicious turf war that nets his employer a lucrative trucking route is to be relegated to a soul-crushing desk job. “Lose the bolo and get a suit and tie,” his superior tells him, “preferably something grey.” /end spoiler

Mike’s situation got me to thinking about the Spurs. Five times during Tim Duncan’s career, they were the last man standing. But as that era drew to a close, most assumed the franchise would slide into mediocrity, like a basketball version of the Dallas Cowboys following their last championship run. Then inevitable happened, and life threw a twist. Seemingly out of nowhere, the Spurs came up with Kawhi Leonard, their third generational superstar in thirty years, acquired two other All-Star level big men in LaMarcus Aldridge and Pau Gasol, and kept right on manufacturing 50 and 60 win seasons.

But like Mike, something has changed. The Spurs are close to the top, but not quite there. Where once they wrote the script on offensive efficiency, unselfish play, and roster continuity, now they appear to struggle against teams who have mastered those qualities at a greater level. With Duncan, there was a ruthless competence that permeated all 48 minutes of each Spurs game. At least, that’s how it seems now. Each season brought new players, but the core pieces were in place for so long that the result became almost inevitable. You were only beating the Spurs by out-executing them. During these years, the Spurs wore their bolo ties.

There are suits and ties now in San Antonio. The last time the been team was this oriented around one player was arguably 2003. While they still possess ruthless efficiency in the numbers game, their monopoly on continuity, unselfish play, and ball movement has eroded. And every game there are moments, stretches, and sometimes entire quarters when it seems as if the rest of the guys are just meeting each other for the first time.

Some of this can be explained by the high amount of roster turnover both last season and this one, which has prolonged the process whereby players earn the trust of Coach Pop. A team that carries over its top 10 rotation guys look different than a team that only carries over its top 7. And some of the Spurs’ top guys this season have dealt with injuries, minutes restrictions, and an uncertainty about where they best fit in San Antonio. Jonathon Simmons is a D-League superstar in Austin, but in San Antonio he veers between starting caliber and DNP-CD. We still don’t know for sure what Kyle Anderson is, other than “pretty solid.”

As we head toward the playoffs, these Spurs still feel a bit like a zero-sum game. Their stretches of brilliant play are often prelude to a meltdown, or come in response to a huge hole they’ve dug for themselves.

“We’re not a bad team,” Aldridge said after the Clippers loss, “Guys have played tough and played the right way at times. It’s just time to turn it up.”

Aldridge is right. The Spurs are a 61 win team, a 30 win team on the road, have a historically good record when trailing at halftime, and are better defensively than anyone expected, post-Timmy. With four key players out, they overcame an 11 point halftime deficit in Friday’s win over Dallas. The next night, when they had nothing to play for, they hung in for stretches against a supremely talented Clippers who’s trying to secure home court advantage in the first round.

But even with the second seed sewn up, there is major concern entering the playoffs. Pop, for one, was not impressed with their half-effort against the Clippers.

“Our execution at both ends was very poor,” he told the Express-News. “I’m very disappointed in that.”

This is a team that never says die, but also doesn’t seem to live quite right. They’ve been up 23-3 on the Warriors and down 26 to the Lakers. This is the Spurs we’re talking about, so they may yet discover greatness in spite of themselves. But the playoffs are a hard place to learn on the job, especially when your potential opponents – including first round opponent Memphis – have so many of the qualities the Spurs are used to excelling in.

Whether he can get everybody playing a full 48 minutes is a different question entirely, one that hasn’t found a satisfactory answer. It’s a question that ideally would be answered in February rather than April.

One way or another, the Spurs need to get their bolos back on.