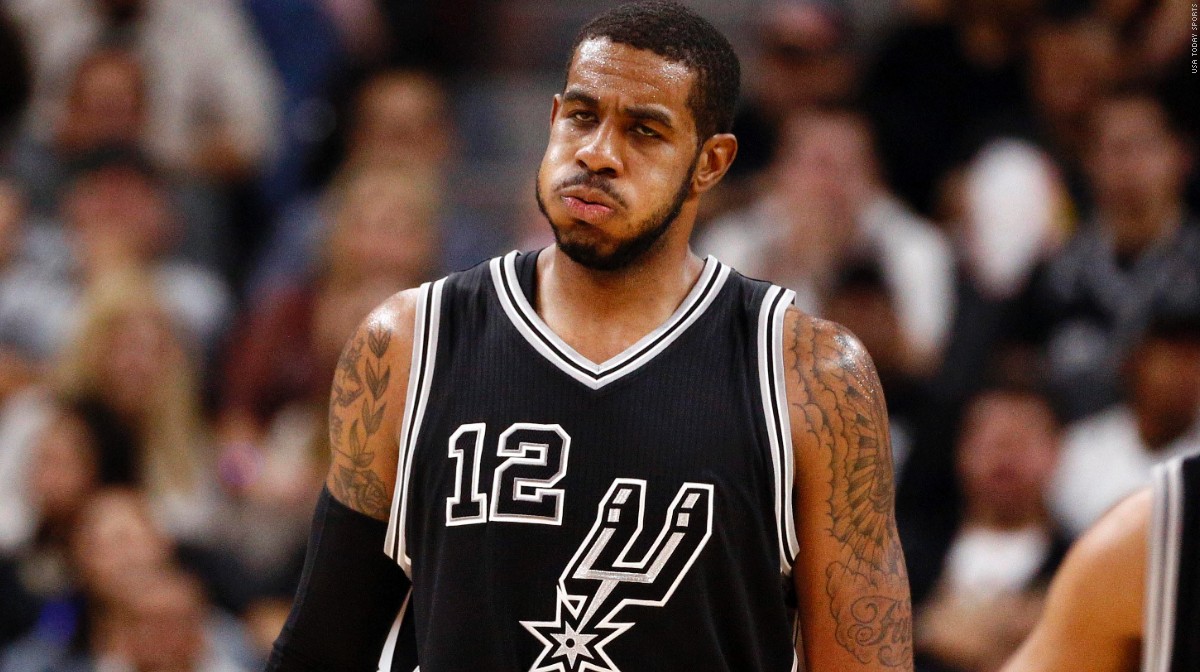 LaMarcus Aldridge And What We Know

A couple of days ago, long-time sportswriter Jackie MacMullan of ESPN dropped an off-handed comment suggesting that Spurs forward LaMarcus Aldridge might not finish the season in San Antonio.

This is not the first time someone associated with ESPN has hinted at a rift between Aldridge and the Spurs. Zach Lowe of ESPN alluded to something similar, pointing out that the Spurs may need to rebuild and that trading Aldridge now would return the best value.

The Spurs as an organization are not very open, so the truth inside the team’s thinking has never been easy to understand because they simply do not engage anyone in rumor-related conversation. Because of this, most of what is said about the Spurs comes from agents or other executives who are dealing with the Spurs.

After this pseudo-story broke, we did some digging around and here is sort of what’s going on.

When Aldridge opted to sign with the Spurs, he was led to believe he’d be the future of the franchise in much the way Tim Duncan took the mantle from David Robinson. The belief was that Aldridge would spend a year learning the “Spurs’ way” and would then lead the team forward with Kawhi Leonard as his wingman.

That was the plan as Aldridge’s camp understood it. That is not how it’s playing out. Leonard has emerged as the better fit as “the franchise player” and Aldridge is being pushed into the No. 2 role (and sometimes No. 3) depending on how the Spurs play. Leonard finished second in Most Valuable Player voting last season.

This has become a source of frustration, mainly because the Spurs are not going to be the championship contender Aldridge thought he was joining and he won’t be the focal-point guy who becomes an All-Star. The other part, according to those around the situation, is that Gregg Popovich isn’t coddling him or treating him like the primary guy. Not that Aldridge requires that, but it’s becoming clear that he may not be the guy the Spurs thought he’d be.

Sources close to the situation say that there has been zero talk of trading Aldridge and that any suggestion of the Spurs being open to it is misplaced. But what those around the situation are seeing (and talking about) is that the honeymoon for both the Spurs and Aldridge is clearly over. Both sides were open to the learning process the first year, but now both sides seem to want the other to deliver on their end of the promise.

No one believes this situation is combustible, but there are some who question if the fit is really what both parties hoped it would be. Nobody we spoke with thought this was really a problem, saying simply that the second year of any deal is when everyone involved wants the promises to be real.

The other part of this is that there is no shortage of teams that would want Aldridge in trade, so that simply amplifies any perceived rift as NBA general managers are keen at sniffing out problems on other rosters with hopes of capitalizing for themselves. That might be where this all started.

It’s safe to say that the Spurs are not remotely looking at moving Aldridge, but it seems equally safe to say that is not a long-term designation. How this season plays out once the real games start will play a huge role in determining the Spurs’ future.