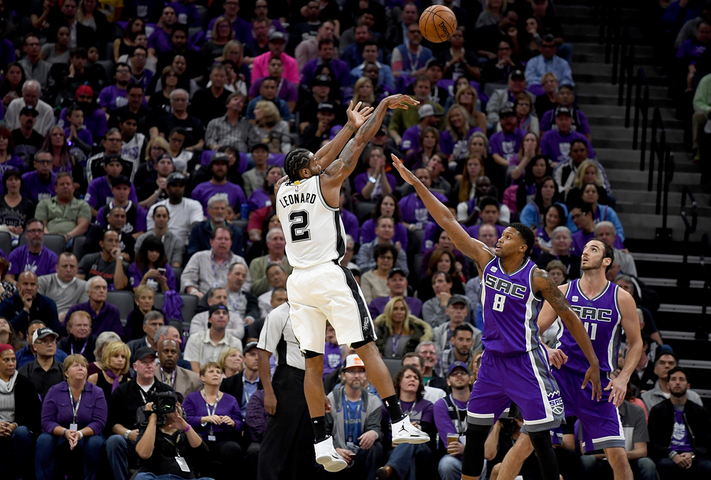 In the Spurs second game of the season against the Sacramento Kings, Kawhi Leonard had another 30 point game to go along with his five assists, five steals, and three rebounds. It would seem that Kawhi Leonard’s off-season training with NBA legend Kobe Bryant this past summer is really paying off. Kawhi was the runner-up last season, coming in a close second in MVP voting to Stephen Curry of the Golden State Warriors. It seems that Kawhi Leonard is making a statement and sending a message to start the season. That message is he will be going after the MVP hardware and he is clearly a step above all other players to start the season.

The Kawhi-Lights of the Spurs Vs Kings Game.

Dare I say he has that Kobe look in his eyes, the look of determination and focus that is very reminiscent of the Black Mamba. Sacramento Kings Center DeMarcus Cousins was asked after the Spurs Vs Kings game what he though of Kawhi.

“That dude is good man, he’s good, he’s really, really good. He was hitting shots over two guys. I mean,  I heard he was working with Kobe and Hummm? There was flashes of Kobe. He’s really good.”

Even Boogie can’t deny the greatness of Kawhi Leonard.

With that statement Boogie just confirmed what Spurs fans already saw coming and that is Kawhi Leonard is going to have a MVP season. The surprise is not only will he have an MVP like season. But has he already elevated his game to the point, where one can think? He is the second coming of the Black Mamba himself Kobe Bryant? I guess we will all find out this season and I for one look forward to being a witness to the birth of a NBA legend in the making.

Join Spurs Fan Cave and Become A Registered Member FREE for a chance to win a Spurs Watch Party. 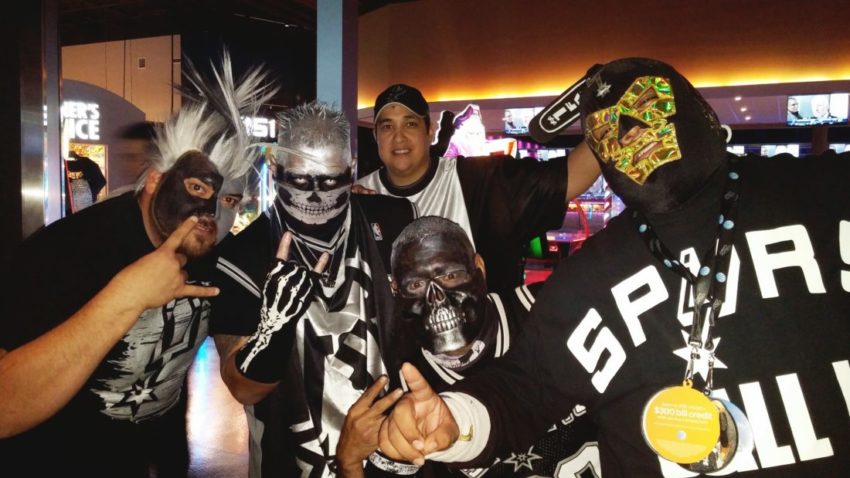