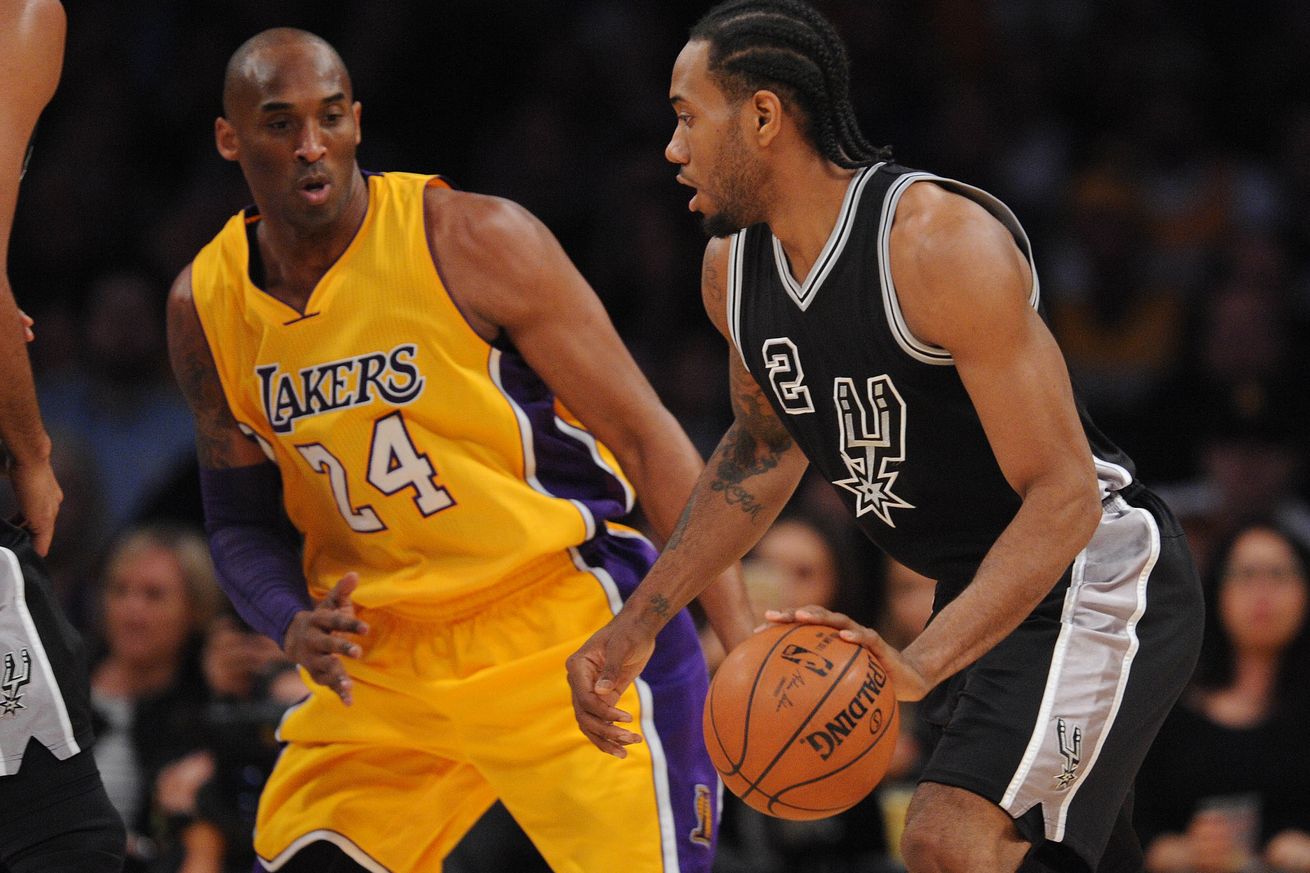 That and more with today’s best Spurs news and articles

Before you freak out, everyone knows that Kawhi Leonard and Kobe Bryant couldn’t be on further ends of the spectrum from personality, ego and style standpoints, so that’s not what this is. Still, Jason Concepcion of The Ringer took a look The Klaw’s numbers this season, and they are shockingly similar to those of The Black Mamba during his 2008 MVP campaign. With his new-found shooting touch from all over the court and ability for singular dominance, the league just might have a new mamba who just so happens to be less selfish, more team-oriented, and a better defender.

A playoff battle of underappreciated stars

What was was expected to be the most boring series of the first round of the playoffs has turned into a thriller thanks to a playoff battle no one saw coming…but perhaps they should have…between Leonard and Mike Conley. Neither team has a defensive answer for the other, and result has been an even more exciting series than the highly anticipated match-up of MVP favorites Russell Westbrook and James Harden.

Can the Spurs rediscover their mojo at home?

Everything that went right in San Antonio went wrong in Memphis. That is often the case on the road in a heated playoff series, and it’s why the Spurs are hoping to rediscover their defense that they left behind after Game 2 for a pivotal Game 5, according the Jeff McDonald of the San Antonio Express News.

The future is bright

Brett Pollakoff of Fox Sports took the the time to rank all 30 NBA franchises based on their five-year outlook using considerations like talent, age, length of contracts, and organizational competence. Predictably, the Spurs are in pretty goods hands with PATFO and Leonard at the helm, but there’s just one question holding them back a little: how much longer will Gregg Popovich be around? Naturally, that begs the question…

When (and if) Pop does retire, who replaces him?

Simon Shortt at hoopshabit.com compiled a list of of both short and long-term options for Pop’s predecessor should he retire in the next two to five years. There’s probably plenty of names in there you expected, but perhaps a surprise or two as well.