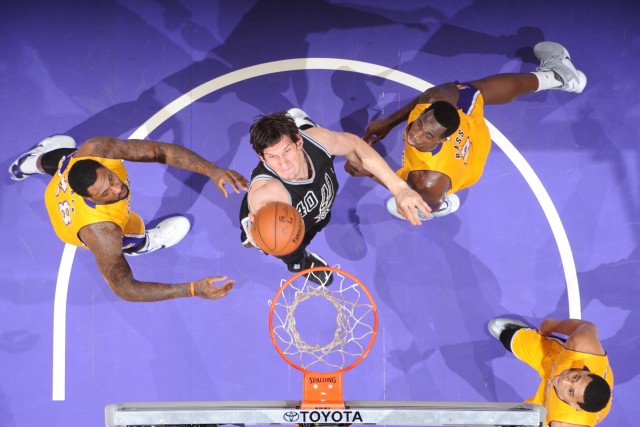 Boban Marjanovic, the undrafted, 7-foot-3 rookie from Serbia, already is one of most popular athletes in San Antonio, having garnered a growing cult following well beyond the typical NBA fanbase. There are whole social media pages dedicated to the burly center’s Brobdingnagian hands — mitts that can clutch a basketball like you or I would a grapefruit.

Ready or not, Bobanmania is for real. And if the advanced stats are any kind of bellwether, the phenomenon might not be going anywhere for a long, long time.

Majanovic is many things. What he isn’t, however, is the typical big who barely scrapes seven feet in shoes. Standing 7-foot-2 1/4 while barefoot, with a solid 300-pound frame, Boban’s 9-foot-7 standing reach is the second-longest ever measured for an NBA player. That’s just five inches lower than the rim, for those scoring at home.

Source: Is Boban The Best Rookie In NBA History? No, But … — The Cauldron — Medium