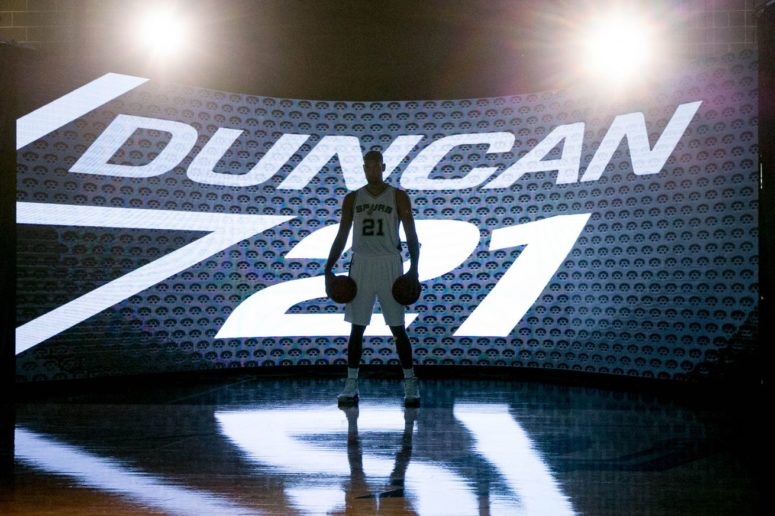 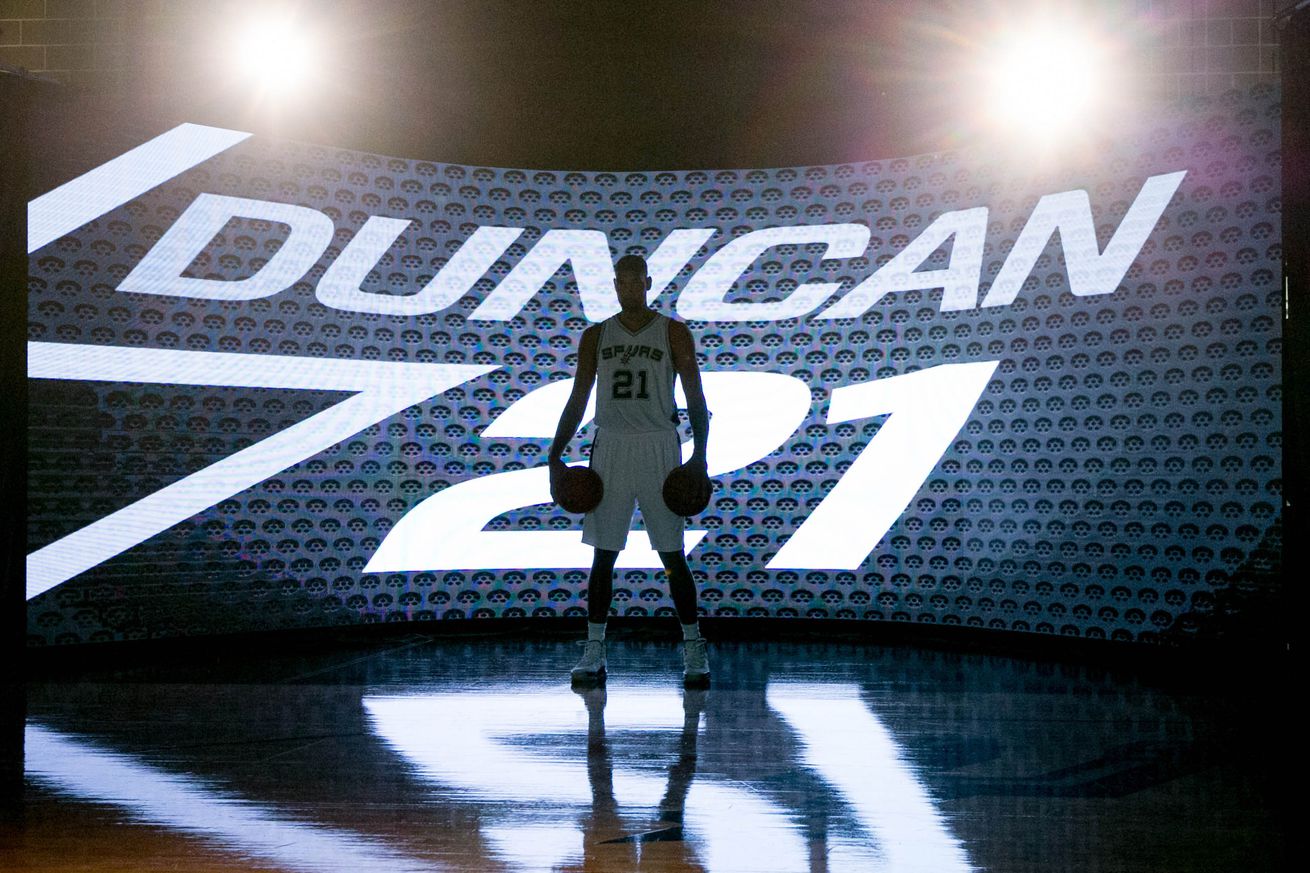 I decided I needed to get acquainted with early Tim Duncan and — man, he was good.

Age is a factor that all athletes encounter. The way athletes face this issue differs between individuals. Some athletes try and fight their age like a certain Los Angeles Laker great that retired last year. Others players adapt and change over time to help their team win in any way they can, like Tim Duncan did with the Spurs.

In a recent conversation I had with PtR’s editor, J.R. Wilco, we talked about what Spurs fans often talk about, past NBA Finals. He talked about how agonizing the 2004 playoffs were for him and how lucky Derek Fisher’s shot was in that series. Then it dawned upon me, the Tim Duncan from the 2004 playoffs was practically and entirely different player than the one I saw in 2014 finals.

I told Wilco that I simply could not imagine Duncan being the offensive superstar on a championship team. He responded, “I can’t imagine being a Spurs fan without being able to remember dominant Duncan.”

Well, in the art of full disclosure, Duncan was drafted in June of 1997, three months before I was born. I started following basketball in 2008 and I completely missed Big Fun’s dominant era. With my curiosity piqued, I simply had to see the younger offensive juggernaut version of Tim for myself. And I wanted to see how Duncan evolved as the years went on.

I started my deep dive with the 2005 NBA Finals, game seven. A classic Duncan game in which he scored 25 points, pulled down 11 boards and tacked on three assists and two blocks just because he could. My first impressive was pretty mind-boggling.

“Wow, Manu had a lot of hair back then.”

Then my attention turned to Duncan, how couldn’t it? He was on the floor for 42 minutes. There is no way the Duncan I knew could play 42 minutes in a game seven. But this Duncan was graceful in the paint. He glided past noted defensive monster, Ben Wallace. His positioning was perfect; he used his long strides to create space for his long jump hook. When a 20-something Tony Parker threw Duncan the ball the entire team gave him space and watched him work.

Here’s an example of this; Tayshaun Prince got cross-matched on Duncan after a Piston miss and the entire team knew what was coming. All four players moved away from Duncan to allow him to take Prince to school. All the Pistons saw this mismatch too and packed in the paint. Richard Hamilton tried to double team Duncan but he just rose up, absorbed the contact and finished. Throughout the game, Duncan either scored or set up his teammates on the way to another championship.

The next game I watched was perhaps the best game of his career: the clincher of the 2003 Finals when Duncan almost went for a quadruple-double against Jason Kidd’s New Jersey Nets.

Never in my wildest dreams could I imagine my Duncan going for a quadruple-double. From my own experience, if he took more than 10 shots I was shocked. Duncan put up a silly 21 points, 20 rebounds, 10 assists and eight blocks. Absurd in a regular season game — but he did it in a championship clinching Game 6 of The Finals.

So, yeah, Tim Duncan: pretty good basketball player in his prime. But then there’s the Tim Duncan I knew. The Duncan of my youth was the equivalent of the old man that walks into the gym and teaches all the young bucks a lesson with phenomenal fundamentals, which is why I assume he got his nickname, the Big Fundamental.

Duncan was not the primary scorer on the offensive end of the floor anymore. Tony Parker and a blossoming Kawhi Leonard took over the offensive load during the 2014 finals but Duncan still got his buckets. He averaged 15 points and 10 rebounds during the series and was probably San Antonio’s most important player on the floor. He was still the best rim protector on the Spurs and grabbed so many invaluable rebounds. Not to mention the key picks he set on offense to free up Parker for easy layups, or the crisp passes he made out of the post to give Leonard open three-pointers.

Here is another picture of Duncan in a post isolation play against Udonis Haslem. This was the play when I realized just how different J.R’s Duncan was from mine. 2004 Duncan would have slipped by Haslem to hit a jump hook. My Duncan got blocked. He had to help in other ways and of course he did because he’s Tim Duncan.

Here is an example of Duncan freeing up Parker for a layup without making contact with the ball. Duncan gives Chris Anderson a not so subtle shove to force him to play up on Parker. Parker uses his superior speed and blows by Anderson to get an easy layup. Duncan’s push allowed the entire play to happen and is just one of the many ways he used his veteran knowledge to get his team a layup.

His evolution throughout the years allowed Duncan to have a long 19-year career in San Antonio. Older Spurs fans will remember him as the lanky unstoppable power forward that carried the Spurs to several championships.

I’ll remember Duncan as the old man on the court that used his superior fundamentals, advanced basketball knowledge and veteran leadership to carry the Spurs to even more championships. No matter how you remember Duncan, he’s the man that brought San Antonio five championships and evolved into the best power forward to ever play the game.