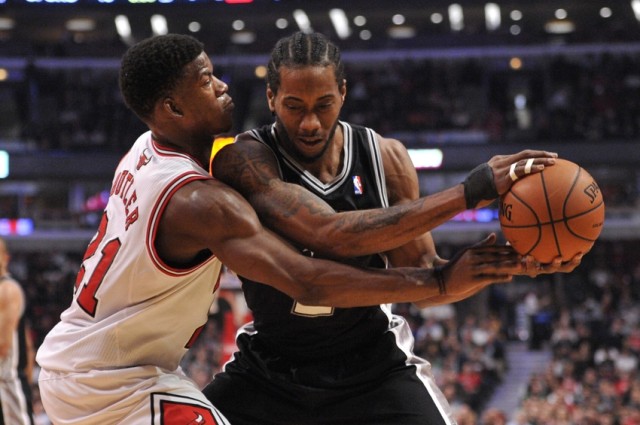 Leonard, 24, is the Spurs’ top scorer at 22 points per game, one tenth of a point behind New York’s Carmelo Anthony for 10th in the league. […] that night in Chicago 2 ½ years ago, Leonard had been a role player for the Spurs. The Spurs’ Big Three returned to the lineup, and Leonard became a role player again. A former Finals MVP and the NBA’s reigning Defensive Player of the Year, Leonard has his first career All-Star berth in his sights. “He will work hard over a long period of time for a goal,” said Spurs shooting coach Chip Engelland, who helped work out Leonard in the offseason. If he can maintain his scoring average for the rest of the campaign, it would make Leonard the highest-scoring Spur since Parker also averaged 22 points in 2008-09. From the very beginning,” player-development coach Chad Forcier said, “Pop threw him into the fire and has given him all the opportunity in the world to get experience and learn, and all the room to grow through the mistakes. Lately, Popovich has been feeding Leonard tape of Charles Barkley for tips on how to beat the double-teams that will inevitably come if he keeps scoring at this clip…..Read More