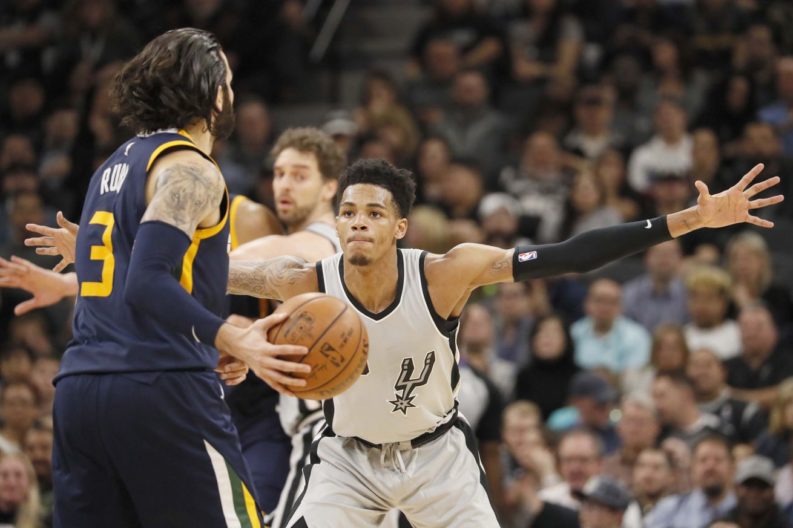 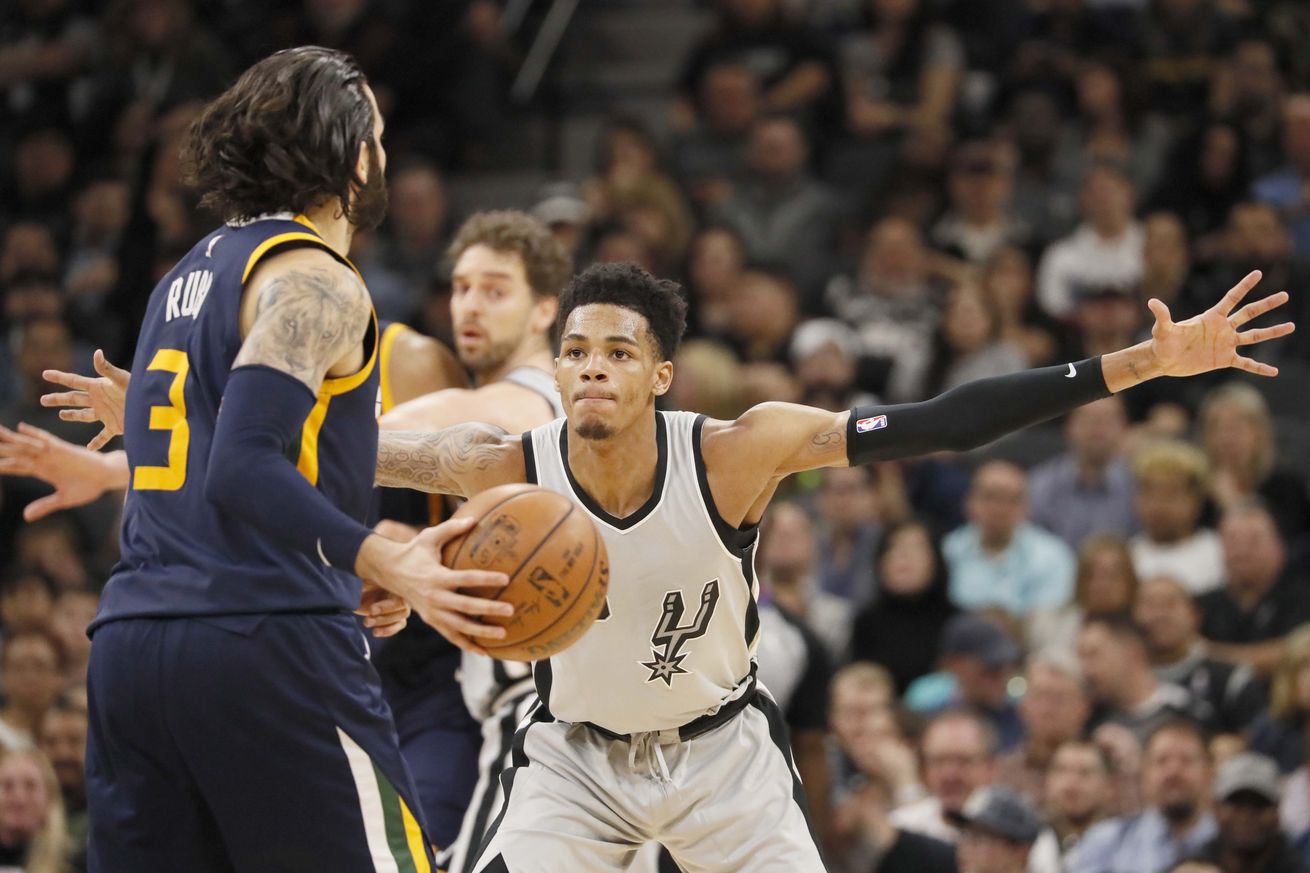 Rubio’s relentless attack was about more than just shooting

Last week’s Study Hall column covered the Spurs’ struggles to score against the Philadelphia 76ers’ defense. Heading into that game, San Antonio held a 30-4 record when scoring 95 points or more. In Saturday night’s home loss to the Utah Jazz, the Spurs blew by that 95 benchmark en route to 111 points and a 111.1 offensive rating, a number that would rank third in the league this year behind only Golden State and Houston. Offense was not the issue. As my colleague Bruno Passos wrote, it was the Spurs’ second-ranked defense that let them down in this one, against a Jazz team playing without its leading scorer, rookie Donovan Mitchell.

Bruno also correctly pointed out that Ricky Rubio’s abnormally hot-shooting night (11-of-14 from the field, 3-of-4 from three) wasn’t the lone factor in bringing down San Antonio. Sure, Rubio going 5-of-6 from the midrange when he normally shoots 40.8% on fewer than four mid-range attempts per game did not help. But, it was the threat of Rubio’s shot that allowed for all the penetration that ultimately beat the Spurs. Per NBA.com, the Jazz drove the ball 69 times in the game, scoring 28 points on shots off those drives, and generating an additional 13 assists. Coming into the night, the Jazz ranked second in the league in drives at 51.9 per game. They were averaging 23 points and five assists per game off those drives.

Rubio alone drove the ball an absurd 26 times, generating five assists himself (he normally averages 10 drives per game and 1.4 assists off those drives). For context, Russell Westbrook leads the league in drives per game at 18.9.

In the play above, Rubio gains a step on Dejounte Murray after Joe Ingles slips a screen. Pau Gasol is late to help because he has to worry about Ingles coming off a Rudy Gobert screen. That forces Patty Mills to have to commit all the way into the paint, leaving Alec Burks wide open in the corner. That happened a lot in this one. San Antonio allowed 26.6% of Utah’s looks to be “wide open” threes per NBA.com, a number that would rank worst in the league. Typically, the Spurs allow opponents to shoot just 17.7% of their shots on wide open threes, a league-average mark.

With less than six minutes left and the Spurs down just three points, Rubio went back to work with another drive and kick. On this one, again, Mills leaves his man to prevent a lob to Gobert, leaving Royce O’Neale open. Mills just doesn’t have the length to properly contest:

Even worse than the three-point shooting was the constant barrage of free throws the Jazz were able to generate off the penetration. Utah’s 36 free throws were double San Antonio’s 18 attempts, leading to a 17-point advantage at the line. Per Basketball Reference, there have been 1,566 games played this season (through 2/3/2018). The Jazz’s free throw rate of 52.2% was the 15th highest rate by a team this season. Amazingly, the Spurs weren’t even intentionally fouling at the end (unless you count Manu’s reach in on Gobert), so these were fouls that were actually earned by Utah (your opinion of the officiating notwithstanding). Coming into the game, San Antonio ranked best in the league at keeping teams off the line, allowing an average opponent free throw rate of just 21.7%.

On this play, Rubio gets Aldridge to switch onto him and exploits the mismatch with a foul-drawing drive.

This play was particularly brutal because it came with the Spurs down just three with a little over two minutes left. Rubio knocked down both free throws. This kind of fouling is not representative of a troubling pattern for the Spurs defense. But it does help explain why they weren’t able to get crucial stops down the stretch and pull out this win at home.

It was a disappointing defensive showing, especially since it wasted a tremendous offensive performance by Aldridge and strong showings by Parker and Ginobili. The hope with Murray is that he can be the type of shut-down defensive player, so that opposing point guards will not be able to dominate games like Rubio did in this one.