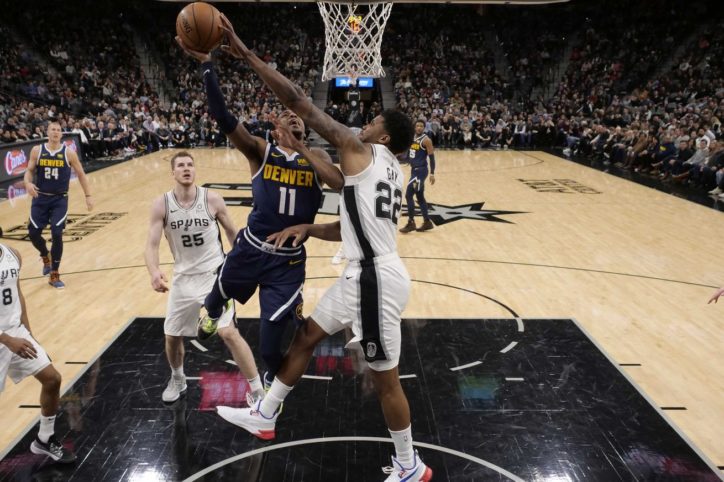 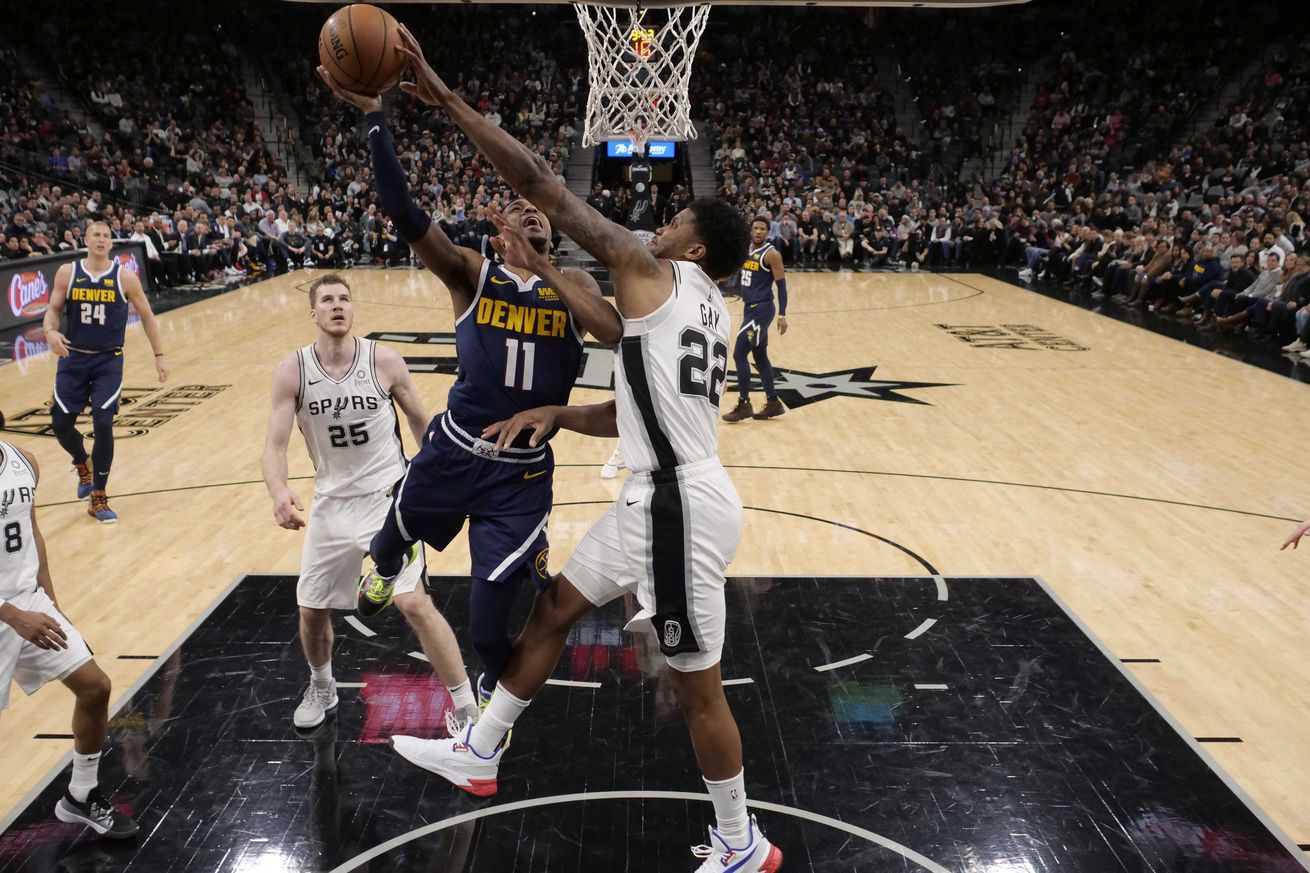 In a deviation from the rest of the season, the Spurs defense came through in the clutch.

The Spurs narrowly avoided a late collapse against the Nuggets on Monday night. Despite holding a double-digit lead for most of the 4th quarter, they had to stop the Nuggets on 4 consecutive scoring opportunities to close the game. Miraculously, for a team that hasn’t been able to stop much of anything for most of the year, they got it done.

Getting there required a series of improbable reversals. The Nuggets hit 5 straight threes in a three and a half minute span, after having made just 12 of their first 34 attempts. In that same span, the Spurs could only muster a single bucket, with DeMar DeRozan sinking a difficult floater with 2:31 to go for what ended up being the game-winning points.

At the time, DeMar’s bucket gave the Spurs what seemed to be a safe 10-point lead. But they came up empty on all 3 of their ensuing offensive possessions, and Rudy Gay missed both of his free throws with 4 seconds to go, nearly giving the game away. But they managed to get some good looks in that stretch.

When the Spurs are running clock, they typically put the ball in DeMar’s hands and let him dribble the clock down before attacking, sometimes in isolation and sometimes in the pick and roll. They will also throw it into the block, usually for LaMarcus Aldridge, but DeMar and Rudy get those looks sometimes as well.

For the most part, these aren’t terrible possessions, though the Spurs generally do a better job of running the clock than generating a quality shot. Still, if either Derrick White’s open three or DeMar’s driving layup had dropped, it would’ve likely turned the game into a parade of trips to the free throw line.

They didn’t, and after DeMar’s missed layup with less than 30 seconds left, the Nuggets appeared to have the upper hand. They had scored on 5 of their last 6 possessions and were poised to take the lead, but it wasn’t to be.

This is probably not the look the Coach Malone was hoping for, but Murray has made 35.1% of his step back threes this year, and this one isn’t closely contested, so it’s not especially terrible.

Paul Millsap is able to push Rudy just far enough into the paint that he can’t quite collect the rebound and he loses it out of bounds, giving the Nuggets a second chance.

Murray inbounds the ball to Nikola Jokic on the right block then curls around him for a dribble hand off. With White trailing and Jokic rolling to the rim, LaMarcus can’t come out very far, giving Murray an open floater from 14 feet. It catches back iron and comes off to the left side.

Millsap is once again able to force Rudy out of position. He comes much closer to securing the rebound this time, but it ultimately ricochets off his knee and out of bounds, giving the Nuggets a third chance.

This play very nearly produces a wide open layup. Jokic sets a down screen for Murray in the right corner, then trails him up to the free throw line as if the two are going to set screens on either side of Gay in an attempt to free Millsap for a run to the basket. Jokic screens for Murray, instead, who cuts back out to the right wing.

The sudden deviation catches the Spurs off guard, and both Lamarcus and White initially follow Murray, leaving Jokic all alone as he rolls to the rim. Only DeMar’s active defense on the inbounder delayed the pass long enough to allow LaMarcus to recover. Bracketed by LaMarcus and Rudy, Jokic takes a dribble out from underneath the backboard and looks to pass. LaMarcus deflects the ball and Rudy secures the steal, forcing the Nuggets to foul.

For a brief moment, the Spurs appeared to have reasserted control over the game, but Rudy bricked both attempts from the line, giving the Nuggets yet another opportunity to take the lead.

After calling timeout, the Nuggets inbounded from the left sideline with 4.3 seconds to go.

Gary Harris comes rocketing out of the right corner over staggered screens from Millsap and Jokic. He’s open as he gets to the top of the key, but once again, DeMar’s defense on the inbounder disrupts the play.

Just as Harris clears Jokic looking for the ball, DeMar shifts from preventing a pass towards the rim to denying the center of the floor. His quick, and likely unexpected shift forces Will Barton to hold onto the ball a beat longer. Advantage lost, Harris flashes to half court to receive the inbound, where he makes the catch. With Harris trapped 50 feet from the basket, Patty Mills takes the Spurs’ last foul, making the Nuggets try to inbound the ball again.

The Nuggets’ back up option appears to have been Jokic cutting down to the corner, and though he would also have been trapped, it’s unlikely LaMarcus would’ve risked taking the foul for fear Jokic could’ve earned free throws with a quick shot attempt.

That set up the Nuggets’ final attempt with 2.4 seconds on the clock.

Murray and Harris curl around a screen from Millsap, then split off an offensive lineman block he throws on Derrick. Patty is able to stick with Harris through all the commotion, but Millsap drags White into the paint, forcing Rudy to follow Murray up top. If possible, Jokic would probably have preferred to hit Millsap down low. He would almost certainly have been able to generate a higher percentage look with White on his back than either Harris or Murray could 25 feet from the basket.

But with LaMarcus jumping and waving his arms all over the place, Jokic makes the safe play, giving it to Harris as he comes free in the left corner. Harris turns and launches a fading three that rims out as time expires.

The Spurs escaped with another victory, though they did it with a different formula than they have all year. With the offense faltering, the Spurs’ defense carried the load. That’s not likely to become a common occurrence, but for one night at least, they got stops when they needed them most.