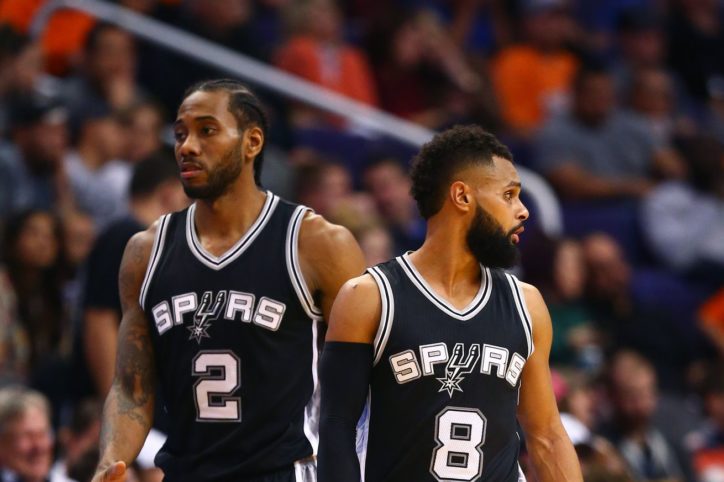 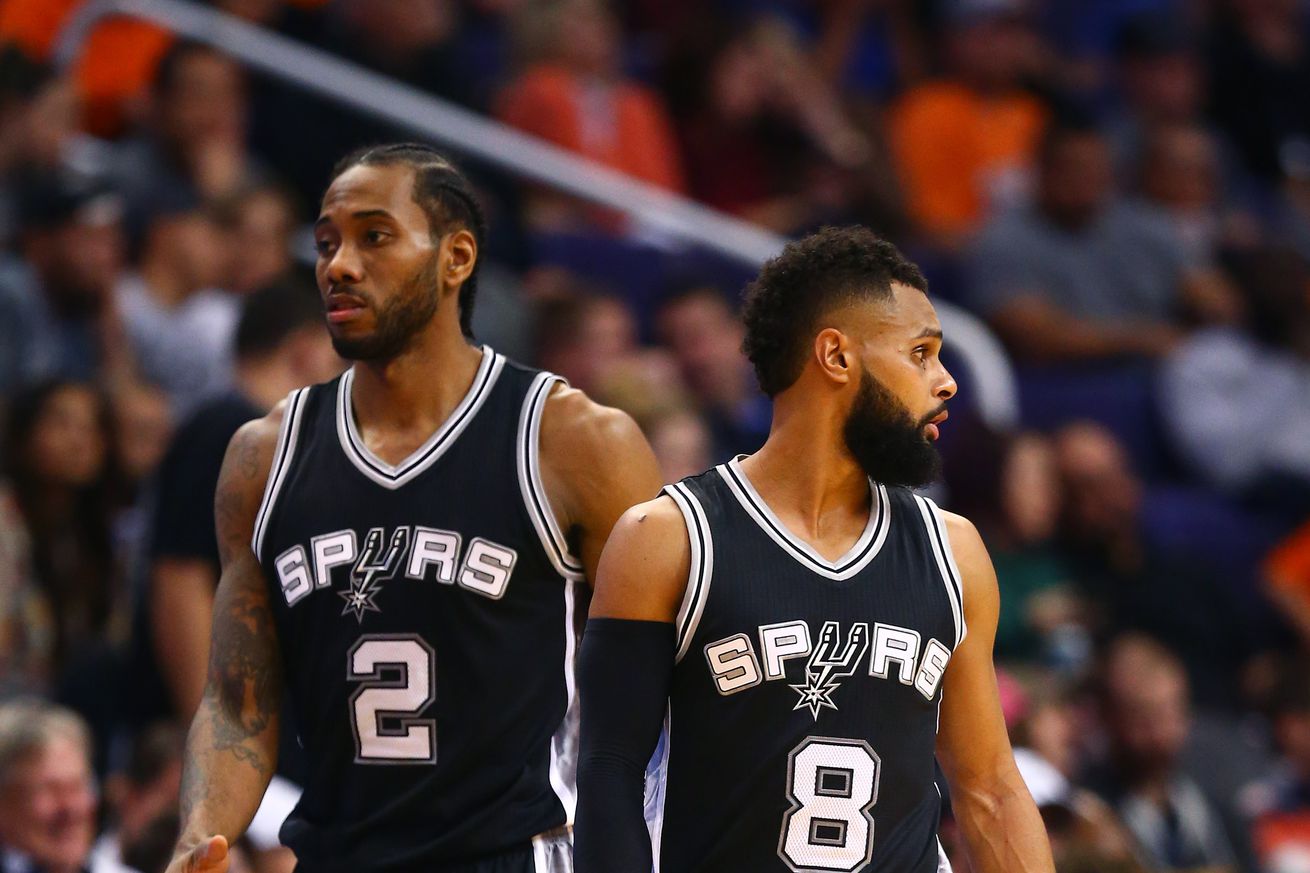 San Antonio had Derrick White on a minutes restriction, which means they had to do try something extreme.

Somebody on the Spurs’ coaching staff is having a little too much fun. Using Patty Mills as a primary defender on Kawhi Leonard should not work. There’s simply no reason to believe that a 6’0”, 180 pound guard would have a chance of containing the guy who seemed on the verge of almost single-handedly ending the Warriors run just two years ago.

Patty has the 3rd worst defensive on-off numbers on the team, behind only Marco Belinelli and Dante Cunningham, per Cleaning the Glass. He struggles to stop penetration and is especially vulnerable to mismatches. And yet, for the most part, the plan worked.

It wasn’t the Spurs’ first option, though. Just as in their first matchup, Derrick White took Leonard from the tip, and continued to give him problems. In the 11 minutes the two shared the floor on Firday night, Leonard scored 6 points on 7 shooting possessions with an assist and a turnover. But with Derrick on a minutes restriction as he returns from injury, the Spurs were unable to rely on Derrick to mirror Leonard’s minutes this time.

So when Derrick went to the bench just 5 minutes into the game, Patty Mills took the job. Leonard got the ball on the 2nd possession after the substitution, and showed exactly why that matchup should be unsustainable.

The Spurs know Patty can’t guard Leonard in the post one-on-one, so they’re committed to bringing help. Leonard knows it, too, so he turns and looks for the help defender, then hits the open man. Pascal Siakam kicks the ball out to Marc Gasol who swings it to Kyle Lowry for the open three.

But the soft double on Leonard isn’t the problem here. LaMarcus is probably supposed to drop deeper into the paint to prevent Siakam’s cut, with Bryn Forbes picking up the two Raptors near the top of the key. Once Siakam catches, there’s no reason for both of them to help, either. Bryn doesn’t need to close out so hard to Gasol, but once he does, Rudy, the original help defender, has to get out to Lowry on the wing.

Watch Rudy, though, he barely moves.

The Spurs did a much better of job of defending Leonard’s post up the next time down the floor.

That’s the shot they should’ve given up the first time.

The Spurs’ help defense continued to make life difficult on Leonard in the post throughout the game.

Patty did an even better job guarding Leonard on the perimeter, though he had a ton of help from solid team defense behind him.

He’s consistently in Leonard’s space, but without fouling. He disrupts Leonard’s timing, and doesn’t give up an inch. Behind him, the Spurs defense loaded up to deter Leonard from attacking, hoping for a swing pass along the perimeter, or even better, a contested pull up jumper.

Just look at the amount of attention the Spurs are paying to Leonard as he dribbles on the right baseline.

They force him to give the ball up, and Davis Bertans does a great job of contesting Danny Green’s three-pointer. The rebound takes a bad bounce and they have to reset, and eventually get a little lucky that Serge Ibaka misses the putback dunk.

For the first 3 quarters, the Spurs had a fair amount of success with this scheme when Derrick was on the bench, forcing the Raptors’ other players to makes shots, before reverting to their usual switching on the perimeter in the 4th. The change was just disruptive enough that the Spurs were able to retake the lead, and but for a late lack of focus by DeMar DeRozan, could have been a key difference in the game.

There’s actually some solid reasoning behind choosing to match up like this. Aside from Derrick, the Spurs don’t have a player who can guard Leonard consistently all over the court. Essentially, they were going to have to send help anyway, so putting a player who could get targeted in any matchup on Leonard reduced the Raptors options for generating mismatches.

Without 30-35 minutes of Derrick, the Spurs are going to have to get by with this kind of creative scheming, a lot of help, and good rotations on defense, or they won’t get by at all. As well as this particular plan worked out, all things considered, the Spurs still gave up 117.65 points per 100 possessions.

Of course, the Raptors are a very good team, with the 2nd best record in the league and the best record at home. The Spurs’ were 10 points underdogs for a reason. That they managed to keep it so close, nearly escaping with a much-needed victory, is a good sign. If this is the team that shows up for all the team’s road game from here on out, with a fully healthy Derrick White, the Spurs will be in good shape. Still, let’s hope this is the last we see of Patty Mills: Defensive Stopper.