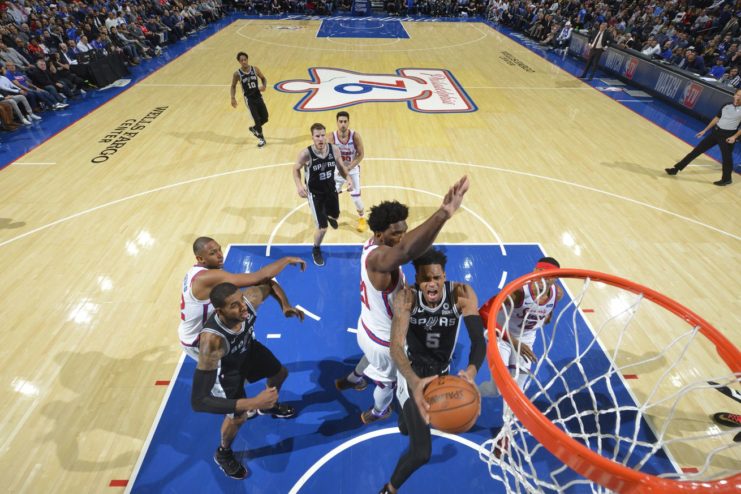 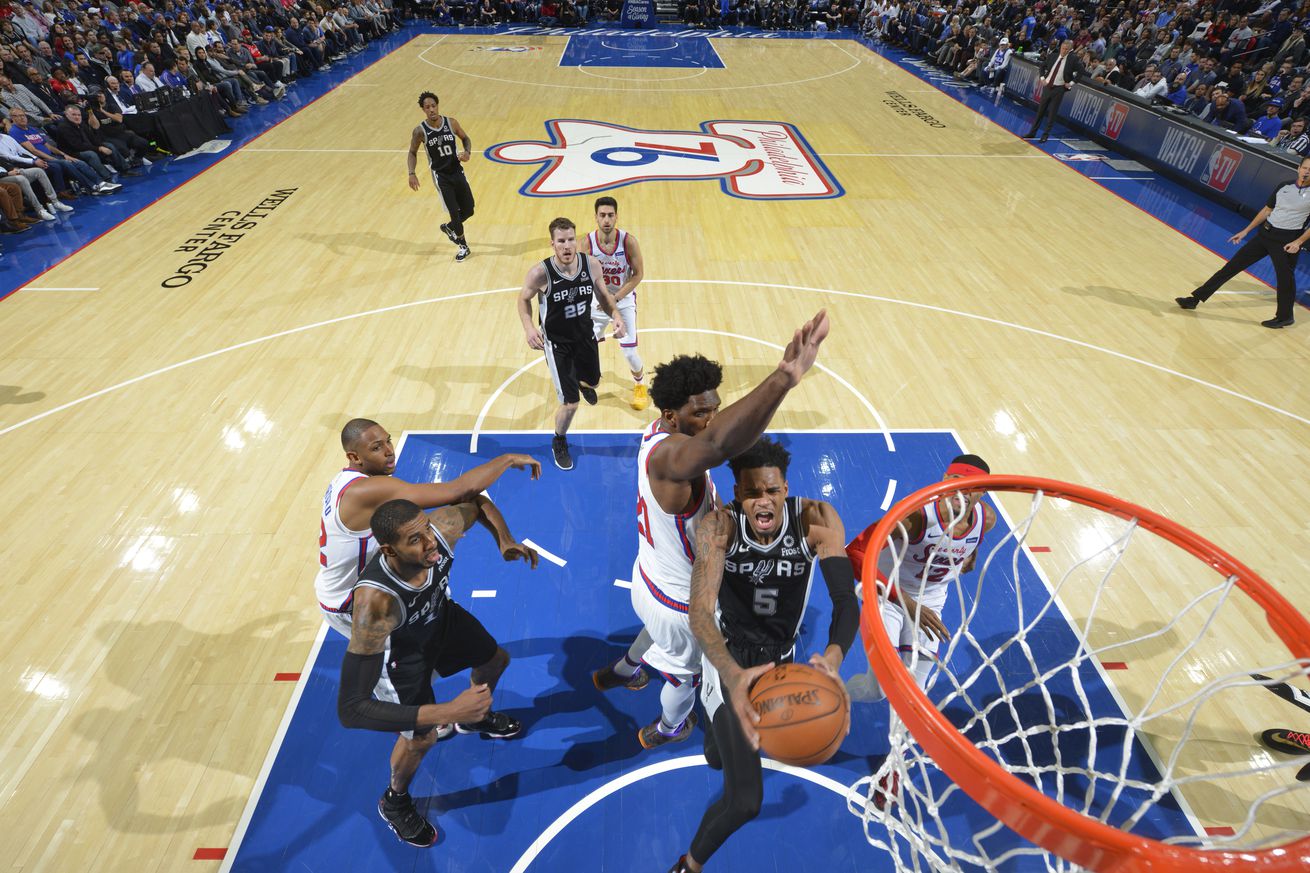 The Spurs’ starting lineup underwent its second change of the season in their Friday night loss to the 76ers. Dejounte Murray returned to his spot at point guard after sitting out on the 2nd night of a back-to-back against the Wizards, and Jakob Poeltl started his 2nd consecutive game at center.

Along with Bryn Fobes, DeMar DeRozan and LaMarcus Aldridge, the group actually held up fairly well against the 76ers imposing starters. They may have been a -11 in 26 possessions, but as usual, single game plus/minus is a bad way to judge the efficacy of any unit. In this case, the Spurs shot 1/7 from three with their starters on the floor, while the 76ers went 3/3.

Bryn accounted for 5 of those attempts, but he had a rough night, hitting just 3 of his 10 shots overall and missing several wide open looks badly. Bad shooting nights happen, though, and they aren’t necessarily an indicator that something’s wrong. In this game, the Spurs’ starters generated multiple quality looks against a very good defense, especially in their stint at the beginning of the 2nd half.

They kicked off the 3rd quarter with Bryn’s lone three point make of the night.

Jakob’s pin down screen doesn’t do much more than make Tobias Harris take a small detour, but LaMarcus does a great job of creating a window for Bryn to pull up after the hand off. Using the two bigs to set the screens makes it much less likely that the 76ers will effectively switch the action, though Al Horford does a good job of getting over LaMarcus to get a hand up.

For Dejounte in particular, this is a great way to punish teams that sag off of him, though he should commit to the screen instead of slipping out to the arc.

The Spurs also found ways to get deep into the paint during this stretch, even in half court offense, something they’ve struggled to do for much of the season.

Though the play results in a turnover, it should have been a dunk. By running the pick and roll low on the left side of the court and stationing Jakob at the weakside elbow, it’s difficult for Joel Embiid to help quickly enough to cut off Dejounte’s penetration. He’s able to force Dejounte under the rim, but all the young point guard needs to do is drop the ball softly behind Embiid to get an easy two points. He tries to flip it straight to Jakob, though, and misses badly.

They Spurs used a similar setup to create enough space for another Dejounte drive a little later.

With the 76ers in zone defense, they don’t expect Dejounte to be able to split the top two defenders so easily, but he blows right between Harris and Furkan Korkmaz, drawing the foul on Harris in the process. Embiid is again unable to cut off penetration because of how high he is on the floor, which leaves the left side of the glass open, though for some reason Dejounte tries to get into his body and create space on the right side, resulting in an easy block.

As has been the case with the team as a whole, and as we’ve covered before, the Spurs’ newest starting lineup appears to have the ability to create quality shots and score at an acceptable level. Now, if they could just force the other team to miss a few more shots, they might actually win a game.