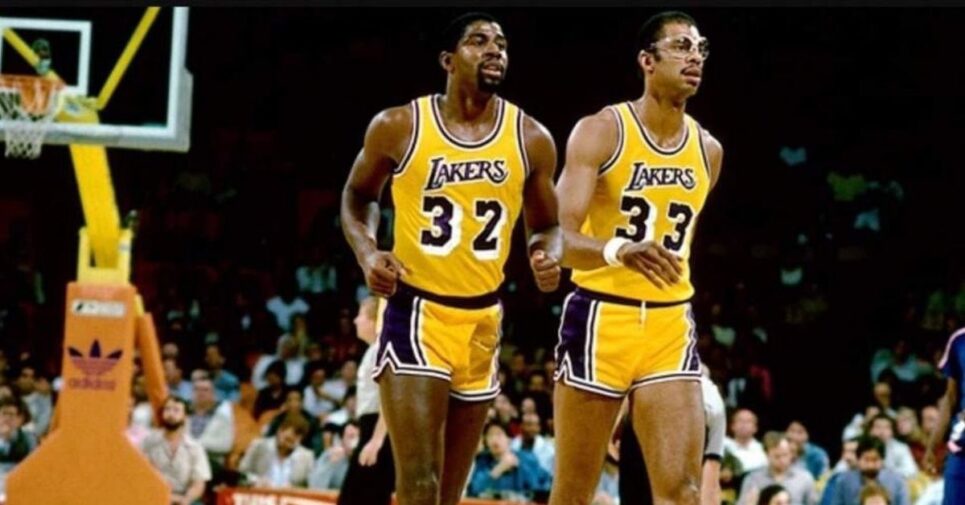 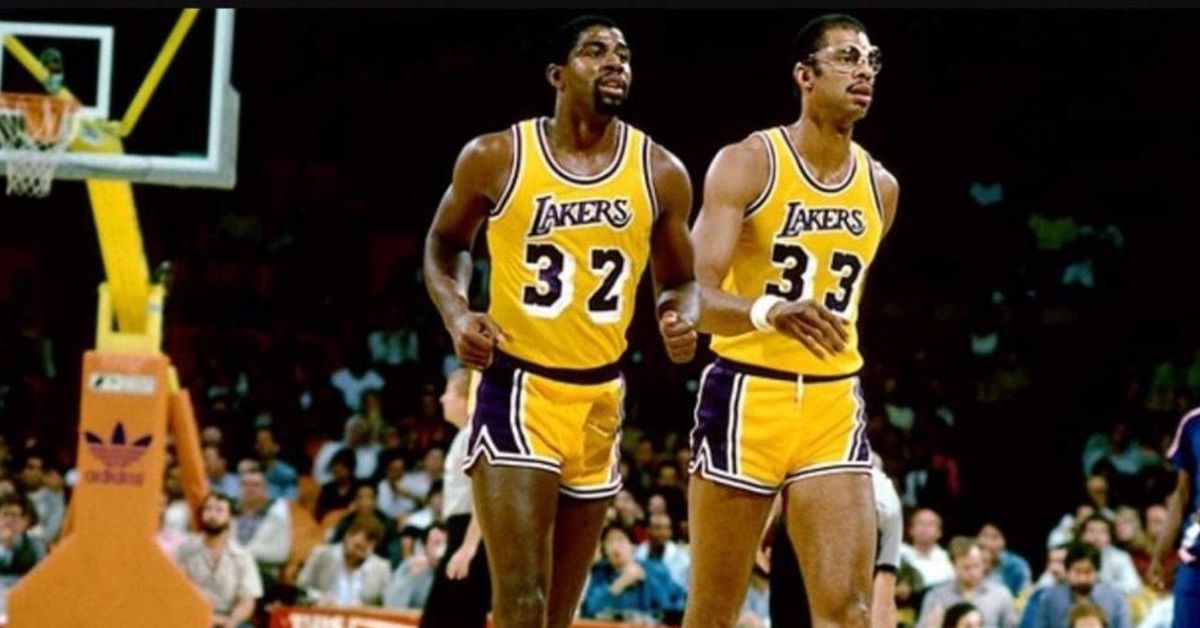 “Winning Time” on HBO just finished the first season of the story of the start of the Los Angeles Lakers’ Showtime. A second season would presumably focus on the Laker – Celtic battles of the 1980’s, with a possible third season about the Shaq – Kobe mini-dynasty and its collapse. That soap opera deserves its own season.

The first season of “Winning Time” was admired and reviled, fun and disappointing, funny and stupid, accurate and inaccurate. The show’s portrayal of Lakers legend Jerry West was especially controversial, though the show softened his character as the season went on. Other portrayals appeared more accurate. In particular, the actor playing Magic Johnson was able to master Magic’s smile and personality, and even credibly imitated his unique basketball style.

Because I am a basketball coach and not a television critic, this will focus on the basketball part of the series, and in particular, the “Winning Time” treatment of the last game of the 1979-1980 Finals. Hard-core fans may remember that the 1979-1980 Lakers season began with a Kareem Abdul-Jabbar sky-hook at the buzzer winning the first game of that season. As with the first game of the season, Kareem was a key component in how the last game of Magic’s rookie year became an iconic game in NBA history. While Kareem’s presence was the key to the first game, his absence was the storyline of the last game, both in reality and in the “Winning Time” re-creation.

In the Lakers’ Game 5 win over the 76ers, Kareem rolled his ankle, badly spraining it. (Kareem often injured his ankles, but not his knees. He said he wore low tops for that reason — accepting the risk of sprained ankles to avoid more serious injury traveling higher up the leg to the knee. I have no clue whether that theory has medical validity, but he swore by it.) “Winning Time” accurately portrayed the injury — and Kareem limping back onto the court to power the Lakers to the win.

His badly sprained ankle meant he would not be able to play in Game 6 in Philadelphia. The Lakers kept him in L.A. to avoid the effect two long flights might have on his swollen ankle — the flight to Philadelphia for Game 6, and the flight back for the anticipated Game 7. (The league had not yet transitioned to the 2-3-2 format for the finals, which minimizes travel.) The scene in which Magic saunters onto the Lakers’ plane to Philadelphia and takes Kareem’s “captain” seat for the flight made for good television, and apparently actually happened.

On both the show and in reality, everyone anticipated the 76ers would win in Game 6, and for good reason. Despite the show’s focus on Magic, Kareem had been the Lakers’ best player all season. In the playoffs, he averaged 31.9 points, 12.1 rebounds, 3.1 assists, and 3.9 blocks — and this was all from a 33 year-old player. People forget how good Kareem was, perhaps because our last memories of him came when he was finishing his career in his forties. But he was the best college player ever, won a championship with the Bucks, and won the NBA MVP award a record six times. He was also the only player to win the MVP award while playing for a team that didn’t make the playoffs, the 74-75 Lakers.

Importantly for our story, and for the plot of “Winning Time”, one of Kareem’s MVP in the 1979-1980 season. When the Lakers went on the road for that Game 6 in Philadelphia, it was without the league MVP: their best player, leading scorer, rebounder, shot blocker, and team captain.

To add to the problem, the Lakers faced off against a very good 76ers team, led by all-time great Julius Erving, plus other outstanding players such as Mo Cheeks and Bobby Jones. For Lakers fans, the 76ers’ twin towers of Caldwell Jones and Darryl Dawkins caused the most concern. Without Kareem, the Lakers had only one true post player, Jim Chones, to try to cover two quality bigs. Much of the basketball world agreed — which is why (almost) everyone at the time and in the “Winning Time” version assumed the 76ers would win Game 6 and force a Game 7 back in the Forum, with a hobbled Kareem on a bum ankle.

I recently re-watched the actual Game 6, and Bill Russell’s pre-game analysis gave me a new appreciation for him. Instead of focusing on how the smaller Lakers could possibly cover the 76ers, he asked a very modern question: How would the 76ers cover the Lakers? If Dawkins covered Chones, who could Caldwell Jones cover? Russell predicted that the Lakers would win because they would be too fast for the 76ers to cover. He apparently time travelled from the present, when teams try to take advantage of slower big guys. Before everyone else caught on, Bill Russell recognized in 1980 that sometimes quick is better than big.

Using today’s vernacular, the 1980 Lakers went “small-ball” on the bigger, stronger 76ers team — and it worked.

If you go back and watch the actual game (not the “Winning Time” version) with modern basketball eyes, you will see why Jones and (especially) Dawkins did not overwhelm the undersized Lakers. Remember, the Lakers replaced 7’2” Kareem with 6’6” (and about 190 pounds) Michael Cooper: a quick and excellent defender.

Just like the Lakers, the 76ers made zero threes in Game 6. Without the threat of the three-point shot, the quicker Lakers were able to pack the paint, making it difficult for the 76ers to get the ball to their bigs. When the defensive team doesn’t have to spread out to guard the three point line, they can more readily swarm the post players, making it much harder for post players who are not Kareem to dominate inside. When the 76ers bigs got the ball, the quicker Lakers swarmed them. As a result, Dawkins, who Lakers fans feared would feast inside, wound up with only 14 points, with 5 turnovers and 5 fouls.

The big guys also had problems boxing out faster guys, especially after ball movement. As confirmation, the Lakers had 17 offensive rebounds on their 47 missed shots, while the 76ers only had 7 on their 42 misses.

While “Winning Time” doesn’t address actual stats from the game, Magic scored 42 points with 15 boards and 7 assists, including 14-14 on free throws.

It also helped that the Lakers had the always underrated Jamaal Wilkes, who won a crown with the Rick Barry Warriors when Jamaal was a rookie known as Keith Wilkes. In this game, the player known as Silk had 37 points (16 for 30 from the floor) and 10 rebounds. The treatment of Wilkes is the biggest “miss” in the “Winning Time” version of the game. The television show largely ignores Silk, and instead focuses on Norm Nixon. The show made it look like Nixon, not Silk, was the Lakers’ second best player that night. In reality, Nixon had a dreadful shooting game (1 for 10, for 4 points) though he did have 9 assists.

Because the Lakers did not have Kareem for Game 6, people often say that Magic played center for the Lakers. “Winning Time” goes all in on this storyline, even having injured coach Jack McKinney supply a game plan calling for Magic to play center, but that is not an accurate description of what actually happened that night.

Magic jumped as the center for the start of the game. He did so almost as a joke, perhaps to throw off the 76ers, but for the remainder of the game, he did what he had done all year long — splitting point guard duties with Nixon, running the floor and only occasionally posting up when the mood suited him. In essence, Magic played all positions and none, much like the position-less stars of today. Perhaps, like Bill Russell, the rookie Magic also time-travelled back to Philly for the game.

But please correct anyone who tells you Magic played center. Do not allow the myth repeated in “Winning Time” to overwhelm the truth. The truth is remarkable enough.