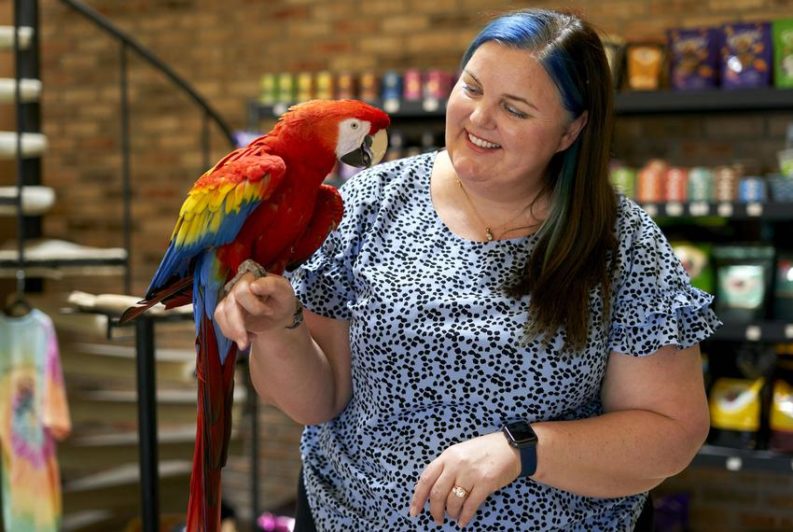 Railhead Smokehouse says it has the best barbecue in Fort Worth — beef, beans, beer and all.

But state Rep. Charlie Geren, who has owned the joint for 34 years, says he recently laid off about two-thirds of the roughly 34-person staff at the restaurant, including some who had worked there for decades, after the mainstay had to shut down its usual dine-in operations and shift to takeout only.

“There is a lot of anxiety,” Geren, a Fort Worth Republican, told The Texas Tribune this week. “The people that I have working, I’m grateful to them. But obviously there is a [virus] out there, and they’re scared.”

Even for state lawmakers, things are no longer normal thanks to the novel coronavirus that has upended every aspect of life as Texans know it. Legislators like Geren would normally be focused on their professions in between biennial legislative sessions, completing the occasional interim work and gearing up for the November elections.

Instead, lawmakers are occupied with conference calls and constituents desperate for guidance on their financial futures — all while navigating the impact the pandemic has had on their own careers.

“We’re facing a defining moment right now,” state Sen. Donna Campbell, R-New Braunfels, told the Tribune last week. “Every generation, I think, has a defining moment, and this is probably ours.”

Campbell, who was first elected in 2012, is an emergency room physician for both the Kyle ER and Hospital and the Columbus Hospital ER. She recalled working through past pandemics like the one in 2009, but the coronavirus, she said, “is the first time I’ve seen anything like this. … The economy did not grind to a halt for any illness in my lifetime.”

Overall emergency room traffic is down, Campbell said, though phone calls from people seeking information have increased. Still, workers there are “doubling down on disinfecting” and wearing masks and gloves for every patient — not just those who could test positive for the virus.

On top of that, workers are screening patients before they enter by checking their temperatures and asking questions. If a patient arrives who is suspected of having the virus, Campbell said, they enter the facility through a different entry point and are placed in a negative pressure room, a hospital room designed to contain pathogens.

On Senate matters, Campbell said she has over a dozen conference calls a day, ranging from local elected officials in her district to members of Congress. On top of that, Campbell said, her office has been inundated with questions about Small Business Administration loans and the Texas Workforce Commission, which has been slammed with people seeking unemployment insurance.

Campbell said her legislative staff has volunteered to help the agency handle calls, adding on to the hundreds of other staffers for other state lawmakers — from both parties and in both chambers — who have also offered to assist.

Among those lawmakers is Geren, who was elected to the lower chamber in 2000. Geren’s constituents, he said, are most concerned about their inability to contact the commission, which is scrambling to expand staff, add call centers and increase the number of servers to help respond to the more than 1 million Texans who have applied for unemployment relief since mid-March.

As for his restaurant, Geren said the future of Railhead Smokehouse depends on how long the shutdown lasts; while the economy has all but stopped, ongoing expenses — rent, utilities and wages — have not. Geren, who applied for the federal Paycheck Protection Program, said he received his relief funds earlier this week and will be able to pay his employees, including those he laid off, for about the next eight weeks.

Another House member, Michelle Beckley, D-Carrollton, has run her Kookaburra Bird Shop for decades and said she is trying to help constituents who are also calling for help with loans and unemployment claims.

“I’m not a wealthy, independent state [representative] — I’m in the same boat as a lot of my constituents,” Beckley told the Tribune last week. “My business is fine for now, but I’ve also been in the business for 40 years and I have a lot of experience. I’m really trying to help my constituents as much as I can — that’s the role I’m playing.”

While she’s been juggling her duties as a shop owner and as an elected official, Beckley’s husband found out on Good Friday that he would be furloughed from his job in the health care industry for 12 weeks. As of Tuesday, Beckley said, her husband was waiting on a call back from the workforce commission.

Beckley, who has four employees at the bird shop, said the staff is working staggered schedules to continue caring for the animals. The shop is selling gift certificates in an effort to continue bringing money in, and customers are able to pick up pet food and supplies just outside the store via curbside delivery. If an animal needs grooming, Beckley said, an employee can pick up a pet from a customer’s car and bring it back afterward.

Beckley said she considers herself lucky since her landlord is working with her on monthly rent — an advantage other small businesses don’t necessarily have.

“Some businesses went instantaneously to $0 in sales,” she said. “People aren’t prepared for that. How do you adapt to zero?”

Beckley flipped a GOP-held seat when she won election in 2018 and is a top Republican target this year. But instead of ramping up campaign operations, Beckley said she does not “have the bandwidth for it right now” — and that the “campaign side of the operation just isn’t there.”

Armando “Mando” Martinez, a House Democrat from Weslaco first elected in 2004, is a firefighter and paramedic administrator of record for the Mercedes Fire Department and EMS.

The department, Martinez said, has “always had this idea of being cautious,” though the virus is unprecedented and “brings that to life a little more and magnifies it.” That heightened caution, he said, has translated to drastic changes to how first responders operate, such as screening patients once dispatch receives a call they will respond to, sending only a single medic to respond to a call and, of course, disinfecting ambulances and firetrucks after every call.

Like other lawmakers, Martinez said the two issues he hears most from constituents are related to the workforce commission and the Small Business Administration — and that “pretty much my whole day” consists of conference calls and reviewing the information from those calls with his staff.

Still, despite the uncharted territory that nearly everyone is in, Martinez and others are hopeful about returning to some sense of normalcy someday.

“As Texans, we’re very resilient,” Martinez said. “And I know we’re going to bounce back from this.”