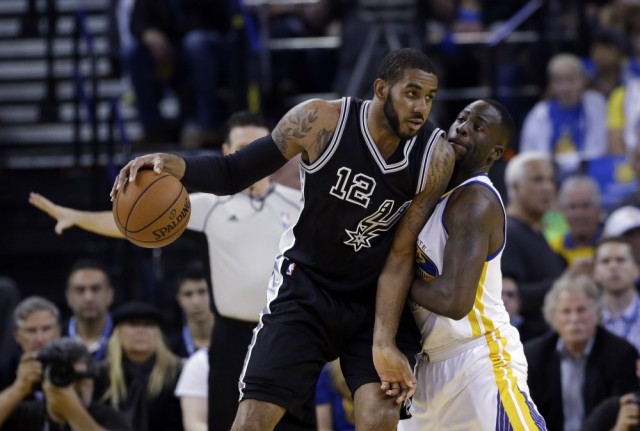 The San Antonio Spurs’ 48-game regular-season home winning streak ended Sunday night with a letdown performance against the Golden State Warriors. It was a narrow 92-86 loss against the defending champs, but for a squad hoping to even the series and gain a bit of confidence for a likely Western Conference Finals matchup, it didn’t cut it.

San Antonio’s defeat gave Golden State the 3-1 season series win. The Warriors easily took the games at home, and the Spurs split the pair of tight contests at the AT&T Center.

So yeah, not great for Gregg Popovich’s squad. Pop will need to make some major tweaks in the next month if the Spurs are going to have a chance at winning four out of seven games against the Warriors in late May.

Before deciding what those tweaks are, we need to identify the end of the floor that’s causing the most problems for the Spurs against the Dubs: offense.

On the defensive side, the Spurs have been uneven against Golden State, but they’ve at least shown the ability to shut down Stephen Curry and Co. for long stretches of time like no other team has. Offense is a different story — San Antonio really hasn’t looked good there in any of the four matchups……Read More

Source: How Spurs Can Challenge Warriors In Potential WCF – TFB