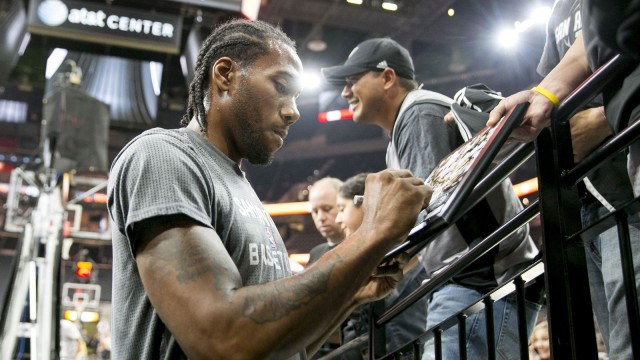 At 24 years old, Kawhi Leonard is already an extremely accomplished NBA player. He has a championship, a Finals MVP trophy, and a Defensive Player of the Year award, and has been voted to an All-Defense team twice. He has transformed from a rookie with potential to a defensive stopper, to a key player on a title team, to a two-way superstar in the blink of an eye. Let’s take a look at some general expectations he’s had for each season of his career, and how he performed against them. When Kawhi Leonard was drafted, he was projected to be a good defender and rebounder, but his shot was broken and wasn’t thought to be good enough yet in the post to play there in the NBA. He drew comparisons to players like Gerald Wallace andTrevor Ariza, both of whom had great stretches in their career, but who never really compared to the game’s elites. He was considered, at his best, a potential borderline All-Star……Read More

Source: How much better can Kawhi Leonard get? – Pounding The Rock