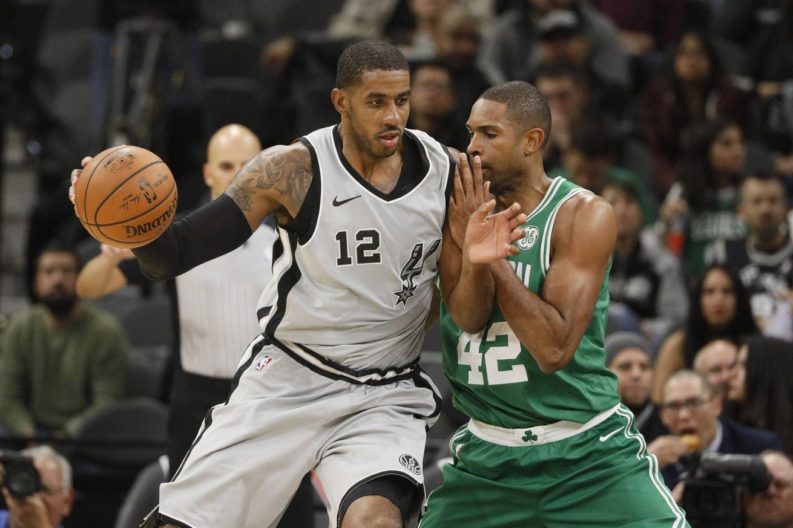 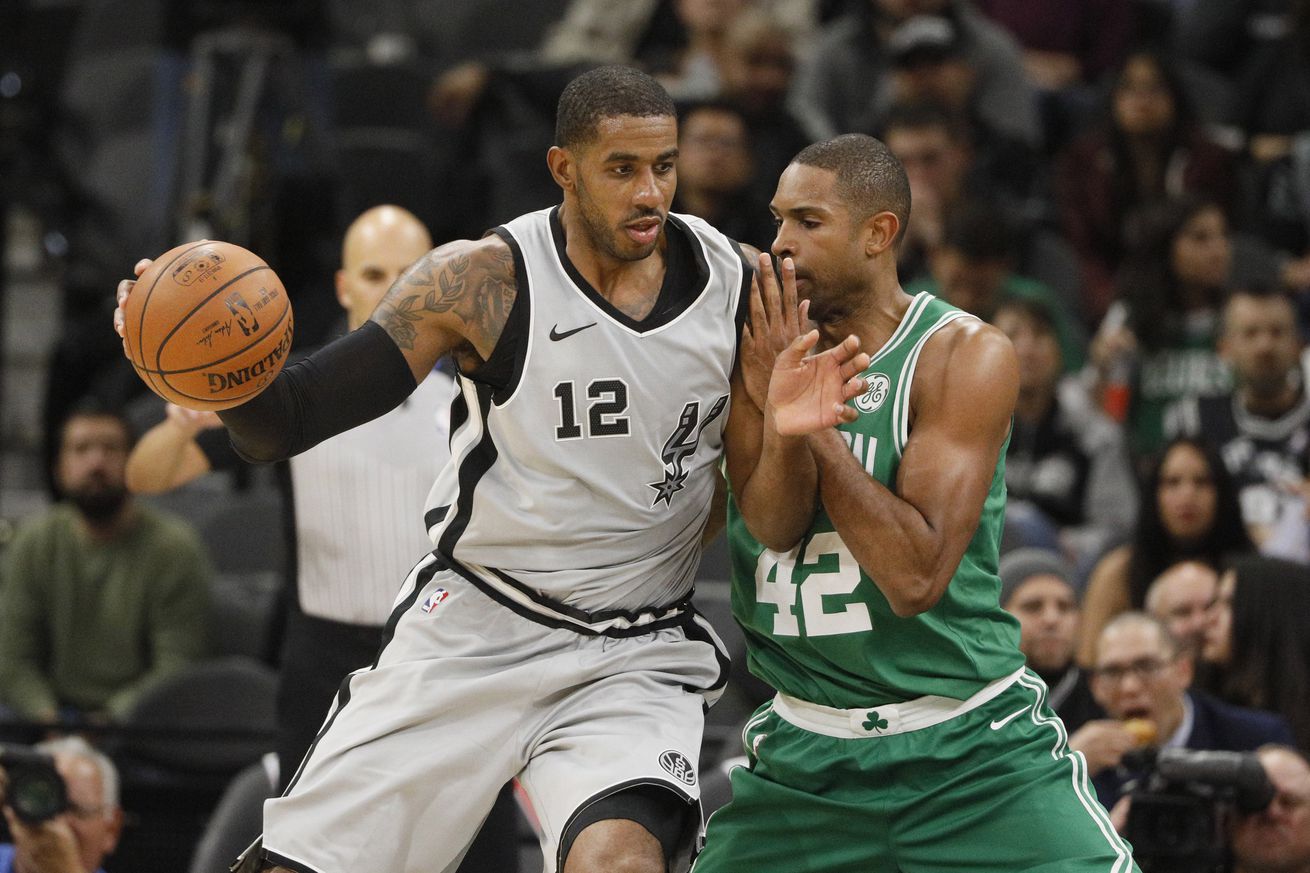 LaMarcus had one of his best seasons as a pro by embracing life closer to the basket.

Growing up in the 80s, one of the first video games I ever played was Duck Hunt for the NES. I remember being frustrated at my inability to shoot the ducks flying around the screen. To make matters worse, I had to deal with the condescending dog the creators of Duck Hunt decided to include to laugh at all my failures.

Eventually I figured out the closer I was to the screen, the easier it was to shoot the ducks. I began knocking down ducks at an incredible rate. Now instead of ridiculing and criticizing me, the dog was celebrating in my victories. My newfound success upset my brothers, but there was nothing they could do to stop me.

This is something like LaMarcus Aldridge’s approach to his game last season. Except instead of hunting ducks, he’s shooting basketballs. Instead of a condescending dog, he got fans and members of the media to reconsider his worth. Instead of brothers, it’s opponents who are now frustrated.

Just like my Dunk Hunt revelation decades ago, Aldridge’s return to All-Star form came from the truism that it’s much easier to score from close to the basket than far away. His shot distribution reflected that.

Remarkably, Aldridge took nearly 150 more shots within five feet of the rim than he took in the 2016-2017 season. He also took nearly 100 more shots between six and eleven feet. His mark of 58% of his shots coming from inside eleven feet of the rim was the second highest mark of his career, with the highest being 63% in the 2010-2011 season. The most staggering, and encouraging, statistic I noticed about his shot distribution was how he went from taking almost 300 long twos in the 2016-2017 season to only 170 last season.

Aldridge simply refused to bail out opposing defenses last season. He gave them multiple looks and constantly forced double teams, as no single defender could prevent him from routinely working his way into the paint.

Aldridge had the highest post-up frequency in the NBA last season, and he made the most out of those opportunities. His Points Per Possession (PPP) of 0.99 was the second highest in the NBA. This is in contrast to the 2016-2017 season, where Aldridge had a PPP of 0.87 – which was below league average. Despite being double-teamed constantly, Aldridge only turned the ball over six percent of the time he was posting up — good enough to lead the NBA.

While Aldridge will never be mistaken for Nikola Jokic in terms of passing, his ability to score efficiently from inside without turning the ball over makes up for this lack in his game. The biggest issue the Spurs had last season was not having a second scoring threat to take the attention off of Aldridge. With the addition of DeMar DeRozan, the entire defense won’t be able to focus just on stopping LaMarcus next season. That is a scary proposition for the rest of the NBA.

Aldridge had a banner season in shooting

While it’s true Aldridge forced his way inside more frequently, he was efficient from everywhere inside the arc.

Interestingly enough, Aldridge is a more consistent long two shooter than he is a mid-range shooter. This is likely due to the fact it’s easier to manufacture space from the long two range. I see a lot of plays for Aldridge that involve him working to the open space just short of the three-point line.

In his first year in a Spurs uniform, Aldridge had a solid, efficient offensive season, but he was unable to prevent opponents from scoring inside. His rank of 46th in defensive field goal percentage inside six feet is by far his worst as a Spur. Some of this might have had to do with Tim Duncan still being around, playing closer to the paint. Duncan finished fourth in this statistic in his final season, just ahead of fifth place Anthony Davis.

In year two Aldridge’s offense struggled mightily, which caused the fan base to momentarily question his value as Aldridge reconsidered his desire to be a Spur. What was apparently missed that season was his huge leap in defensive production. Aldridge finished first in defensive field goal percentage inside six feet out of all bigs who defended at least four shots per game from this range. His clip of 45.1% is the third best percentage since this statistic was tracked five seasons ago.

Third time was the charm for Aldridge, who last year put together his most complete season as a pro, dominating inside on both sides of the court. While it would have been nearly impossible to replicate his numbers from the 2016-2017 season, he still provided a much-needed defensive anchor for a team playing without Kawhi.

There’s a lot of talk about potential spacing issues with Aldridge and DeRozan working from similar areas of the court. While those concerns are valid, if Aldridge continues his trend of forcing his way inside, DeRozan will have plenty of space to work in the mid-range area, and the Spurs offense could become a highly potent, if unconventional, offense.