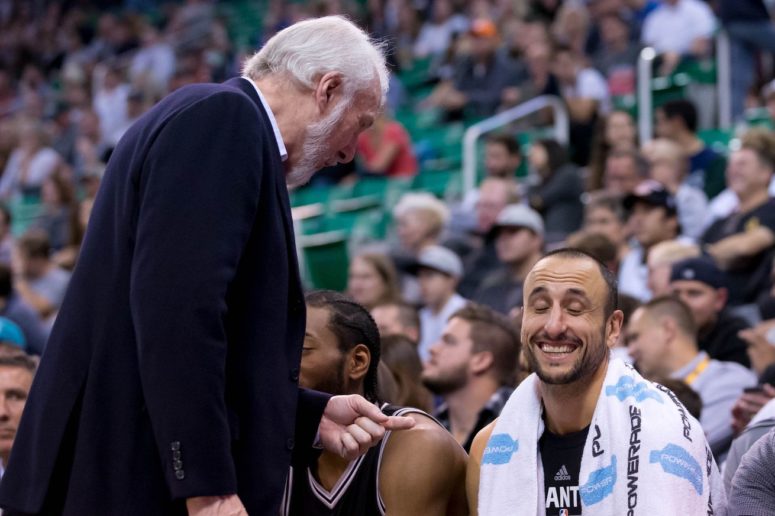 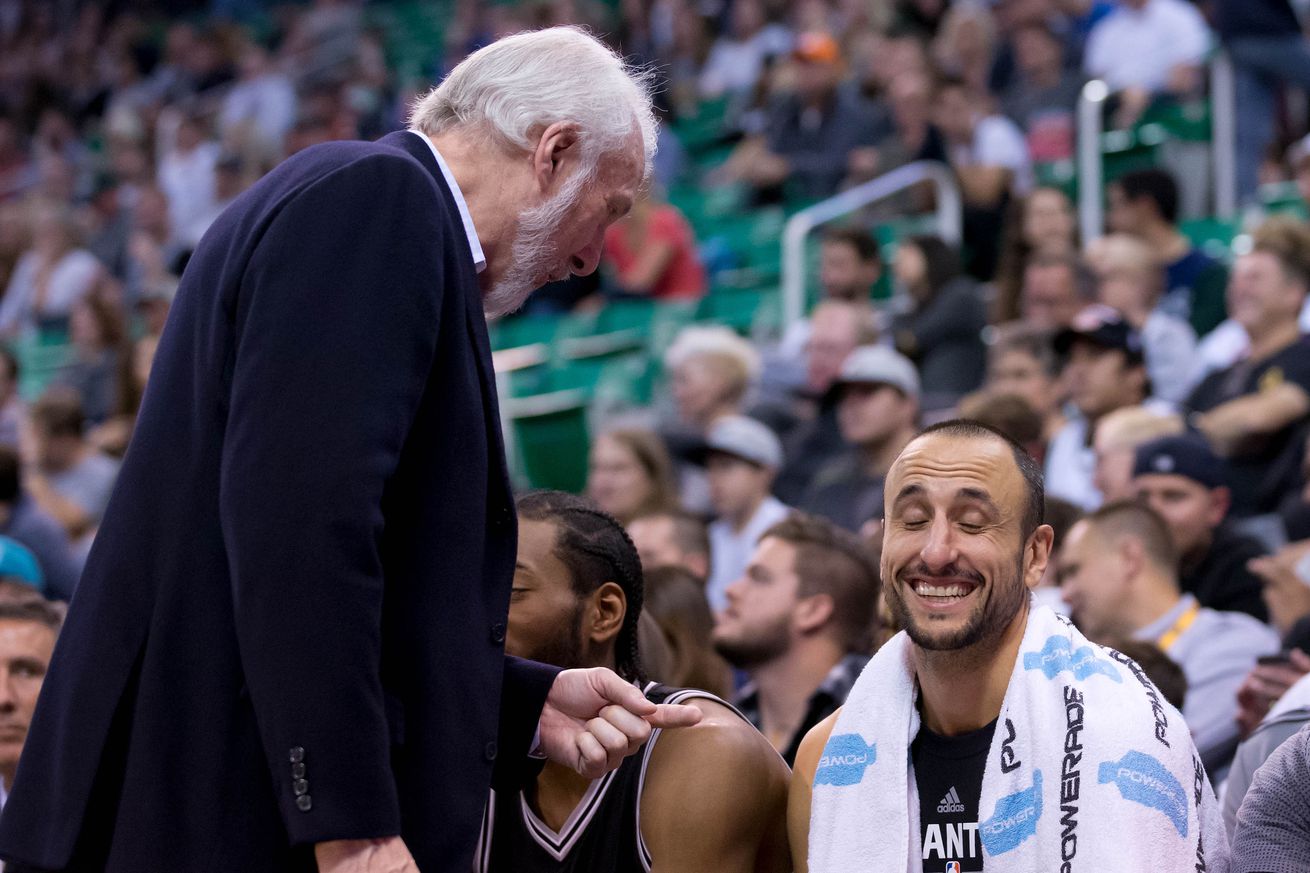 It wasn’t easy in the early going, but it’s a good thing they figured it out.

Much has been made over the years about how difficult it was for Gregg Popovich to coach his young Argentine during Manu Ginobili’s first few seasons in San Antonio. (Wasn’t it Stephen Jackson who once said that he thought Pop would kill the lefty? I used to be able to find that quote, but all of the recent guff Capt Jack and Robert Horry have thrown at the Spurs have combined to make research in that direction quite difficult)

Anyway, Pop was in a talking mood before the Spurs loss to the Celtics on Monday night and SB Nation’s Paul Flannery put together a nice list of all the highlights from Pop’s press conference, including his thoughts on some of his players, the current state of his team, the pros and cons of recent rule changes, Celtics coach Brad Stevens.

But the part that stands out from the rest is Pop and Manu found a way to work together:

In the beginning, he would do some things that I thought were unnecessary until that point came when he came to me and said, ‘I am Manu. This is what I do.’ I said, ‘OK, you go ahead and try to save one or two of those passes per game and I’m going to shut up one or two times when they happen during the game.’ We came to this compromise and it’s been lovey dovey ever since.

Pop has mentioned the tough old days before, but this is the first time he’s fleshed out those negotiations in such a detailed way. While it’s fun to imagine Ginobili saying, “I am Manu,” it’s hard to see it going down in quite that way. Pop’s comments on the passing, though? That sounds precisely like something the coach would say.