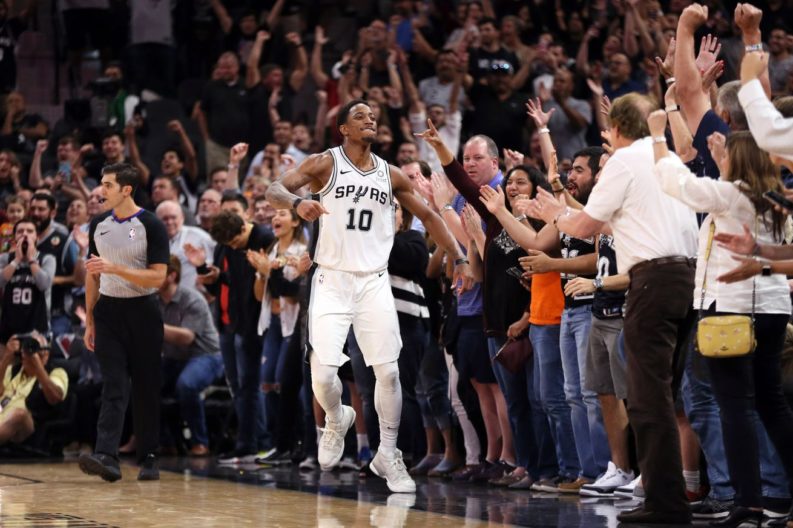 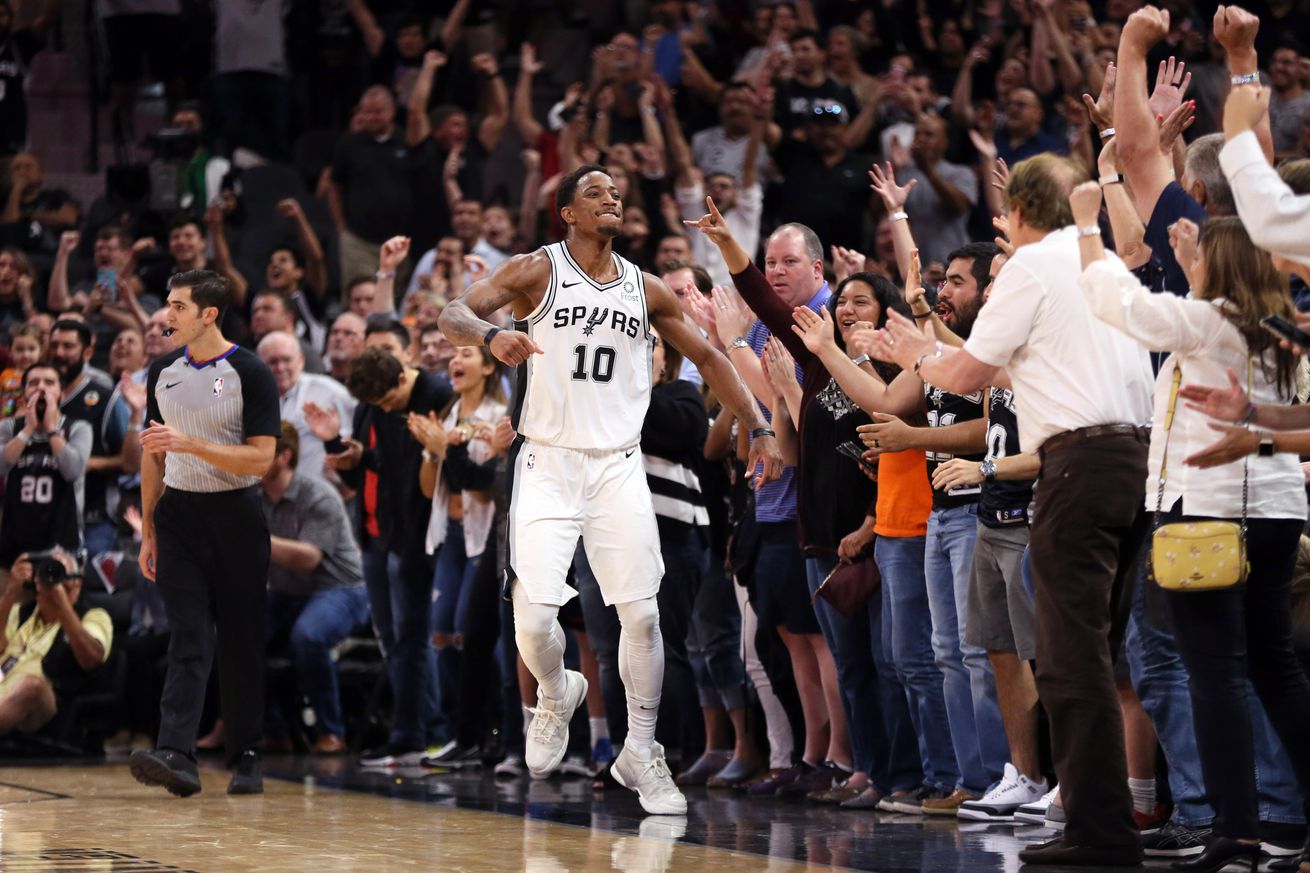 After getting over the shock of being traded, DeRozan has embraced his new role with the Spurs.

From the outset of this very young NBA season, DeMar DeRozan has looked like he was always a San Antonio Spur. It only took him 2 1⁄2 minutes to score his first point for his new team in their season-opening win against the Minnesota Timberwolves, and he has led the Spurs in scoring in five of six games and assists in four.

However, back on July 18, when he first heard he had been traded from the only team he had ever desired to play for in Toronto, he never would have imagined the transition would be so seamless. It took some reassurances from his former/new teammate Rudy Gay, his old coach Dwane Casey, and Gregg Popovich and R.C. Buford before he could truly start embracing the Spurs culture.

Gay laughed when DeRozan called him in despair over the trade and offered words of encouragement because he knew it would all be fine.

“I just knew I had my man back finally. Forget all the basketball stuff. We get to hang out like we used to. I knew he was mad, but I knew it would all work out, man. It always does. If you’re a good dude and you do right by people, no matter what people do by you, somebody is going to make it right.”

Casey told him he would love playing for Pop and to just represent himself to the best of his abilities. Finally, Pop and Buford assured him that he wasn’t coming to San Antonio because Spurs were desperate to find a taker for the disgruntled Kawhi Leonard; it was because they wanted DeRozan badly enough that they agreed to the deal.

“But when I talked to [Popovich], talked to R.C., it was such a reassurance of understanding, like, ‘We didn’t trade you. We traded for you.’ Understanding, ‘We want you. We want you here. We want you to be you. Don’t worry about nothing. We’re going to make the transition as easy as possible.’ When you hear something from Pop like that, that’s all you need to hear. You don’t need to hear no whole story or nothing. That’s all you needed to hear.”

As the healing process began, including working out with Pop at Team USA’s mini-camp, DeRozan also began feeling the love emanating from Spurs fans, beginning with Nik Soupe’s mural of him at Rudy’s Seafood.

“To see that, it really gave me one of those feelings where it was like, ‘Damn, they love me like this already?’” DeRozan says. “It gives you that extra hunger to go out there and do something for the fans and make them feel better than I felt in that moment.”

And do something for the fans, he has — like winning games. As many have likely noticed, all four of the Spurs wins so far have come down to the clutch, and DeRozan has taken on the role of “closer” — something that the Spurs severely lacked last season — without missing a beat.

“I just come in and do my job,” he said. “My job has always been the closer.”

He currently ranks second in the NBA in scoring in the clutch — which the NBA defines as the last five minutes of a game in which the score is separated by five points or less — with 21 points, 5 assists, six rebounds, and 0 turnovers.

Although he missed what could have been the game-winner in regulation against the Mavericks, he was ready to not let the same opportunity slip in overtime, where he hit all three of his shots to help lead them to a relatively comfortable win (for OT, at least).

“It’s just what he does, and I’m certainly not surprised when he makes them,” Mavericks coach Rick Carlisle said of DeRozan. “I thought a lot of them were defended well, but he’s just a supreme athlete who simply rises over you.”

It’s a challenging role that he is happy to take on:

Hopefully DeRozan won’t have to come through in the clutch for every Spurs win (a blowout and some rest for the starters would be nice, too), but for now the Spurs are certainly happy to have that go-to scorer that they were severely lacking during last season’s late game struggles. So far, DeRozan has been that and everything else they could have asked for.