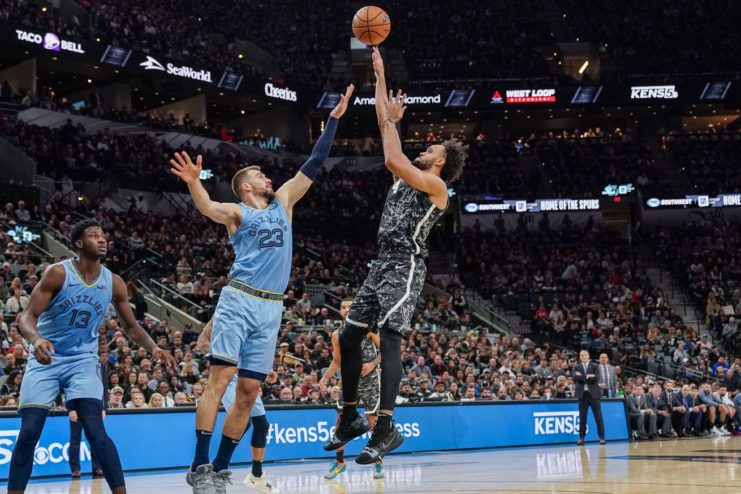 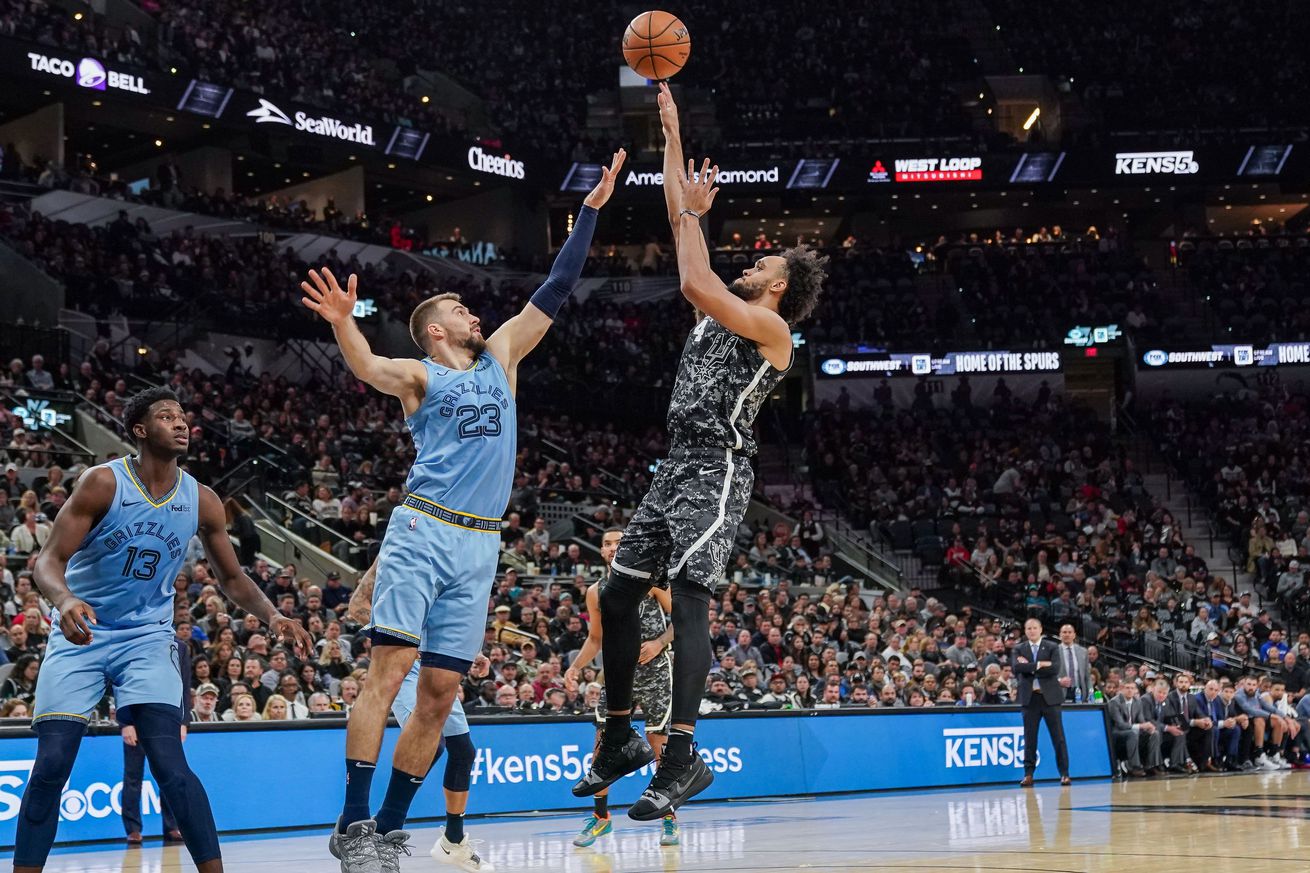 Derrick White created a brief moment of hope in the fourth quarter before it all fell apart.

For a brief stretch of the 4th quarter of their disappointing loss to the Grizzlies on Tony Parker’s Jersey Retirement night, the Spurs looked like a team intent on snatching victory from the jaws of defeat. After getting outplayed on both ends of the floor for the better part of 3 quarters, the home team found a rhythm, outscoring the visitors 25-10 through the first 7 minutes and change of the final frame.

Derrick White orchestrated the last 7-0 stretch of that run almost single-handedly, with 3 assists on offense and a layup saving block on the other end. It began with a bread-and-butter Spurs’ play that led into Derrick running the pick-and-pop on the left wing with LaMarcus Aldridge.

The play starts with a UCLA cut by Bryn Forbes over a free throw line screen from LaMarcus. Bryn then circles around a staggered screen from Rudy Gay and DeMar DeRozan on his way out to the weak side wing. With all three weak side defenders occupied defending shooters and screeners, that leaves Derrick and LaMarcus to run their play with nobody in position to help.

Derrick uses the screen coming back towards the center of the floor, forcing Jaren Jackson Jr. to leave LaMarcus to stop penetration. Derrick drops a simple bounce pass out to LaMarcus, who knocks down the 20 footer.

Then, after stuffing Ja Morant on his drive to the rim, Derrick got the Spurs right back into the same play.

It goes a little differently this time, though. Morant gets on Derrick’s high shoulder to force him away from the screen, so Derrick drives baseline right into a trap from Morant and Jackson. At the same time, Solomon Hill blitzes the pop action, hoping to pick off Derrick’s kick out under duress.

But when Derrick’s playing with this kind of confidence, he’s almost impossible to rattle, and he calmly surveys the floor before firing a semi-no-look bullet across the court to Rudy on the right wing.

For reasons known only to himself, Jae Crowder doesn’t rotate off of DeMar in the corner to contest Rudy’s shot. Perhaps he knew Rudy was shooting 0 of 14 on wide open threes coming into this game and felt closing out would only improve his chances? Who knows. Regardless, Rudy buried the triple to give the Spurs a three point lead.

With Derrick obviously operating at the top of his game, the Spurs stripped it down, running a simple pick and roll the next time down the floor.

Derrick snakes the screen, getting back into the middle of the floor and drawing the switch. As Derrick hesitates briefly in the lane, Rudy forcefully establishes deep position under the rim (poor Hill wasn’t ready for all that), opening up the right side of the paint for Derrick to continue probing.

Once Derrick reengages on his drive, dragging Jackson down to the baseline, LaMarcus begins working to get to the front of the rim, likely expecting Derrick to go to his floater and wanting to be in position for the potential rebound.

The big fella nimbly avoids running over Morant on his way down into the paint, and when Derrick swings the ball through instead of going up, he has LaMarcus waiting in perfect position for the easy drop off.

Derrick didn’t make a single one of those shots, but he was responsible for each. His control of the floor when he plays with this kind of confidence is nearly absolute. He manipulates the defense, reads the floor, and finds a good shot just about every possession. His ability to hit this level makes the nights he comes out passive that much more confusing.

Derrick’s 15 points on 14 shooting possessions was good, but it’s the 5 assists, 4 of which came in that 4th quarter run, to only 1 turnover (on a play that could easily have drawn a whistle) that really highlights what he brings to the team. Unfortunately, it wasn’t enough on this night. LaMarcus’ layup forced a Grizzlies’ time out, after which the Spurs were outscored 12-3 over the final 4:52 of play. They had several open looks from deep, any of which could have changed the complexion of the game, but none fell, and the Spurs watched a very winnable game on a very memorable night slip away.