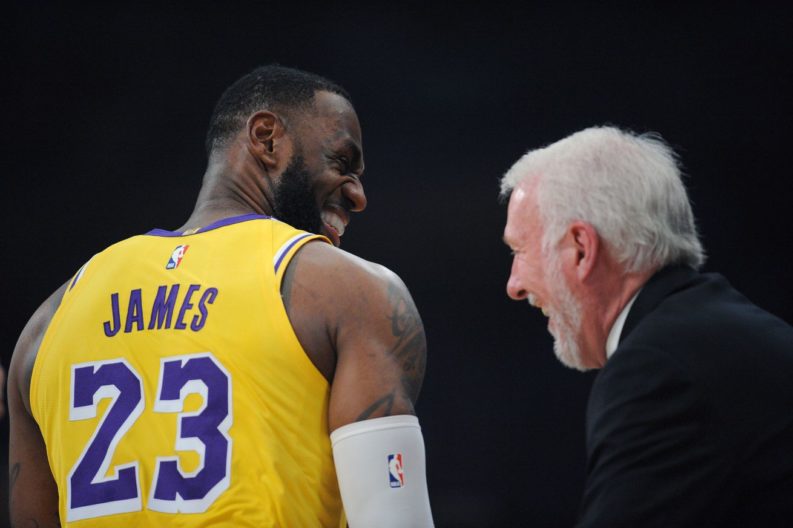 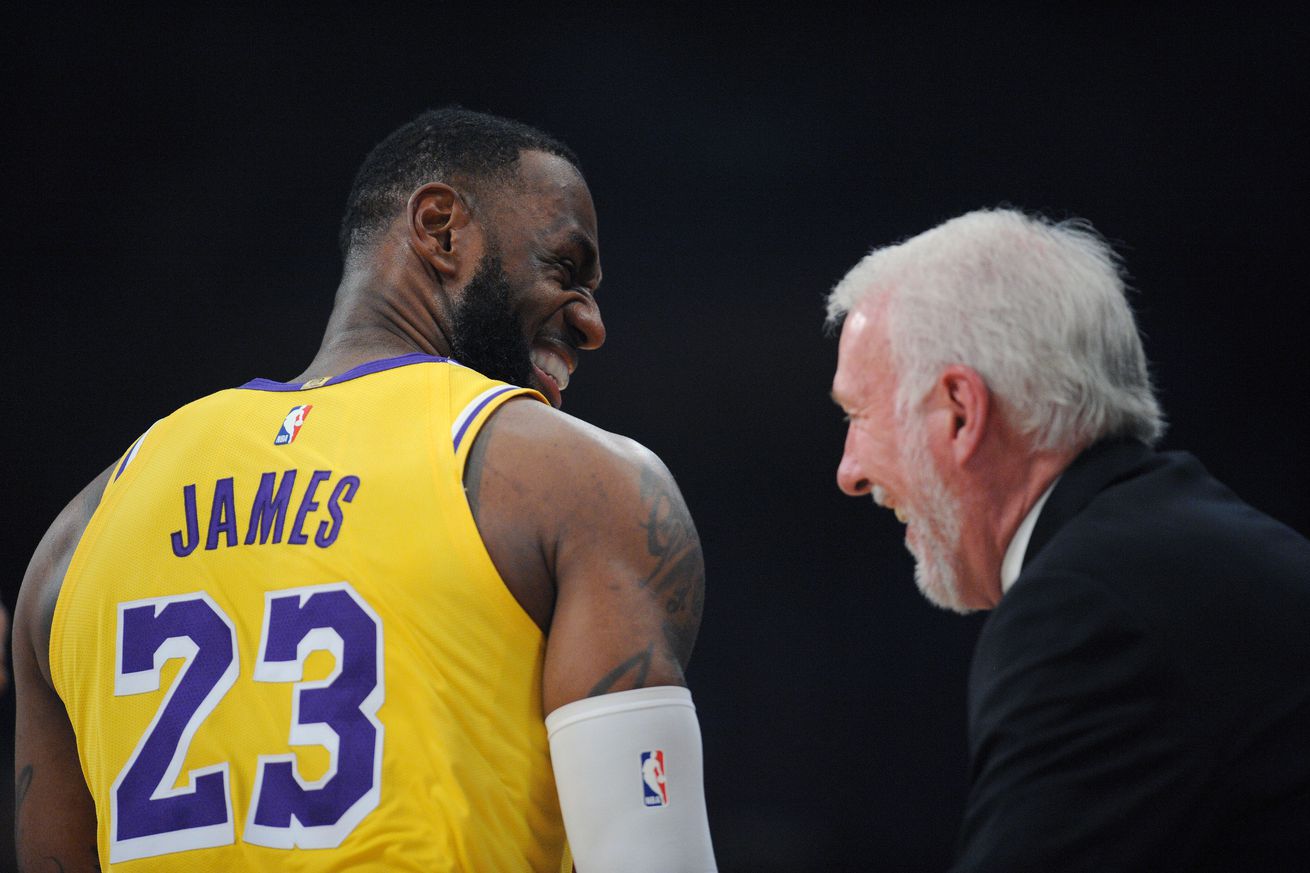 The story of a journey to seeing an icon as something other than a villain.

I remember when I first decided to hate LeBron James.

It was, of course, the day after the Spurs’ crushing defeat in game 7 of the 2013 Finals. Not even 24 hours after the single most depressing moment in San Antonio sports history, James posted an Instagram video to describe his elation at winning his second title.

The video, filmed inappropriately close to James’ Thanos chin, felt like 13 seconds of someone prodding at my arteries with plastic cutlery. Not only did the Finals MVP remind the world that he just stole his second ring from Tim Duncan the previous day, but he also delivered the entire message with a stank face.

Yes, it stank very much. It stank right up until the final buzzer sounded in game 5 of the 2014 Finals, when everything felt right in the world again.

The Spurs and San Antonio will never completely get over that 2013 loss. But the 2014 championship allowed the city to begin mending fences with a larger-than-life athlete who, at one time, felt like the team’s perfect villain.

The fact is, James has never publicly decried anything about the Spurs, even in his tortuous video. He’s creates a lot of noise, but NBA fans’ perception of him softened when he left Miami for Cleveland. He now takes every opportunity to show love for Pop, Dejounte and the organization.

After more than a decade, San Antonio has officially made peace with James. The relationship has thawed so much that many Spurs fans drooled last summer at the idea of him wearing silver and black. And following the season-long drama surrounding Kawhi Leonard, some fans may have a different definition of a villain altogether.

It’s a testament to the greatness of the Big 3 that James appeared so harmless in 2007. He bludgeoned his way to the Finals that year, only to get danced off the floor by Tony Parker in four straight games.

In a now-infamous moment after the final game, Timmy delivered a heartwarming yet chilling premonition to James: “This is going to be your league in a little while.”

There was always something enticing about hearing the ever-reclusive Tim talk like a normal person. But looking back, that moment felt almost transcendent, not only because of the their stature in the league but because of the timing.

Tim was 31. LeBron was a fresh 22. Tim had just won his fourth ring. LeBron had just made it clear that he could almost single-handedly will his way to the championship summit.

It felt like they both knew they would meet on that stage again in six years; They just didn’t know how it would end.

The start of something hateful

That comment set the stage perfectly for 2013. Spurs fans were cautiously optimistic about the team’s chances, and many couldn’t help replay that father-son moment from 2007.

However, by this point, James had already swallowed the NBA’s audience. The publicity of The Decision in 2010 and his Hollywood tendencies gave Spurs fans flashes of the Kobe and Shaq (the actual perfect villains for San Antonio). So, at the height of James’ powers, he was an easy person to hate in the countdown city.

As we all know, the back-and-forth nature of the 2013 series came to a head when you-know-who did you-know-what in game 6. And in the desperation of game 7, Duncan wilted slightly with rare misses near the rim.

The student (James) had become the master, and Spurs fans may have been too nauseated to think about how Duncan basically called it six years ago.

“Man, I don’t even know what to say,” James declared in his dastardly video. “I’m a champion, two times.”

The only guy who could ease the city’s collective animosity toward James was the leader who carried none of it.

Duncan was in the twilight of his career in the 2013-14 season and – somehow, someway – still hungry for revenge against the bonafide king. For me and likely many other fans, Duncan symbolized the emotional carry-over from the previous year. Even though he operated as a cog in 2014’s Beautiful Game offense, his leadership would be tested that season more than ever.

So, if Duncan and the Spurs don’t get their revenge in that series, and if Kawhi doesn’t blossom into LeBron’s defensive nightmare, does San Antonio still hate him in 2018?

It depends on the city’s pettiness ceiling. Judging by the flood of tweets that roasted LeBron getting carried off the court with a leg cramp in game 1 of the 2014 Finals, yes, the city would still harbor some grudge against him.

Thankfully, we got our wish. The following year, LeBron’s decision to return home to Cleveland gave national sports pundits and NBA fans something to croon about. Coupled with the rise of the Warriors, he suddenly became an unlikely underdog in 2015.

In game 7 of the 2016 Finals, almost exactly three years after I decided to hate James, I cheered as loud as a Cleveland native when he pinned Andre Iguodala’s layup against the backboard. I cheered even louder when he gave us all the gift of beating the Warriors. I have to believe there were some cheers in San Antonio as well.

There are more personal aspects of LeBron that, when viewed through the prism of Kawhi Leonard’s rift, make him more appealing to Spurs fans.

David Robinson said it best during an ESPN interview about Kawhi in June: “LeBron doesn’t sit around waiting for people to talk for him. LeBron gets out there and says, ‘Hey, this is my team. This is what’s happening.’”

Shade from any former Spurs player not named Stephen Jackson or Robert Horry is rare. But those comments from David Robinson on ESPN floored me. He was as candid as ever on national television, and he was right.

Kawhi didn’t say one word at a time when Spurs fans craved it most from their leader. Even if he had said something negative about the team, at least we’d know how he felt.

LeBron appeared to treat every free agency decision he made with respect. He understood the fallout, stated his reasons for leaving and moved on. Those decisions always felt over-hyped, but at least he was up front about them. Maybe we took that for granted in San Antonio.

Throughout his career, James carried himself with the kind of integrity that Popovich looks for. In recent years, those two have officially hit get-a-room status with their hugs and laughs before every game. It’s why many experts pegged San Antonio as a possible landing spot for James this season.

Now, here we are, preparing for the Spurs to play James for the second time in a Lakers jersey this season. Of all the teams he could have chosen, he picked the one Spurs fans are naturally inclined to despise the most.

Some Spurs traditionalists may still consider him a villain. But when we examine recent history, he’s more familiar to Spurs fans than practically all of our own players.

And when we look at the past even closer, we may question why we ever disliked him in the first place.