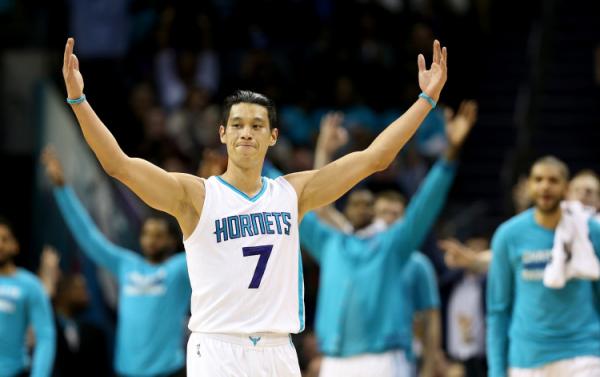 For 12 minutes, Monday’s contest seemed like a natural extension of the weekend for the San Antonio Spurs and Charlotte Hornets. Coming off their impressiveSaturday night strangulation of the Golden State Warriors, Gregg Popovich’s crew held Charlotte to just seven first-quarter points (San Antonio’s stingiest frame of the season) on 3-for-22 shooting, with Kemba Walker struggling while his counterpart Tony Parker soared. And following their Saturday night defeat at the hands of the lottery-bound Denver Nuggets, the Hornets seemed several steps slow, carved up and trapped and in danger of falling off the pace in the race for home-court advantage in the first round of the playoffs.

And then, the Hornets’ defense started to lock in, the offensive floodgates opened, and Jeremy Lin — finally — found his flow.

After shooting just 30.6 percent from the floor through the first 10 games of March, Lin went 6-for-10 from the field in the Denver loss, and evidently, that was enough to prime the pump for the kind of offensive explosion that made him a household name four years ago and that he’s so often found himself chasing ever since……Read More