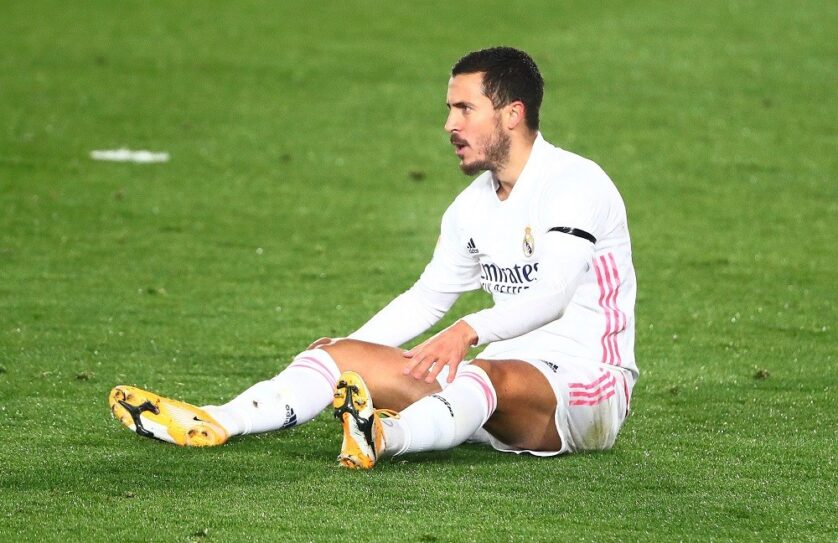 Manchester City manager Pep Guardiola is a massive fan of Real Madrid forward Eden Hazard and “will be the first to be interested” if the Belgian is made available for transfer, according to OK Diario.

The Spanish website claims that despite the former Chelsea star’s awful fitness record since making the £100m switch to the Bernabeu eighteen months ago, Guardiola would still like to bring him back to England.

At this moment in time, Ok Diario report that Real boss Zinedine Zidane sees Hazard as indispensable, despite barely making an impact following his move to Madrid, but that could change by next summer.

The impact of the global health crisis means the La Liga champions don’t have the financial resources they once had, and they may need to sell players in order to fund moves for the likes of Erling Haaland, Kylian Mbappe and Eduardo Camavinga.

That could mean offloading Hazard at the end of the season, although it’s best to take this rumour with a large pinch of salt, considering OK Diario are not the most reliable of sources.