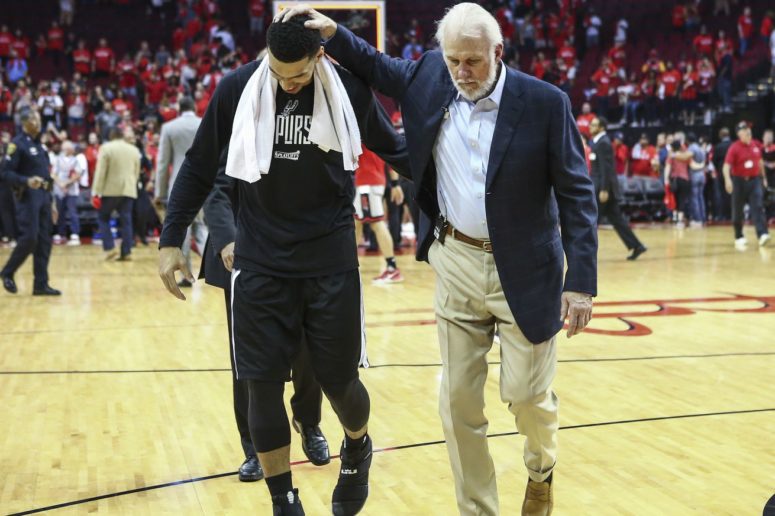 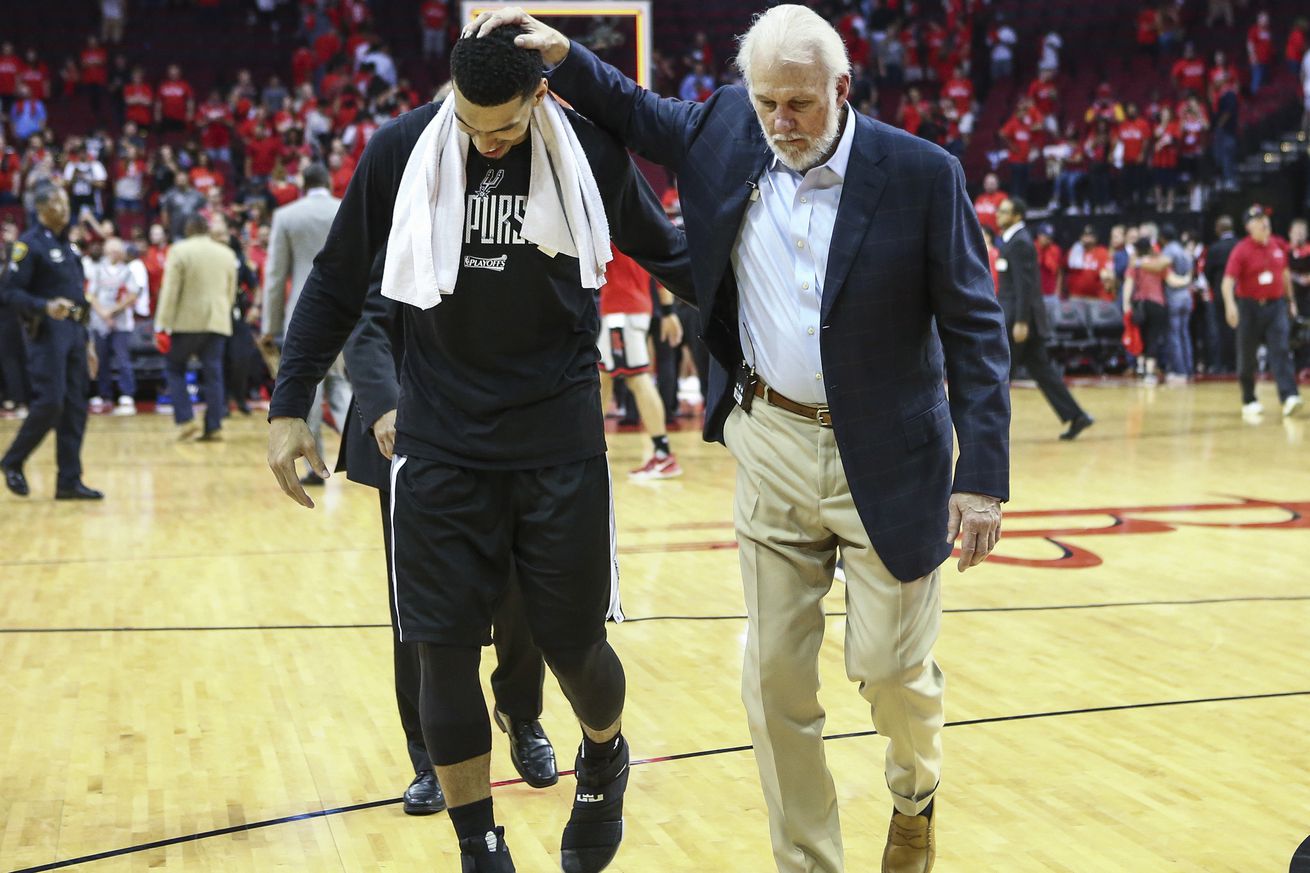 Past all the championships, awards, and accolades, it’s the heart of the man that separates him from his peers.

There are many adjectives you could use to describe Gregg Popovich. Fiery, passionate, brilliant – take your pick. He’s known as being an explosive guy on the sidelines – the rare coach who’s not afraid to call out his star players, or to give a curt sideline interview in-between quarters that sometimes leave reporters red in the face.

But over the last handful of seasons, Pop has very quietly dialed back his intensity, and taken on a more nurturing role, especially with his younger players. Sure, he can still pop off like a volcano from time to time when one of his guys misses a simple assignment, but he has become more patient than he was earlier in his coaching career.

Popovich’s patience long-term view are big reasons why he passed Phil Jackson on the All-Time regular season wins list Sunday night (win #1,156), and after his Spurs blew out the Phoenix Suns, 112-95, he now stands alone at #6.

The Spurs got off to a sluggish start on Sunday night. Their ball movement wasn’t very sharp, every offensive set they tried to run seemed to be a grind, and they routinely left the Suns’ good shooters wide open – where paid dearly for their mistakes. T.J. Warren was an absolute animal, seemingly having his hands on every possession and looking way more active than any of the guys in the Silver and Black. Troy Daniels was draining three-pointers left and right. Meanwhile the Spurs couldn’t seem to get into a rhythm, something they also struggled with during their most recent four-game losing streak. Although they were only down four at halftime, it seemed like the game was going the Suns way.

But instead of relying on his veterans – something Pop may have done earlier in his career, he threw bones to Brandon Paul, Bryn Forbes, Dejounte Murray, and even Darren Hilliard at one point in the first half. In the past, he was usually hesitant about giving burn to young, unproven players unless it was an absolute blowout and the game was in hand. But over the last few seasons, Pop has shown a willingness to play his young guys in important situations.

The Spurs looked like a completely different team in the second half, erupting for a 12-0 run out of the gate. LaMarcus Aldridge continued his impressive play, notching 22 points and 9 boards. Ever since Pop and Aldridge spoke over the summer, he has been awesome. He has his swagger, his aggression is back, and has been a superb leader during Kawhi Leonard’s absence.

The Silver and Black outscored the Suns by 21 points in the third quarter, holding the Suns to only 13 points in the period. Aldridge and Danny Green kicked it up a notch, icing the game by the end of the third. The fourth quarter allowed those young Spurs to get even more experience, as the squad nursed the lead and put the Suns to bed.

Paul and Forbes rewarded Pop for trusting in them by combining for 23 points off the bench and shooting a combined 9-18, including 4-8 from downtown. The 21-year old Murray also provided a spark, scoring 13 points and hauling in six boards.

The Spurs have now won two straight at home and stand at 6-4 on the season – tied for second in their division with the Memphis Grizzlies.

Being that both Kawhi and Tony are out right now, Pop knew coming into this season he would have to rely on his younger players more and show more patience and understanding than he ever has before. During the first ten games, he has done about as good a job as can be expected. Outside of Aldridge’s 22.4 points per game, sixth man Rudy Gay is the second highest scorer on the team averaging 12.6. Usually just one starter scoring more than 12 points a game would spell disaster for a team.

But because Pop’s system, where rookies like Paul can come in and make an immediate impact, the Spurs are still in terrific shape. We are only ten games in, and as long as Pop is in control and remaining patient with his younger guys, they should be very dangerous by the time they are at full strength again.