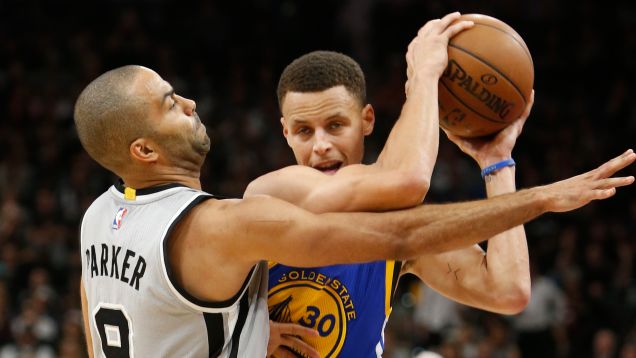 The Spurs dealt the Warriors their seventh loss of the season last night down in San Antonio, and held the Dubs to just 79 points in the process. Those who switched over from college basketball hoping for a more exciting game probably would have had more fun sticking with March Madness, since the Spurs made the game an ugly, slow, physical wrestling match. Curry had a terrible night, and only hit four of his 18 shots. Here’s a lowlight reel.

As you’ll notice, the Spurs stayed in Curry’s grill the entire game over every square inch of hardwood. When he ran through a pick and roll, San Antonio would aggressively switch onto him. If he got himself a sliver of separation, they’d run two dudes right at him. Popovich’s gambit clearly knocked Curry’s rhythm askew early and he never looked like himself for the rest of the game. Curry took the blame for the loss, and told Ethan Sherwood Strauss that he had to do a better job balancing the offense out under fire…..Read More

Source: Gregg Popovich’s Scheming Threw The Warriors Off Their Game