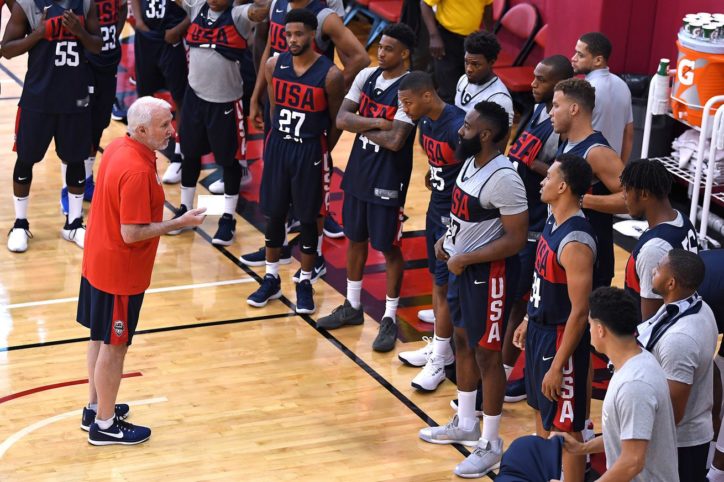 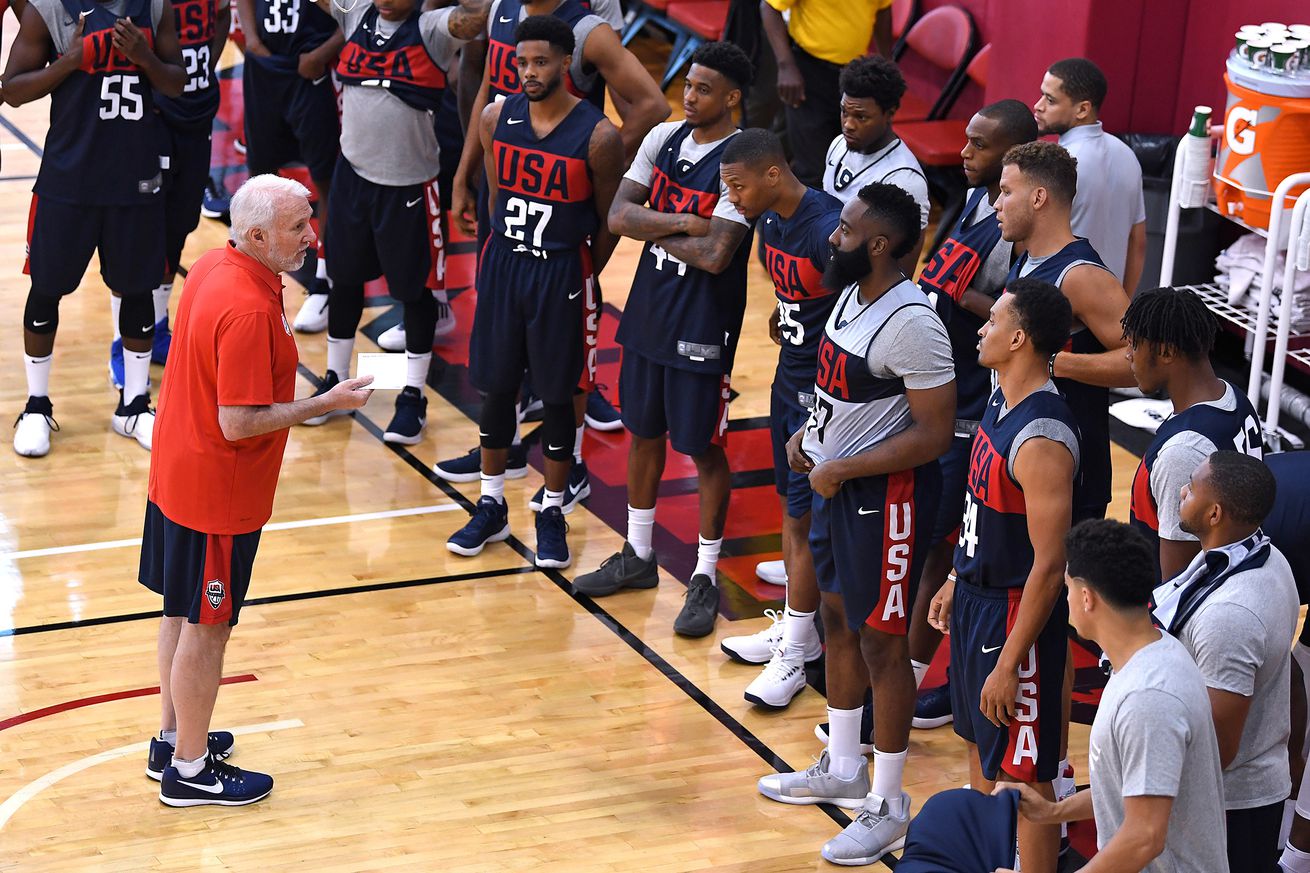 With so many top players opting out, USA Basketball’s dominance could be challenged, and soon.

As the FIBA World Cup approaches, the prohibitive favorite keeps seeing notable absences pile up. In just the past few days Damian Lillard, Kevin Love and the Spurs’ DeMar DeRozan have become the latest to announce that they won’t play for Team USA in China in September.

While the US should still win it all, having so many absences in the first tournament in which Gregg Popovich will be in charge has to be a little concerning. It’s too early to sound the alarms, but American dominance of international basketball could be in jeopardy in the near future if the program can’t stave off complacency.

It’s hard to blame fans and analysts who will scoff at the possibility of the rest of the world catching up to the USA in basketball, since they’ve heard it before and it never came true. Simply put no other national team can match Team USA’s star power. Gregg Popovich will not have a top three player in the World Cup under his tutelage — Giannis Antetokounmpo, Nikola Jokic and Rudy Gobert take those spots — but they won’t have to face a Rest of the World squad. The talent gap between USA basketball and every other national team remains significant, even with so many absences. But if the top tier stars continue to opt out, other factors could come into play and hurt Team USA’s future.

Most other national teams have an advantage when it comes to continuity. Unlike American stars, some international standouts play for several tournaments together. In the past, Argentina and Spain were the best examples of squads with some top tier talent and a mix of veterans and young players that were better than the sum of their parts thanks to their chemistry. Now, Serbia (Jokic, Bogdan Bogdanovic, Boban Marjanovic, Nemanja Bjelica). France (Gobert, Evan Fournier, Nicolas Batum and several NBA prospects), Australia (Patty Mills, Matthew Dellavedova, Joe Ingles, Aron Baynes, Jonah Bolden, Dante Exum and, potentially, Ben Simmons), and Canada (Cory Joseph, Tristan Thompson, Kelly Olynyk, Jamal Murray, Shai Gilgeous-Alexander and RJ Barrett) have cores who could be ready to pick up the mantle and become potential threats.

As long as Team USA manages to put together a roster of 12 from the top 30 American players who have at least some passing familiarity with each other, it won’t matter how good other squads get. But if this summer is any indication, that might prove hard to do. A lot of the best talents who are in their prime already have Olympic golds and not much to win by suiting up for the national team. In fact Team USA’s absolute superiority over the competition is one of the main reasons for the absences. It’s been 13 years since the last upset. There’s no recent loss that needs avenging, no wounded pride that needs restoring to motivate the newest generation of standouts to give up their summers to USA Basketball.

Gregg Popovich was supposed to be a draw, but that hasn’t yet been the case. Despite 40 percent of the players who participated in a recent player poll conducted by The Athletic’s Sam Amick answering that he was the coach they most wanted to play for, that league-wide admiration hasn’t translated into big names committing to suit up for Team USA. The new FIBA qualifiers, which take place during the NBA season and thus have forced both Pop and most NBA players to sit them out, might be at least partially to blame. The only time Pop has had with the veterans he probably felt more comfortable with has been in mini camps featuring too many people to allow anyone to truly bond. Focusing more on young players could have been the way to go, but he likely doesn’t have the same comfort level with them Mike Krzyzewski had.

The factors that led to Team USA’s last few defeats were the combination of superstars not feeling like international competition was a challenge or an honor, and a respected coach who couldn’t draw them in but remained partial to veterans — along with the continual improvement of the rest of the world’s national teams. At least some of those factors appear to be converging again. It might seem hard to imagine any American basketball team suffering an upset in international competition, but there is recent precedent.

All this fretting will come to nothing if the still-favorite Team USA World Cup squad wins the title and the superstars return for the Olympics, which doesn’t seem completely unlikely. The talent gap between American basketball and the rest of the world’s is big enough to prevent a down period for Team USA as long as the program doesn’t completely fall apart.

Yet even in that context, dismissing all concerns about the future doesn’t seem wise. There are some red flags in place. If in the next few tournaments some other national team ends up at the top of the podium, we’ll look at this summer as the moment it became possible.

Gregg Popovich’s first experience as Team USA’s coach is not off to a great start
Source: Pounding The Rock