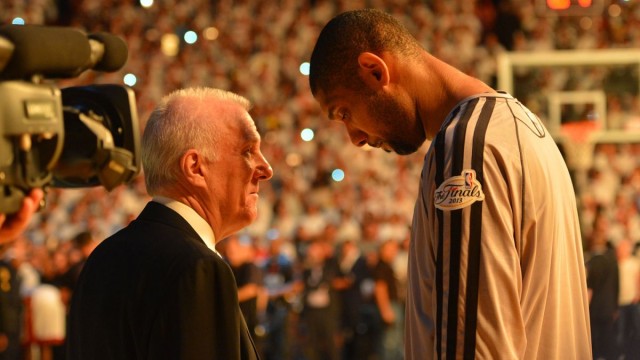 A San Antonio shootaround practice is winding down in silence, except for the occasional sound of a dribble or the whooshing noise that accompanies the ball going through the net. Players are lined up along the sides of the foul lane, watching teammates take two free throws before moving on in orderly fashion.

And it’s a microcosm of how the Spurs do business — simply and effectively.

“You try to do things that are logical,” Spurs coach Gregg Popovich said. “It’s sort of what works for us.”

In a league that isn’t shy about showing off glitz and glamour, the Spurs just show up, do their job and usually go home with the win. And the team wearing San Antonio’s silver and black this season perhaps is the franchise’s best yet under Popovich, no small statement considering that he’s already won five NBA championships with the Spurs.

At 45-8 so far, there’s no doubt that this year’s team is good enough to give him hope of winning ring No. 6…..Read More