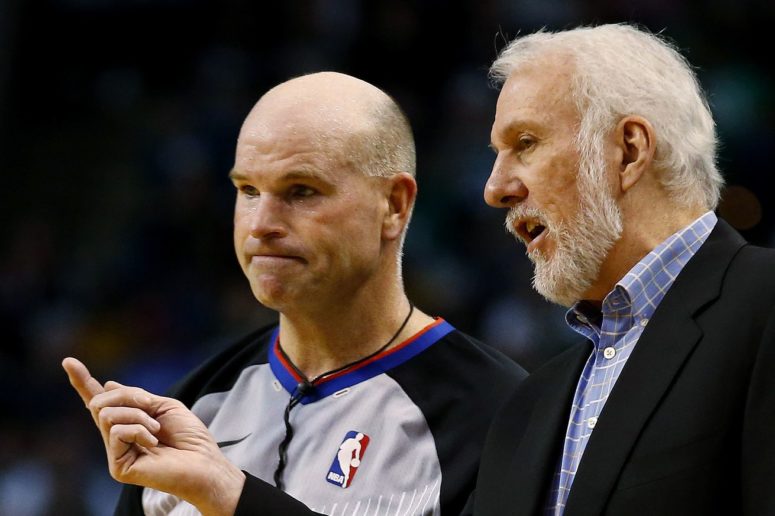 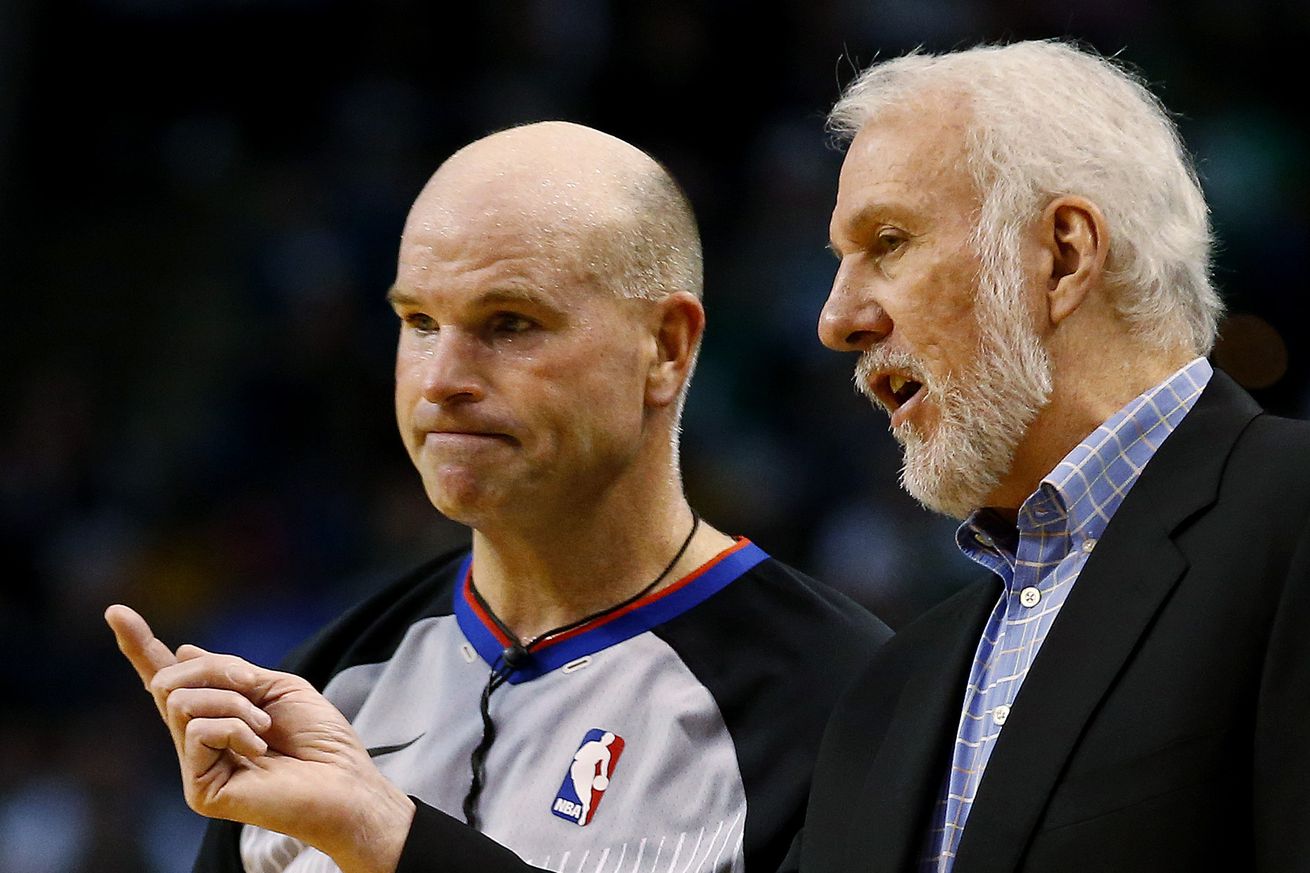 With the Spurs’ win Sunday night Pop steps out of a tie with Phil Jackson, and we look back on his last championship.

An exciting victory over the Phoenix Suns has separated Gregg Popovich from Phil Jackson. The Spurs’ head coach is now the 6th winningest coach in NBA history. It’s obviously been his dream since he was a little boy. His quote alone says it all:

“Yes, it’s the most important thing in my life,” he said. “Even my grandchildren can take a hike. What I might do when I retire, what kind of wine I’m going to have with dinner, all those things pale by comparison when I think about how many wins I have. I hope I can coach long enough to have more than anyone has ever had them. I want more than everybody.”

Gotta love Pop’s lack of ego and ability to poke fun at the accolade his position has afforded him. But success in any career is impressive. The grit and determination it takes to do a good job and continue to flourish year after year is the very fabric of the American dream. To stay relevant under a spotlight in an industry that kicks you to the curb at the first sign of fatigue solidifies Popovich’s stature as one of the most impressive coaches in any sport. He may not care to showcase the milestone, but his fans have a right to celebrate and take pride.

Since 1997, the Spurs have spent 48 days with a losing record. 48 days! That is simply ridiculous. And it is the best in the NBA over the last 20 years. By comparison, the next best on the list is the Dallas Mavericks with 771 days spent under .500.

Quite a milestone. Pop’s full of them. And in recognition of Gregg Popovich claiming the 6th spot, we remember his 5th title in 2014.

What makes it so important:

The 2013 Finals haunt the Spurs for a year

If you are like me, the 2013 Finals shook you to your core. The championship was so close that it seems unreal that it went down how it did. Sitting in my Brooklyn apartment watching on a fuzzy TV that required antennae. I was blown away. So much so, that on Thursday, June 20th, immediately after that final game, I stood up in my living room and declared to my pregnant wife:

“We will move to San Antonio and raise this baby. Next year, the Spurs will be back in the Finals against this same Miami Heat team. And this time the Spurs will WIN! And I will forever be able to tell my daughter that teamwork and loyalty are better than super teams and grand-standing.”

Fifteen days after my daughter was born we were in San Antonio and we watched every single Spurs game and rooted all season. I know I am not alone.

The drive and intensity that carried the Spurs to the number one seed was inspirational. But what stands out to me is May 31, when Tony Parker injured his ankle during Game 6 of the Western Conference Finals against the Oklahoma City Thunder. Popovich went with Cory Joseph, but leaned heavily on Boris Diaw, who took over and led the team to an overtime victory, propelling them into the NBA Finals for the second year in a row.

Fast forward to Game 3 of the NBA Finals when Gregg Popovich inserted Diaw into the starting line-up for Tiago Splitter after an upsetting loss at home in Game 2. In addition to that adjustment, after scoring 9 points in each of the first games, Kawhi Leonard went on his Finals MVP tirade scoring 29, 20, and 22 in the last 3 games. When asked what he had said to Leonard, Pop replied, “That’s family business.”

In Game 5, the final game of the 2014 Championship, the Spurs started slow. After a first period so lackluster that the Spurs were in a 22-6 hole with 5:04 the Spurs began digging themselves out.

A Diaw alley-oop leading to a Leonard slam dunk changed the momentum for good and the Spurs at the 6:36 mark of the 3rd quarter the Spurs found themselves in the midst of a 50-20 run over a 22 minute period. The Spurs “Beautiful Game” –although at its core the design of tragedy manifested into a unified goal- came to its fruition.

At the beginning of the 4th quarter with the Spurs up by 19, Doris Burke asked Gregg Popovich:

Doris Burke: Pop, what are the things your team must sustain in this final period?
Pop: Good defense.
Burke: Tony Parker gets his first basket, what does it say about your team that you can be in this position?
Pop: Everybody’s playing well.

Only Gregg Popovich can make a sideline interview sound like the Fast Money round of Family Feud. A man of few words. But as a result, when he speaks his words resonate.

The Spurs finished the game with a score of 104-87, a margin of 17 points. The Spurs won all four of their games by 15 points or more. Kawhi Leonard was named the Finals MVP. The Big 3 of Duncan, Ginobili, and Parker appeared in 117 playoff games together. The most of any trio in NBA history. And for Duncan and Pop, it was the 5th title for the self-proclaimed soulmates.

Tim Duncan called it “The Sweetest” of the championships, having rebounded from the heartbreaking loss of 2013.

Less than a month later, LeBron James would leave Miami and head back home to Cleveland, essentially having his super team dismantled by Pop and the Silver & Black.

Two seasons later Tim Duncan retired and many predicted the end of the Spurs Dynasty. But with Gregg Popovich at the helm, the Spurs have maintained greatness and continued to be competitive. Now Pop leads his team against another artificially manufactured super team with the goal of reclaiming an NBA championship.

What are your memories of the 2014 Championship? Please join in the conversation in the comments section.