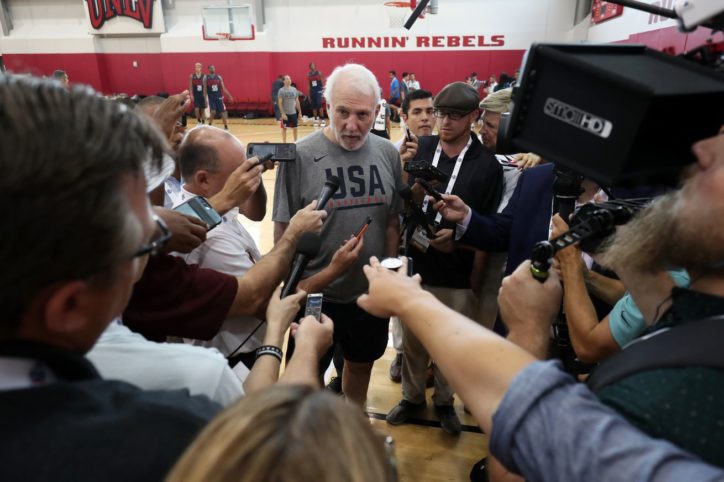 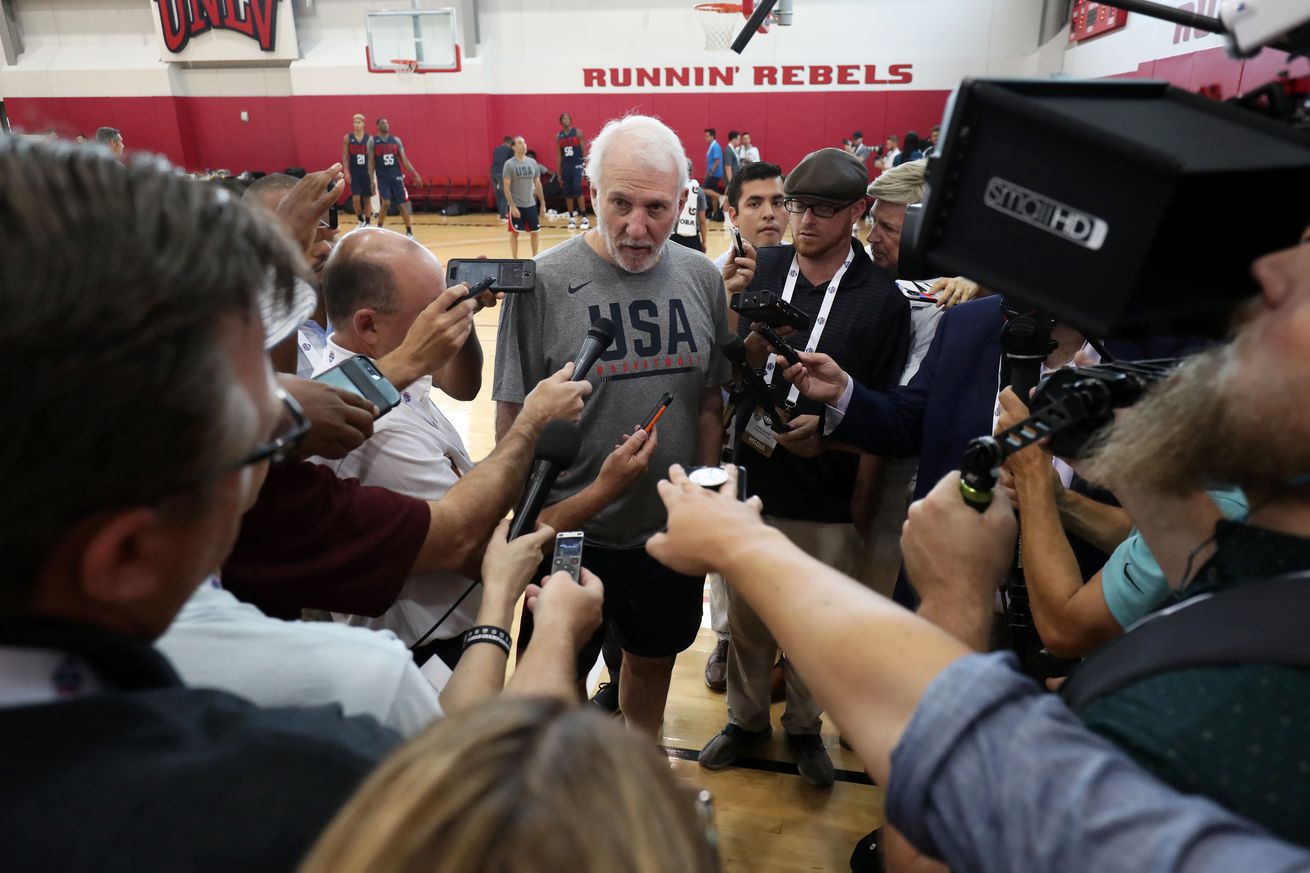 Pop is Popping the media once again.

It hasn’t taken long for Spurs coach Gregg Popovich to remember he doesn’t like media sessions. After Tuesday’s Team USA practice, it barely took a minute for Pop to become visibly annoyed (in a joking way . . . mostly) with questions coming from reporters that he described as having “no answer to”.

Whether the questions were too long, specific, or not information he wanted to give away (like which players were impressing him the most), he had a good time with his usual ribbing of the media, even longing for it to be over.

And in case anyone was wondering, he was asked about Derrick White’s performance with the select team so far, and while he refused to discuss him or anything Spurs-related while he’s coaching Team USA (which is the correct decision, IMO), he did throw in a quick “He’s pretty good, though.”

Gregg Popovich has had it with the media asking questions “there’s no answer to”
Source: Pounding The Rock