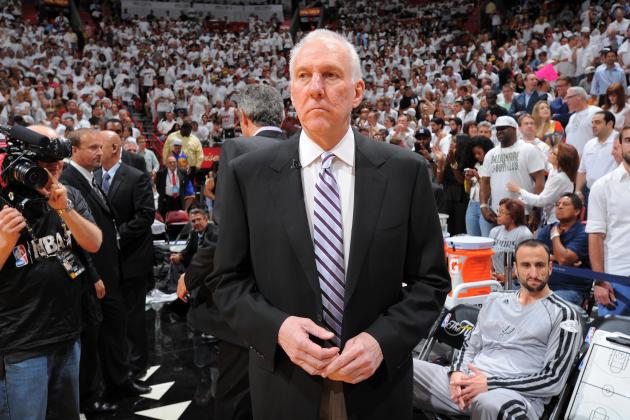 San Antonio Spurs head coach Gregg Popovich acknowledged Tuesday that life won’t be quite the same without recently retired legend Tim Duncan and also spoke about his future as a coach for the Spurs and Team USA.

ESPN.com’s Ramona Shelburne interviewed Popovich as he was preparing to coach the USA Select Team at training camp in Las Vegas. He started by saying some words about Duncan’s legacy and spoke about how his future in San Antonio is perpetually in question:

There’s a big hole in my belly. I think about the culture and his humor. I’ve been used to that for 20 years and now it’s gone. I have to find that in some other way, some other power, some other player. I have to do something. But life goes on for all of us.

According to Shelburne, it was believed Popovich would retire when Duncan did, but apparently the 67-year-old is still keen to roam the sidelines for the Spurs and for Team USA for the foreseeable future……Read More