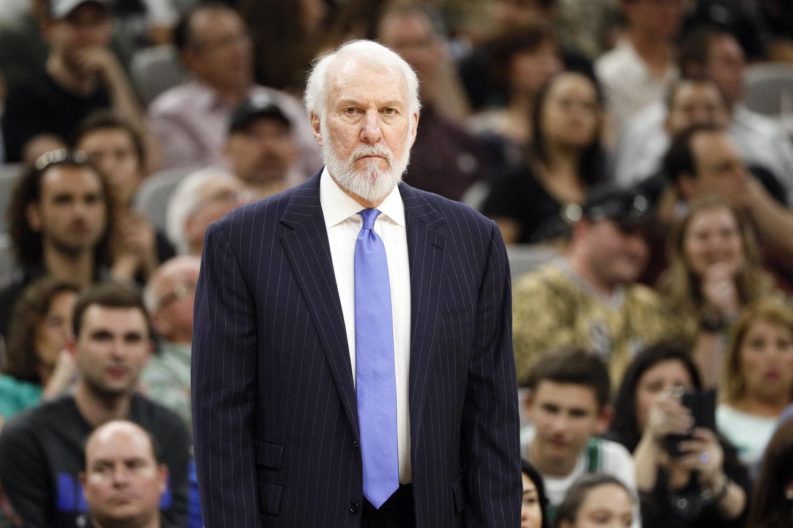 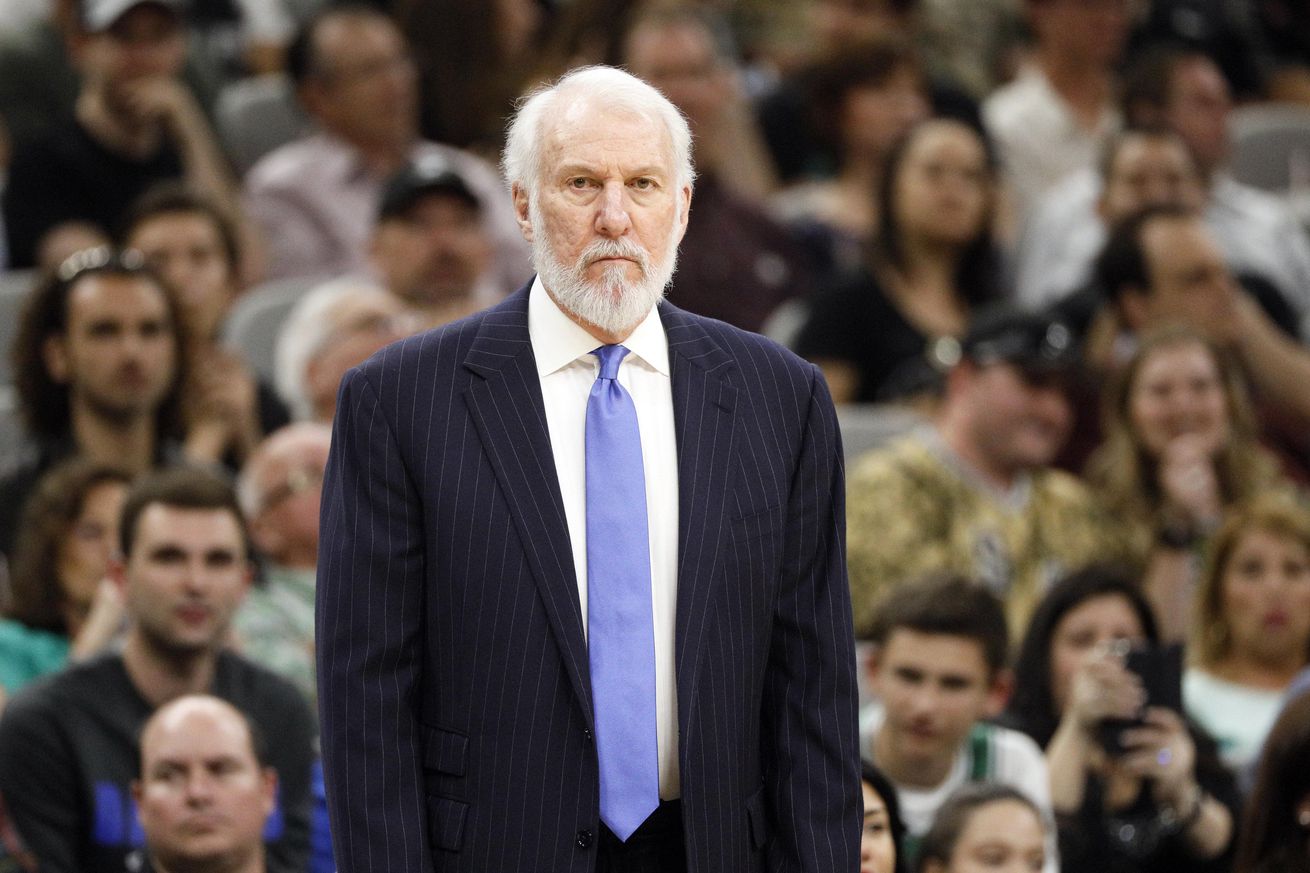 No team has called more first-two-minute timeouts over the last decade than Pop.

Spurs head coach Gregg Popovich can be a mystery at times, but one thing is fore sure: in his world, it’s never too early to call a timeout. Spurs fans know just as well as his players that if the opening possession is botched too badly, an angry Pop timeout is coming. In fact, according to ESPN’s Stats & Info group, Pop has called 50 percent more timeouts inside the first two minutes of a game (30) than anyone else since 2009, and some teams have never even called one.

Perhaps no player has been used as an example in such scenarios more than Danny Green, who told fivethirtyeight.com what usually goes on inside those huddles:

“In a nutshell, when he calls us over that quickly, it’s to say: ‘Wake up — get your head out of your butt. This is a big game. You can’t fall asleep on defense and fail to execute on the very first play of the game.’ He uses language that’s a little stronger than that, but if he has to call timeout that early, it’s pretty much to chew you out for not really being in the game mentally yet.”

This season alone Pop has called five timeouts inside the first two minutes, and a lot of that can be explained by injuries, youth, and inconsistent line-ups.

“If you have different lineups every night and different players, it’s going to be more challenging,” said Popovich, whose team still boasts the third-best defense in the NBA this season. “But you know, quit your crying and just play. And that’s what we’ve done. No one’s crying. No one’s making any excuses. Everybody has problems they have to overcome with their teams.

“With us, it’s been the injuries. And it’s very disappointing because we wanted to pick up where we left off last year after 61 wins and going to the conference finals. We had really high hopes. Even without Tony (Parker) and Kawhi (Leonard) to start, we did very well. Then we kind of hit a wall.”

Still, Pop insists it’s not a goal of his to hunt down reasons to call early timeouts. As he put it, “it’s just by the seat of his pants” and depends on the level of execution. In particular, he expects better execution from his starters and veterans, and we all know he’s not afraid to make an example of them.

“He expects us, as veterans who’ve been here long enough, to know these things. To lead more, and to do more,” Green said. “Our leash is exactly the same as everyone else’s. Maybe even shorter. So it’s on us to get those (younger) guys in gear as well. The timeouts are kind of designed to say, ‘If these (starters) can fall in line and take the criticism, you better fall in line, too.’”

Pop has never been afraid to differ from normal coaching practices, and this is just another example of how he will do whatever it takes to get his team’s attention. Whether it’s making an example of his star players, getting himself ejected to make a point, or wasting a timeout 14 seconds into a game, based on his track record it clearly works.