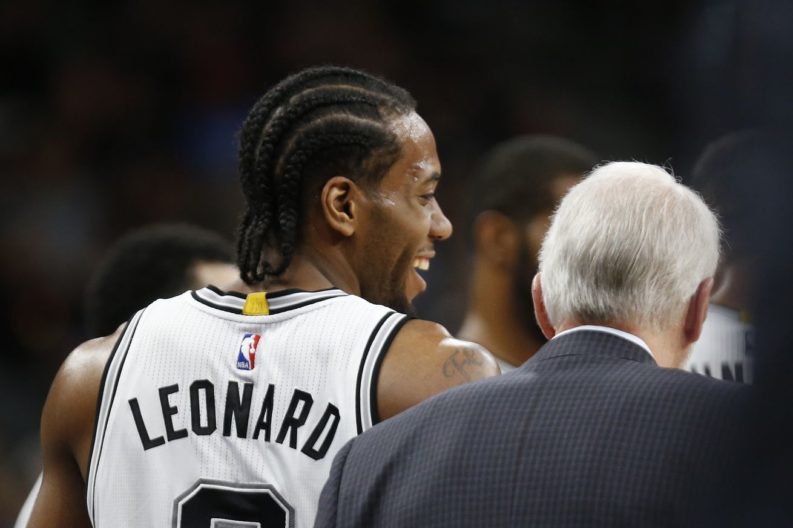 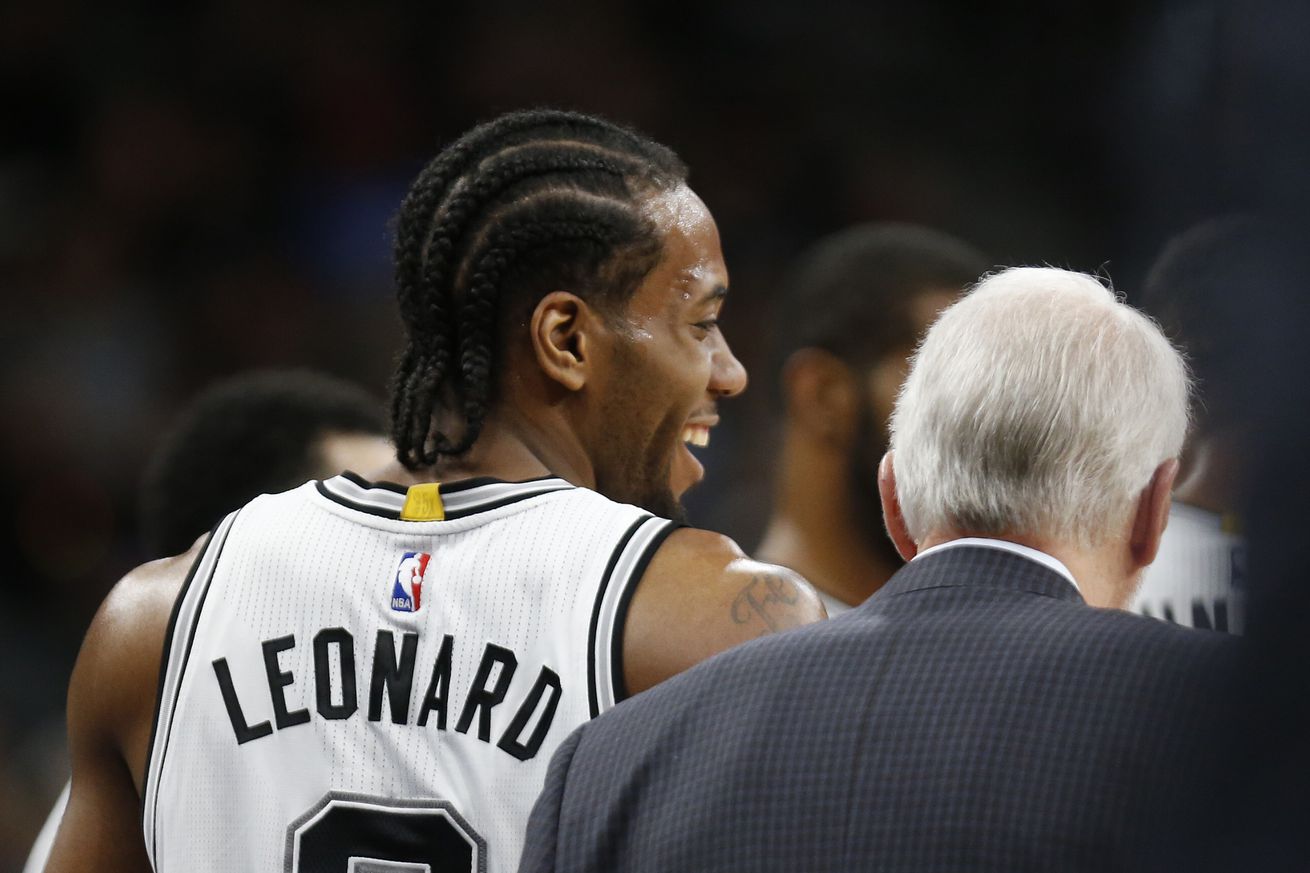 Pop heads off thoughts that his best player doesn’t want to stay with the team.

Last night’s win over the Cleveland Cavaliers provided a bit of respite for both the struggling Spurs and their fans. Not only did they beat a fellow contender — albeit possibly the only one that is playing worse while dealing with more drama than they are — to get out of a two-game losing skid, but Gregg Popovich addressed the rumors circulated by ESPN that there is a rift between the Spurs and Kawhi Leonard, and that Leonard wants out due to the lack of talent around him.

Speaking prior to the game, Pop was asked about the state of the team’s relationship with Kawhi, he had the following to say:

“It’s no different than it has been for all the time he’s been here.”

“Lots of players go get second opinions. Lots of players have trainers. Second opinions are good. It doesn’t indicate anything except for due diligence, making sure you’re doing everything you can to get a player back. Nobody wants to come back more than Kawhi Leonard. I think I’m No. 2. His teammates want him back, everybody wants him back. He’s a competitor. He wasn’t Kawhi Leonard when he first arrived, the one we know now, so that shows you how much work he’s put in to get here. He certainly doesn’t want to be missing games. So it’s frustrating for everybody but for somebody to come up with something about him and his teammates, it’s just silly.”

“I don’t get it. We won’t talk about it. There’s nothing to talk about, other than what we’ve already said. The rehab is going slower than expected. We wish it would have gone more quickly. And if we’re going to err, as we have in the past, we’re going to do it on the conservative side. We kept Timmy Duncan out of a playoff one year because of a knee, and he could have played. I don’t see this as anything different than we’ve done with any other player. Some people, for some reason, want to do that. That’s OK. It doesn’t affect our team or me or anybody else.”

Add Pop to the growing list of Spurs insiders vehemently denying “reports” that there is any growing tension between the two parties. You can also include San Antonio’s most prominent sports anchor, News 4 San Antonio’s Don Harris:

Was there disagreement? Yes is it beyond repair? No. Does Kawhi want out? Doubt it. This is 8 wks old, We had it. Just now making natl news.

So there you have it. There’s been a lot of rattle and hum to sort through lately, but it’s kind of hard to ignore local sources with more inside connections (and the Spurs themselves, for that matter) in favor of unnamed “sources”. As mentioned yesterday, the best thing that could happen is for Leonard to speak for himself, but until he either does that (or signs his extension this summer) we won’t know for sure what’s going on in the reserved superstar’s head.

Also last night, future Hall-of-Famer and all-time great LeBron James became the youngest player in NBA history and seventh overall to join the 30,000 point club on the final shot of the first quarter.

Gracious hosts as always, Spurs fans gave The King a nice round of applause at the break between quarters, which he clearly appreciated:

After the game, James had nothing but nice things to say about Spurs fans, the organziation, and Coach Pop:

#✌ ☝ : #Cavs #LeBron James (@KingJames) thanked #Spurs fans & #SpursNation for the standing ovation when he became the youngest player in #NBA history to reach 30,000 pts tonight. He also made time to share how much he admires #Popovich #KSATnews #GoSpursGo #KSATsports pic.twitter.com/VTuNzhIZRS

As if James buddy-buddying up with Dejounte Murray throughout the game wasn’t enough to trigger some already low-lying James-to-Spurs rumors for this summer’s “Decision 3.0”, his well known respect for Pop and how he runs his organization only enhances it. Spurs fans are already waste deep in the rumor mill, so what’s one more?