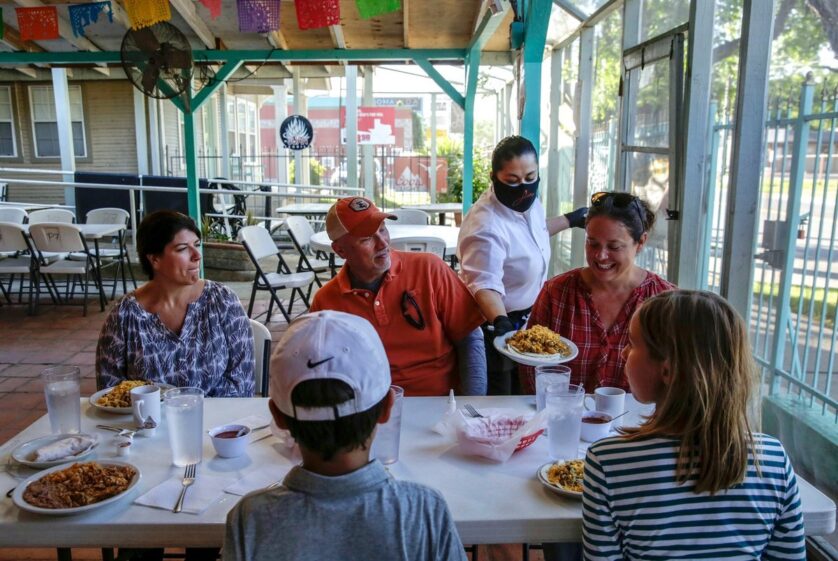 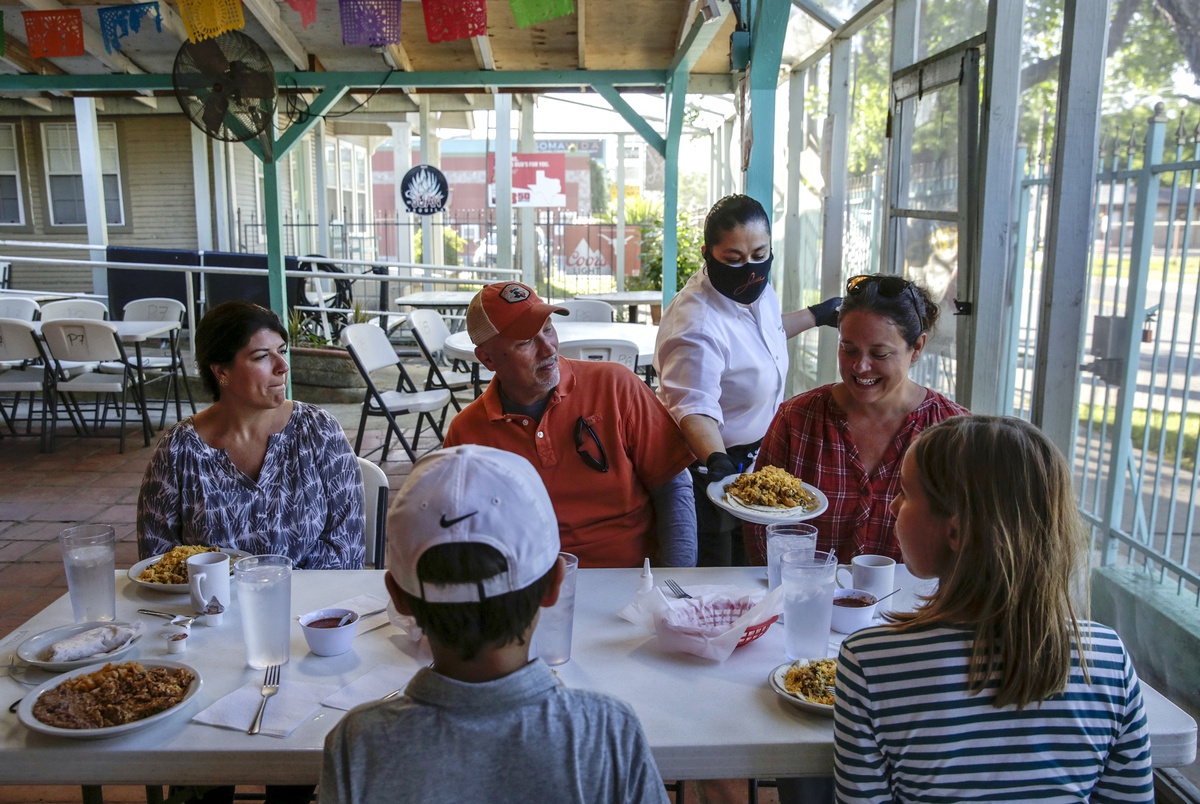 Gov. Greg Abbott directed restaurants to ignore local curfews — specifically in Travis County — that were implemented to mitigate the spread of the COVID-19 virus on New Year’s Eve.

“To Texas restaurants. A formal statement. ‘The Governor’s statewide executive order allows food establishments to be open for in-person dining on New Years Eve as authorized by the Texas Alcoholic Beverage Commission. They should remain open. Happy New Year!’ Cheers!” Abbott wrote on Twitter at 7:39 p.m., within three hours before the Austin-area curfew was to go into effect.

“I’m not a lawyer, but… This appears to me to be a response to @KenPaxtonTX’s latest court defeat and it appears our Governor, who is a former AG and Supreme Court Justice, is telling the public to defy the ruling of a Texas District Judge. *Please* tell me I’m wrong,” wrote Democratic state Rep. Chris Turner of Grand Prairie on Twitter.

In a statement issued within an hour of Abbott’s tweet, Austin Mayor Steve Adler noted the city was “experiencing uncontrolled spread of the virus” and that individuals should “celebrate at home, order out and tip generously.”

“We’re encouraged the District Court agreed that cities have the authority to react to local conditions and protect their residents when the state won’t,” the statement added.

“The Court finds the State has not demonstrated a probable right to the relief sought nor imminent and irreparable harm,” said Amy Clark Meachum, presiding judge of the 201st District Court. Late Thursday night, the Texas Third Court of Appeals denied an appeal from Paxton over Meachum’s ruling.

This most recent back and forth between Austin and the state started on Tuesday: citing an increase in COVID-19 cases, Adler and Travis County Judge Andy Brown announced that dine-in food and beverage service would be restricted both indoors and outdoors from 10:30 p.m. to 6 a.m., starting Thursday and ending at 6 a.m. Sunday. The measure allowed restaurants to offer drive-thru, curbside pick-up, take out, or delivery services.

“Today’s ruling will help our community slow the spread of COVID-19, while allowing businesses to safely continue their operations through takeout, drive-thru, and delivery service options,” Brown said in a statement at the time. “I encourage everyone in Travis County to order food for takeout from a local restaurant and to celebrate the New Year safely at home tonight.”

Restaurants are currently allowed to operate with occupancy limitations indoors in Texas, and more than 2,500 bars and nightclubs have reopened by converting to restaurants, offering food and committing that alcohol sales are less than half of their revenue.

The team of lawyers representing the state argued that Austin’s order contradicted the emergency orders issued by Texas Gov. Greg Abbott, which established the rules for operation of businesses and occupancy restrictions.

“There is a direct conflict here. Only one order can control and we’ve explained why the governor’s order is the one that should prevail,” said Todd Dickerson, part of the team that represented the state of Texas.

But the attorneys for the city of Austin and Travis County argued that their order is within the limits established by Abbott because it does not stop businesses from operating — it only restricts the way they provide service. Under the curfew, patrons are not ordered to leave at 10:30 p.m., but they could not be served on-site.

“It is our position that these local officials are in the best position to make the best decision for this jurisdiction,” said Travis County attorney Leslie Dippell. “In other words, one size does not fit all.”

The city and the county attorneys also asked Clark Meachum to consider the “public interest” and brought in Mark Escott, interim health authority and public health medical director for the City of Austin and Travis County, as a witness.

Escott said since Dec. 1, COVID hospital admissions are up 127% and ICU bed occupancy has increased 94% in Austin and Travis County.

Previously, Abbott tweeted that Adler didn’t have authority to issue a local order.

“My executive order stops cities like Austin from arbitrarily shutting down businesses,” he said. “The city has a responsibility to enforce existing orders, not make new ones.”

Earlier this week, the Texas Restaurant Association called on Austin businesses to follow Abbott’s guidance and said that “a curfew is not allowed.”

“Restaurants are deeply invested within their communities, and so they continue to do all they can to prevent the spread of COVID-19, often at tremendous cost,” the organization said on Twitter. “Closing indoor dining will not prevent holiday celebrations; it will simply move them from highly regulated businesses into completely unregulated spaces at a critical time in our COVID-19 response.”

El Paso County has also ordered a similar curfew for this weekend, as it did for Thanksgiving and Christmas. The county has banned all social activities — including restaurant dine-in services — from 10 p.m. to 5 a.m. between Dec. 30 and Jan. 4 but allows take out and drive-thru service. After he set the Thanksgiving curfew, El Paso County Judge Ricardo Samaniego said that he took action after what he said was a “favorable” discussion with Abbott’s office and a representative from the Texas Attorney General’s office.

The U.S. Centers for Disease Control and Prevention has warned Americans to avoid crowds and poorly ventilated indoor spaces and recommended that people stay at home for New Year’s Eve or celebrate virtually.

Disclosure: Steve Adler, a former Texas Tribune board chair, and the Texas Restaurant Association have been financial supporters of the Tribune, a nonprofit, nonpartisan news organization that is funded in part by donations from members, foundations and corporate sponsors. Financial supporters play no role in the Tribune’s journalism. Find a complete list of them here.