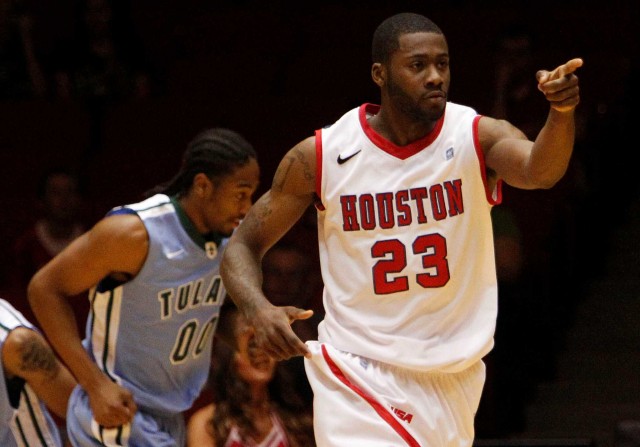 HOUSTON — Before the start of each new basketball season, in what has become a new tradition at North Forest High School in Houston, coach Trey Washington hands out jersey No. 22 to his best player.

Last season, it went to a guard named Elijah Lewis, who now plays at Concordia University in Austin.

This season, it belongs to Sonny Cousins, a McDonald’s All-American nominee.

The gesture pays homage to one Jonathon Simmons, who last wore it for the school on the city’s northeast side — at what was then called M.B. Smiley High — in 2008.

“It’s a good feeling that they’d even consider something like that,” said Simmons, now a 26-year-old rookie guard with the Spurs.

Having arrived at the school in 2010, Washington never coached Simmons.

Nor did Simmons ever technically play for North Forest, which did not exist until 2013, when the state shut down Smiley High for academic underperformance.

If it seems odd for a high school to honor a not-quite alumnus who has yet to complete a full season in the NBA, consider this:

Washington began treating No. 22 as his team’s ultimate honor last season, when Simmons was still in the Development League.

“There’s not too much that’s positive coming of this community,” Washington said. “We don’t have pros come out of this neighborhood. To see one of our own be successful, it means everything.”

On the map, it is about 13 miles from the blighted, forgotten corner of Houston that Simmons still calls home to the Toyota Center, where the Spurs close their rodeo trip Saturday against the Rockets.

For Simmons, it took what felt like a lifetime to make the trip.

At this time a year ago, Simmons was living hand-to-mouth in the D-League in Austin, sometimes borrowing money to buy diapers for his young children or lunch for himself……Read More