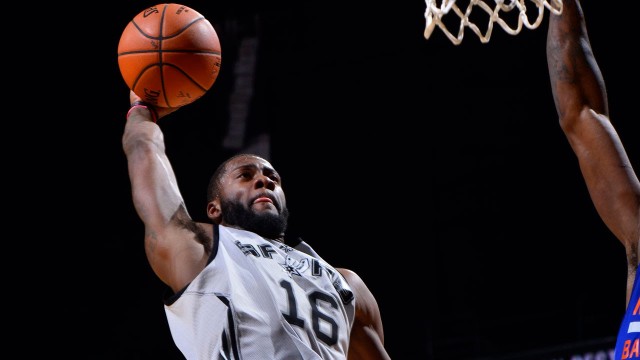 In the pro sports world, you need to be talented, but you also need to be lucky. Some of the greatest teams and players have been derailed by a bout of poor luck.

A tricky landing. A mis-timed move. An inadvertent elbow.
All it took for Spurs guard Manu Ginobili to lose one month — or more — of his season was one ill-timed turn, one misplaced knee, one awkward collision.

“It wasn’t my best day, but the surgery went well,” the 38-year-old guard said via Twitter. “Almost ready to go back home and start the recovery process. Thanks!”

That process has an indefinite timetable, but his absence is expected to last anywhere from one month to six weeks.

In the short term, it’s not ideal.

Ginobili has resembled his past self this year, whizzing impossible passes, sinking timely 3-pointers and anchoring the NBA’s best bench, and doing it while flashing his endearing ear-to-ear grin.

The loss puts some of the onus on two inexperienced players more than a decade his junior: 22-year-old Kyle Anderson and 26-year-old D-League journeyman Jonathon Simmons…..Read More