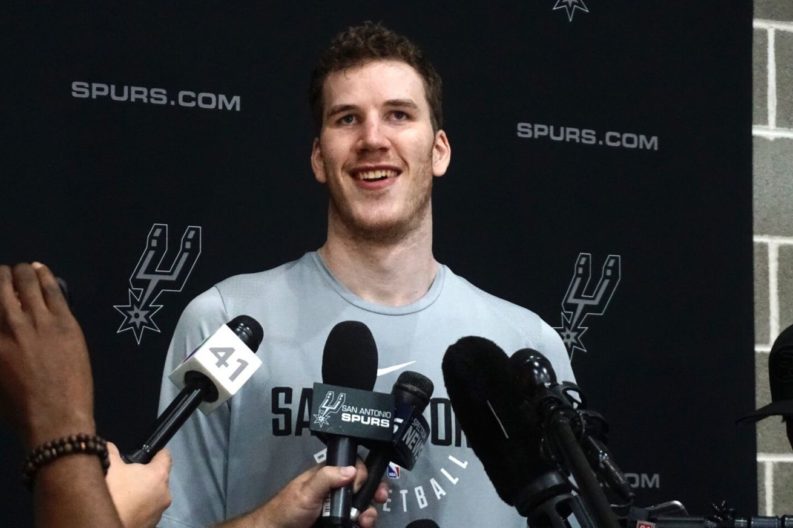 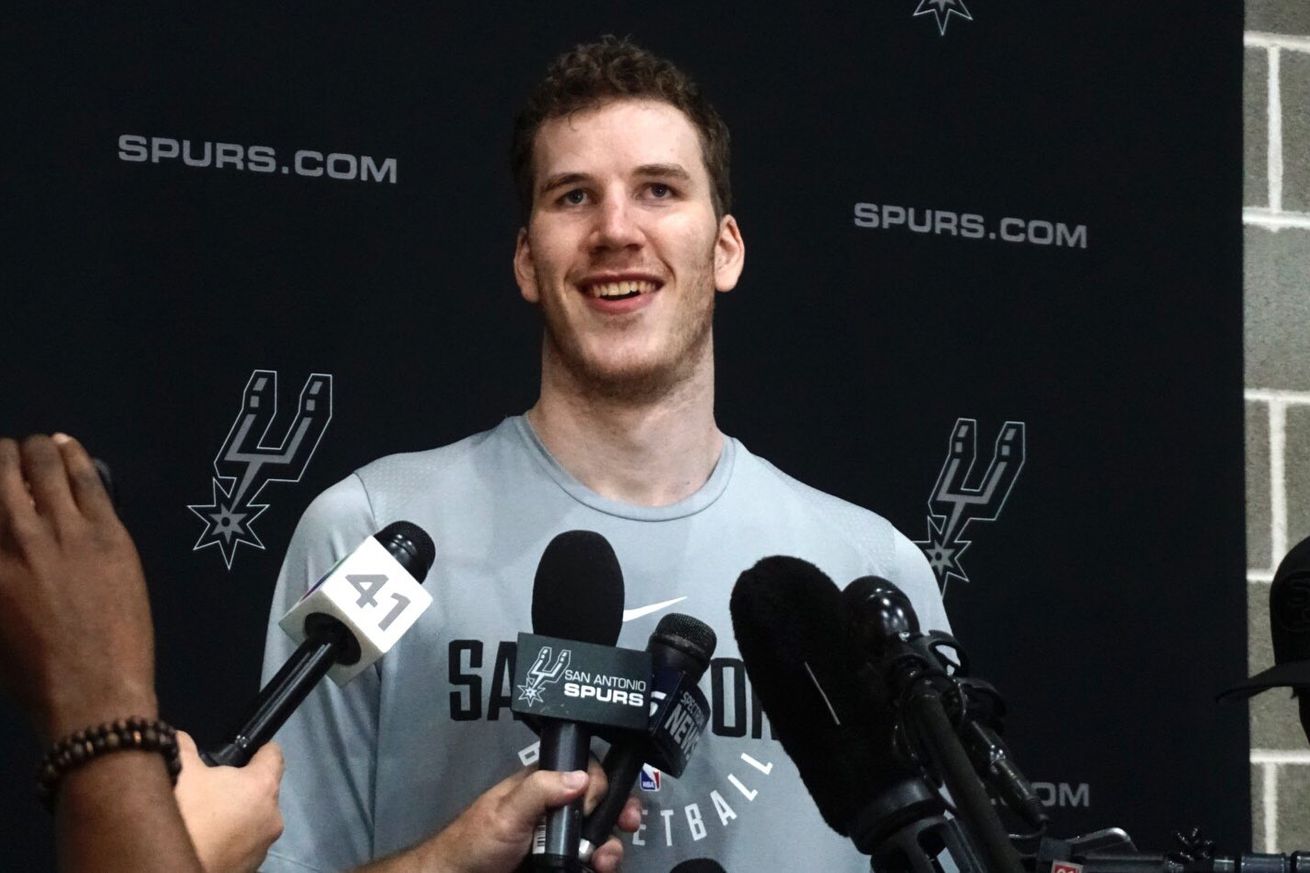 The Spurs newest big man just had in introductory press conference with the local media.

Austrian big man Jakob Poeltl — acquired from the Toronto Raptors via the Kawhi Leonard / DeMar DeRozan trade — had his introductory press conference with local media at the Spurs practice facility today. He talked about his first meeting with his new coach, Gregg Popovich:

Jakob Poeltl on first dinner with Popovich… as always, little to no talk about basketball… just getting to know each other #Spurs pic.twitter.com/1jgg1Qj8BN

He also gave his thoughts on Charles Barkley calling him the most underrated big man in the league, as well as looking forward to learning from veterans such as Pau Gasol and Tim Duncan:

New #Spurs F/CJakob Poeltl on Charles Barkley saying he’s one of the most underrated big men in the, who is looking forward to learning from among SA big men… and first convo with Tim Duncan #NBA pic.twitter.com/tn2eERImRl

He also mentioned how the Spurs’ renowned ability to develop players is one of the things he’s most looking forward to and plans on taking full advantage of. However, a lot of his discussion centered around his fellow former Raptor. In reference to DeRozan saying he’ll play with a chip on his shoulder:

“It’s a little bit scary, to be honest, because I know what he can do when he has a chip on his shoulder, when he gets that extra motivation. Yeah, I think he’s going to be ready.”

“The great thing about him is what he has learned over these past few years, especially last year. He is really good about making reads now and taking over a game and (knowing) when to take over a game. Everyone knows he can take over a game and score 30, 40 points, but then you have games where the defense adjusts to him and he finds his teammates.”

While Poeltl’s happy to have familiar face around as he moves to a new team, he has also made an effort to get to know his new teammates as well.

“Obviously, it helps to have a familiar face, a guy that I have played with over the last few years. I know how he plays basketball. He knows me. I think we play well together. But, at the same time, I have been here almost two weeks now, working out with these guys that I have never really played with before, and it was like really easy. I think there is at least, for me so far, a natural chemistry. I am getting along with everybody on the court and off the court.”

If a full video comes out of his interview, we will post it right here, so stay tuned.