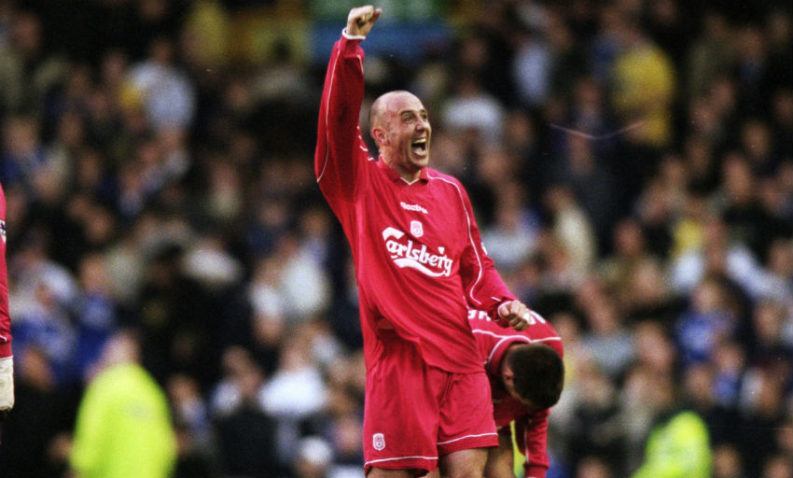 No risk, no reward. In this case, no risk, no Gary Mac derby.

It’s deep into injury time at Goodison Park with the scoreline at 2-2, and 10-man Liverpool are awarded a free-kick a hefty 44 yards away from Paul Gerrard’s goal.

Surely it’s one to play the percentages with and send to the far post, hoping one of your big men gets on the end of it, no?

“Is it instinct?” the Scot wonders 19 years after the event during a conversation with Liverpoolfc.com. “I don’t think it’s anything you’re ever taught. You just feel in the moment and take your chance.

“Obviously you’d look pretty ridiculous if it doesn’t hit the target, but fortunately the surface was nice and slick and it was just a case of getting it over that wall.

“My feeling was that it’d skip up into the net because the goalie had just made that fatal error of making a step to his left.”

McAllister’s intuition paid off as his whipped effort sneaked in, securing a 3-2 victory in one of the most memorable Merseyside derbies.

There was some rationale to his audacity. Liverpool had a similar situation not long before, with Sami Hyypia nearly scoring with a header from McAllister’s ball into the box.

In McAllister’s mind, the Everton goalkeeper would try to ensure that wouldn’t happen again. 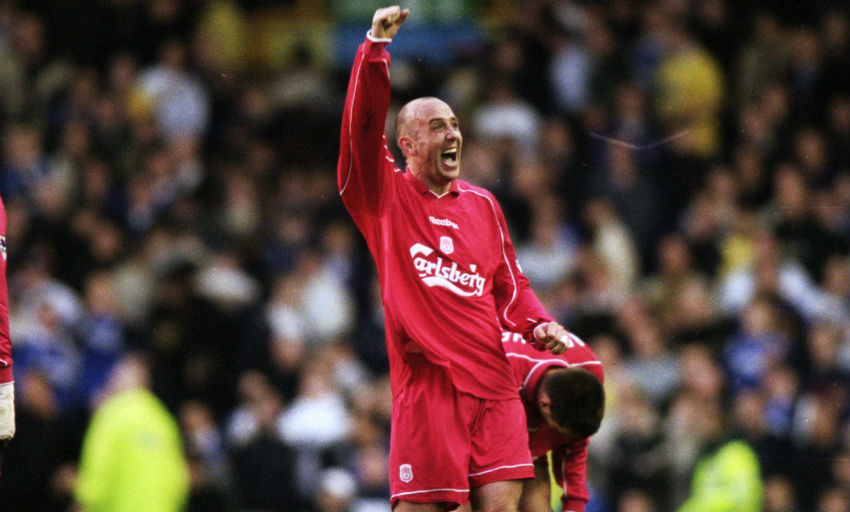 “You never go into a game thinking, ‘I’m going to make this game my game’ or anything remotely like that,” he continues.

“As anybody wearing the red jersey, just going into the game you want to win every which way – it doesn’t matter.

“In that game the game was to-ing and fro-ing. We had a player sent off, Everton equalised late in the game and then that moment just came.

“As I lined up to take the final free-kick, I just had a wee inkling that the ‘keeper was going to try to come and just take the pressure off by coming for the cross. I saw him move and went for it.”

So he did, and the lasting impression from the resulting chaotic celebrations was a beaming Gerard Houllier. McAllister, though, particularly enjoyed the reaction from two local members of Houllier’s coaching staff.

“That was always the most memorable part because you know how much it means to the red side of Liverpool, and obviously Gerard’s face was pretty special,” the former midfielder reflects.

“I always feel in the derby matches that it’s for the guys that come from Liverpool. We had a few on the pitch. But for me, seeing Thommo [Phil Thompson] and Sammy Lee was pretty special as well. 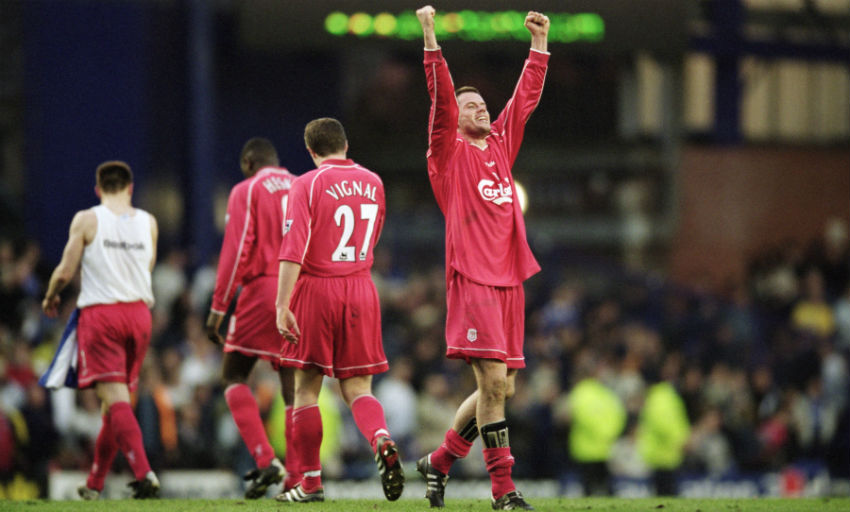 While it serves as a favourite derby-day memory for many Reds, the other side of the city have had a common retort in the years since.

Indeed, McAllister may or may not have reduced the distance of the free-kick when referee Jeff Winter was looking away.

He laughs: “Well, every one of them [points that out]! Every one that I ever meet. The spray and VAR would not be good for that one!

“I don’t know if I was intentionally trying to get it closer, I was just trying to spin it on a bit of better grass or something. That’s my excuse!”

The goal is often shown when the fixture comes around every season, with the moment still bringing about emotions for McAllister nearly two decades on.

“It does make me smile, I must admit,” the current Rangers assistant manager concludes. “I can’t hide from the fact that on occasions people have said that I’ve milked it, but I’m going to keep on milking it and enjoying that goal!”