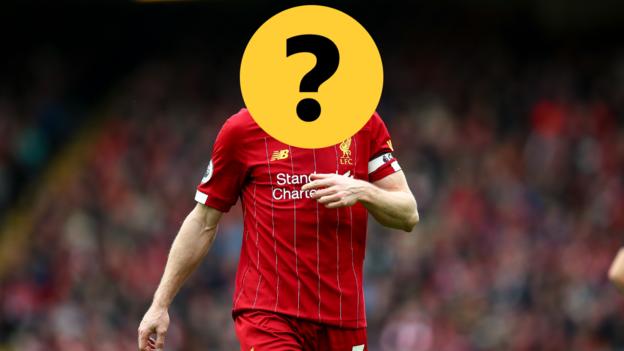 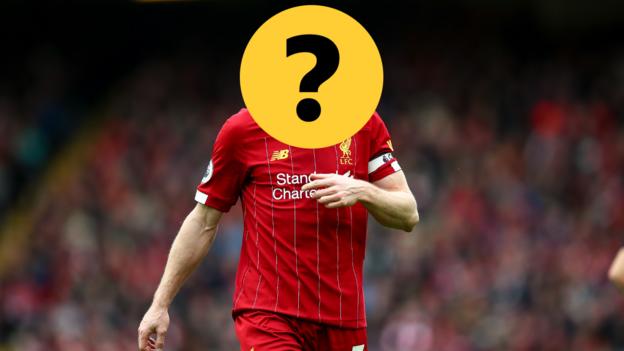 Manchester United beat Manchester City in a deserved 2-0 derby win on Sunday, with Chelsea thrashing Everton 4-0 earlier in the day.

Liverpool beat Bournemouth 2-1 on Saturday to close in on the Premier League title, with Arsenal seeing off West Ham 1-0.

Alex McCarthy may have been excellent for Southampton against Newcastle but he couldn’t win the game for them. That’s why I’ve gone for Dean Henderson, the goalkeeper who has suddenly put himself in the frame for an England call-up. I must say his double save against Norwich was a match winner. Any keeper who has had very little to do, but can suddenly spring into action and make such a vital contribution to the game must be in a great frame of mind. Whether that in itself is enough to constitute an England call-up I am not entirely sure, but he’s made my team of the week.

Did you know? Henderson has kept 10 clean sheets in his 27 Premier League games this season – becoming the 11th keeper to reach double figures under the age of 23, and the fourth English keeper to do so after Joe Hart, Scott Carson and Jack Butland.

Wan-Bissaka: This was no ordinary contest, this has become personal. I’ve seen these two go at it before in a derby and it makes for great viewing. I have to say Wan-Bissaka came out on top on this occasion and I suspect Raheem Sterling won’t like it. In the end Sterling went up front and Benjamin Mendy tried to use his pace and power to bully his way past the Manchester United right-back – but to no avail. This lad is one of the best timers of a tackle I have seen in years.

Basham: What was he doing there? Chris Basham in open play receives the ball in the box with his back to goal, flicks it over Kenny McLean’s head and takes a touch before he put his effort over the bar. His reaction indicated he felt he should have put Sheffield United 2-0 up. Now, Basham is a central defender and does not have a reputation for scoring goals so I want to know what he thinks he’s playing at? Basham has been outstanding this season for the Blades. I’m still not mad about their style of play but they have unbelievable spirit.

Did you know? Only James Tarkowski (81) has made more headed clearances than Basham (80) in the Premier League this season.

Cahill: It’s not very often I select a centre-back in consecutive weeks but I find myself compelled to with Gary Cahill. The former England defender has been immense recently while Palace have somehow kept three clean sheets on the bounce. What I most admire about Cahill is his ability not to dive in and work the forward. He stays low and on his feet and is remarkably patient. Such experience no doubt comes with age but is an attribute that is serving him and Crystal Palace well. Clearly still a top-class defender.

Did you know? Cahill has featured in more clean sheets than any other Crystal Palace centre-back in the Premier League in 2019-20 (six).

Milner: Bournemouth started the weekend in the bottom three and by the end of it they were still there – thanks to James Milner. The Liverpool captain was heroic as he produced what was arguably the clearance of the season. I said after Liverpool’s defeat against Watford that the Reds could not afford to be without Jordan Henderson and Milner at the same time and so it proved. Milner was also responsible for a headed clearance that stopped Nathan Ake, who had another impressive performance, from stealing a point. Jurgen Klopp has quickly reinstated Milner at the expense of Andy Robertson, who has been outstanding this season but desperately needs a rest.

Did you know? Milner has finished on the winning side in each of his last 25 Premier League appearances for Liverpool since featuring in a 0-0 draw against Everton in March 2019.

Saint-Maximin: This lad terrorised Southampton. The Saints simply couldn’t cope with his pace. While Saint-Maximin was carving his way through the Southampton defence, Dwight Gayle was missing chances set up by the Frenchman with alarming regularity. In the end Saint-Maximin decided to do it all himself and created his own chance… and converted it – aided by Southampton’s Yann Valery. Why the defender needed two touches and more time to clear the danger than it takes VAR to check an offside I don’t know. But it cost his team the match.

Did you know? All three of Saint-Maximin’s goals for Newcastle in all competitions have come away from home, also netting at Sheffield United in the Premier League.

Fernandes: Manchester United had to grind this result out and at times it wasn’t pretty against a silky and often sophisticated Manchester City. Fred, who finally looks like a United player, and the rejuvenated Nemanja Matic are becoming a formidable double act in midfield but without Bruno Fernandes Ole Gunnar Solskjaer’s side are nothing. This player has the running power of Bryan Robson – demonstrated when he dashed half the length of the pitch and put himself in an ideal position only to be ignored by Daniel James – and the touch of former Netherlands maestro Arnold Muhren. His chip for Martial to score from the set piece was so precise and beautifully flighted I could have scored it myself. I think United have bought a gem.

Did you know? Since making his debut in the competition on 1 February, Fernandes has been directly involved in more goals in the Premier League than any other player (five – two goals and three assists).

Mount: This was a disappointing performance from Everton and a sure indication to Carlo Ancelotti of the players capable of taking the club to the next level. One player who is destined for the highest level is Mason Mount. This Chelsea starlet has been groomed for the top by Frank Lampard and his performance against a poor Everton was emphatic. He made his intentions clear in the opening exchanges of the match when he forced a first-class save from Jordan Pickford. However his second effort minutes later was unstoppable. There is a lot of hype surrounding the performance of young Billy Gilmour, who is extremely promising, but Mount is turning promise into goals and victories.

Did you know? Mount (21 years and 58 days) is the second-youngest player to have scored five goals or more in the Premier League this season, behind Manchester United’s Mason Greenwood (18 years 159 days).

Ayew: He scored against Brighton last week and again against Watford. It’s a good job Jordan Ayew has netted eight times for Crystal Palace this season because without his goals the Eagles wouldn’t have landed 39 points with nine games to spare, and instead crashed and burned. I accept Christian Benteke is coming into some form (which is good to see) and Wilfried Zaha continues to give defences palpitations, which all helps, but neither Benteke or Zaha can finish. And if I see Zaha trying to do the twist in order to use his right foot to score a goal I will scream. Swing the left!

Did you know? Ayew has now scored nine Premier League goals for Crystal Palace, more than he did at either Aston Villa (seven) or Swansea (eight).

Martial: The control was superb but the shot was weak and lacked direction – but you saw his early intention and his desire. Anthony Martial looked ‘in the mood’ from the moment the game started. He later had a better chance to feed Fernandes, but such was his eagerness to get on the scoresheet in a Manchester derby he totally ignored his team-mate. Finally his efforts were rewarded by an impressive set-piece that was clearly manufactured on the training ground and appeared to catch Ederson by surprise. It looks like Martial is starting to believe he is part of United’s future and not part of the past.

Did you know? Martial is the first Manchester United player to score home and away against Manchester City in the same Premier League campaign since Cristiano Ronaldo in 2006-07.

Mane: He pounced on Jack Simpson’s poor touch and set up Mohamed Salah to score before executing the most glorious finish himself to end what was a lucky escape for Liverpool. Sadio Mane looks as sharp as a razor, which is just as well because without him Liverpool lacked cutting edge. The African Player of the Year looks lean and mean and the one player who could carry the Merseyside club through these next few title-securing games that are clearly weighing heavily on their minds.

Did you know? Mane has had a hand in six goals in his last four Premier League starts against Bournemouth (four goals, two assists).

You’ve seen my selections this week. But who would you go for?

The Crooks of the Matter

I was at White Hart Lane to see Norwich, together with their 9,000 following, knock Spurs out of the FA Cup.

The fifth-round tie was full of spills and thrills but the talking point wasn’t about the match but about Tottenham defender Eric Dier jumping over the advertising hoardings, climbing over a considerable number of seats and engaging in what can only be described as a confrontation with a group of ‘home supporters’.

On a night when you thought it couldn’t get any worse for Tottenham, their England defender had to be restrained from clashing with a group of his own fans.

I was at Selhurst Park when Eric Cantona flew into a crowd of supporters and kung-fu kicked a Crystal Palace fan. The incident caused outrage and saw the Manchester United and France forward banned for nine matches. But even that wasn’t an attack on his ‘own’ supporter.

After the match Jose Mourinho tried in a desperate but futile attempt to defend his player. What he should have said was this is now a matter for the FA and it will determine what happens now.

The reason Dier felt so outraged and took it upon himself to get involved with supporters is, in my view, irrelevant. There are no circumstances in which a professional player should ever involve himself in such matters.

However I did warn you in a previous article that something like this was on the cards. Abuse at football matches is out of control.

I can’t claim to know Dier although I have interviewed him on a number of occasions and he’s a decent lad. I also know his uncle Andrew and knew his grandfather, the late Ted Croker, who was the former secretary of the FA and a stickler when it came to standards of behaviour.

I can assure Eric that if his grandfather was alive his rebuke would have been far worse than anything the FA could offer. However we all make mistakes. I would like to see him apologise to the fans he confronted and also to all Tottenham supporters for the his team’s lamentable performance on the night. Then hold his breath while the FA decides what to do with him.