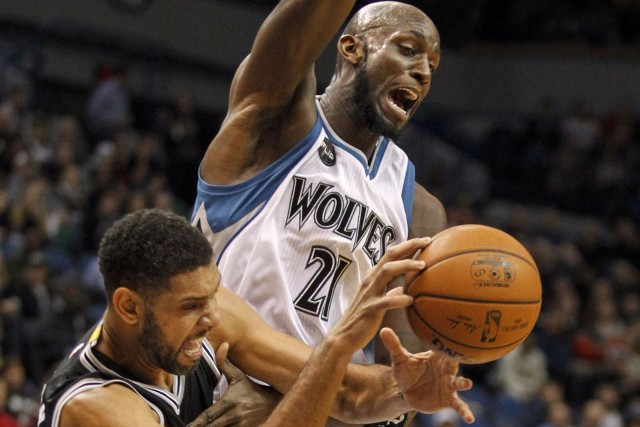 Kevin Garnett and Tim Duncan have essentially spent a generation playing against each other, defining in their own way what an NBA power forward can be. The Timberwolves’ game with San Antonio on Wednesday was the first between the two teams this season. And it could be among the last times Garnett and Duncan face off.  “Tim’s always been a fierce competitor,” Garnett said. “I’ve always respected his body of work. His accomplishments. Not just that, but the Spurs organization.’’ Both Garnett and Duncan are 39. Their career stats are strikingly similar. “Epic, epic,” Garnett said of his career-long competition with Duncan. “He’s very fundamentally sound, has been for a long time. He’s very consistent.’’  Entering Wednesday, Garnett had 26,023 points, 11,422 defensive rebounds and 14,628 total rebounds. Duncan’s numbers were 26,211, 11,060 and 14,853…..Read More