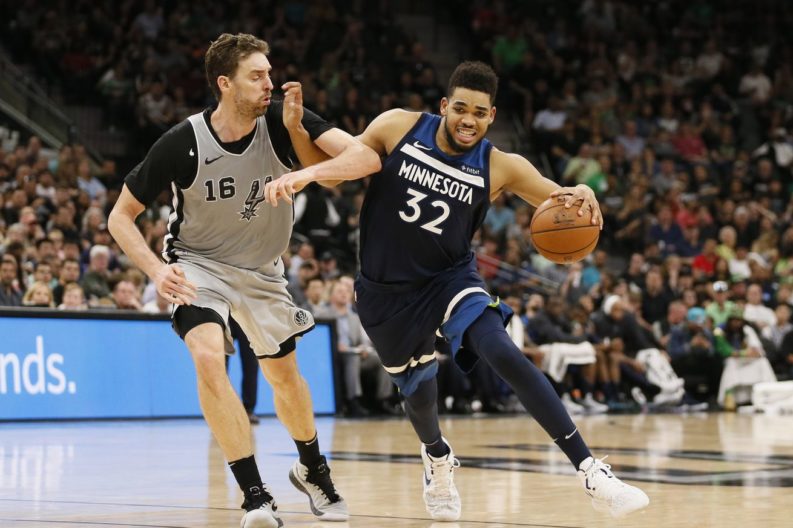 The season-opener is upon us.

It’s finally here, the regular season! Your San Antonio Spurs, with several key players missing due to injury, face the Minnesota Timberwolves, who are having their own issues with a disgruntled superstar. The game is in AT&T Center starting at 7:30. Is it time for Brynsanity? Probably not, but the Spurs are favored by a couple of points tonight. This will be the first official game in a Silver and Black jersey for Jakob Poeltl and DeMar DeRozan. Rudy Gay is scheduled to play, despite sitting out the final preseason game with an injured heel.