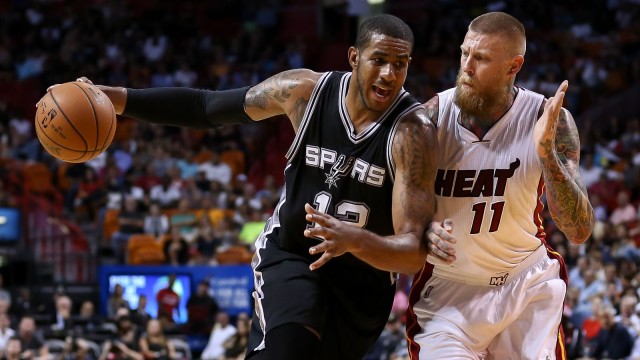 A game against the Miami Heat doesn’t mean what it used to for the San Antonio Spurs. It’s not quite the “Finals Preview” that it was before LeBron took his talents away from South Beach, but the Heat haven’t exactly collapsed in Mr. James’ absence.

Miami currently holds the fourth seed in the East, and they sit atop the Southeast Division, just percentage points ahead of the Atlanta Hawks. Although they’ve been playing win-one-lose-one, and win-four-lose-four for the past month, the Heat are 6 games over .500 on the season even though their point differential is an underwhelming 0.0.

Dwayne Wade has been both durable and productive this season, playing in all but three games so far and averaging almost 19-5-4. Chris Bosh is their best player, bringing 19 and 7 every night along with his versatile defense. Goran Dragic isn’t scoring like he has been for the past three seasons, he’s taking fewer shots and making a lower…..Read More