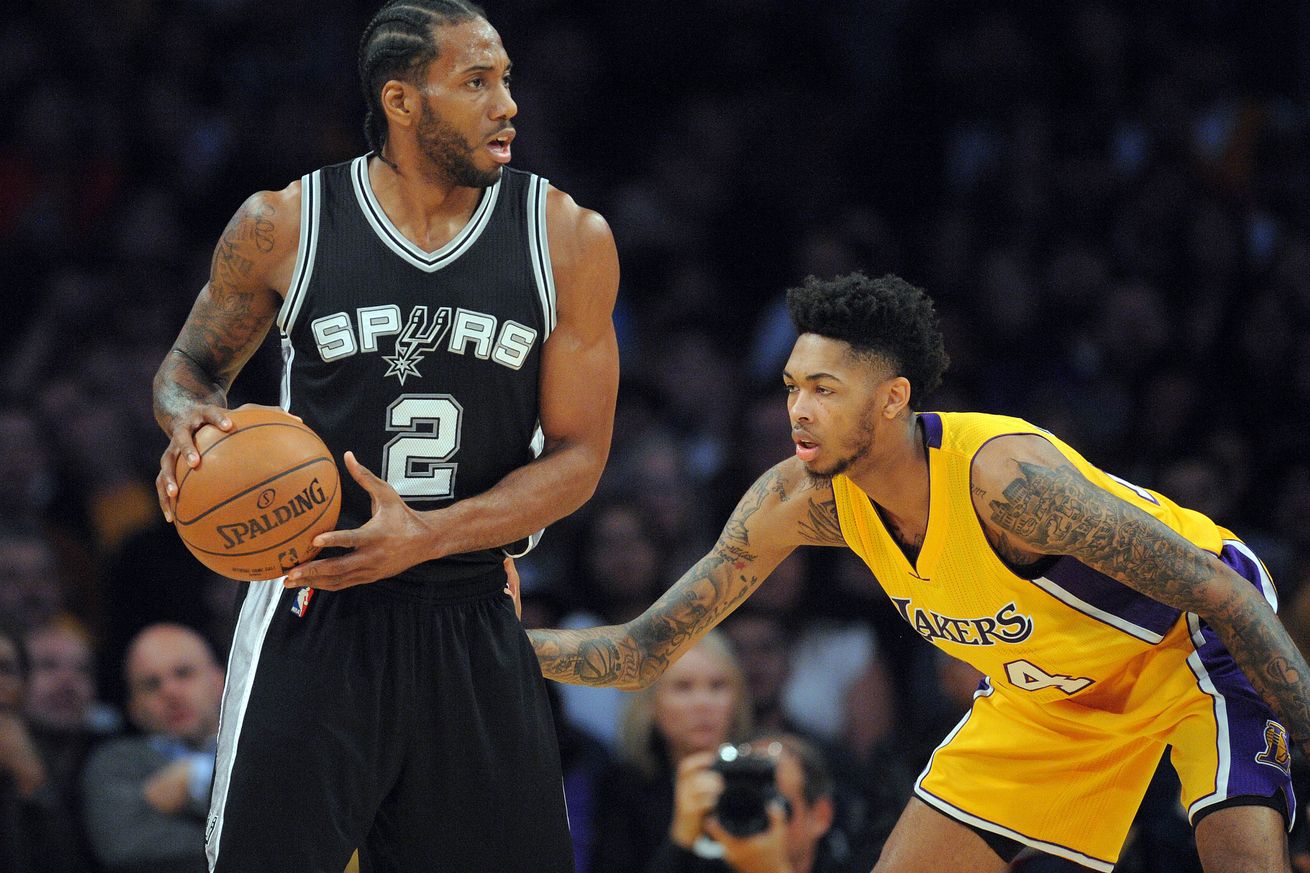 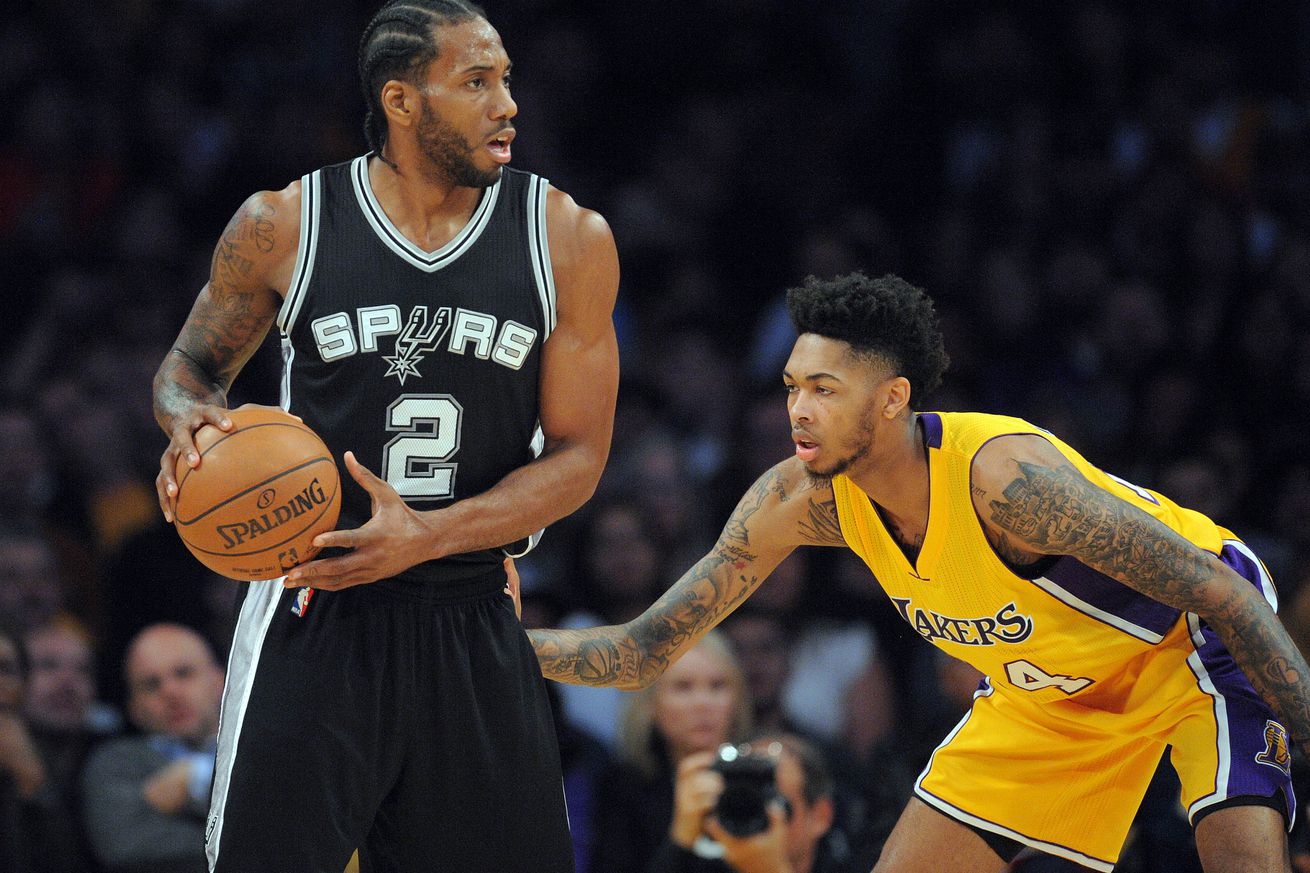 The Spurs can sweep the Lakers in the regular season with a win tonight.

Remember when the Los Angeles Lakers were 10-10 through one-fourth of the season, rejuvenated by Luke Walton and loved playing basketball again?

Those were simpler times.

Since then, the Lakers have been the worst team in basketball by every conceivable statistical metric. Teams are outscoring Los Angeles by 9.3 points per 100 possessions since December 1, the worst-mark in the league, due in large part to the Lakers giving up 112.6 points per 100 possessions, just a shade better than the Nuggets’ 30th-ranked defense. The eye test, too, reaffirms these metrics.

Now the Lakers are 22-55, losers of 45 of its last 57 games (worst in the NBA), embroiled in an epic tank battle against the Phoenix Suns (22-56) for more ping-pong balls in this year’s draft lottery.

Typical machinations of basketball — playing well and trying to win — do not matter anymore. The best long-term solvent for the Lakers is to lose a lot of basketball games, considering a top-three protected pick (and possible franchise game-changers Markelle Fultz or Lonzo Ball) is at stake. For a franchise desperately looking to procure a franchise player capable of carrying the torch, the Lakers are competing more against math than basketball teams at this point.

To their credit, they lose basketball games better than almost any other team in the league. Attribute part of this extended bout of losing to the fifth-youngest roster (average age: 25.1) in the league. Even that mark is inflated by Luol Deng (31) and Timofey Mozgov (30), whom the Lakers shut down for the final month. The top four players in the rotation — Jordan Clarkson, Brandon Ingram, Julius Randle and D’Angelo Russell — are all under 25 years old.

Clarkson is fine. Russell belongs in the league. Randle rebounded from his scary injury during his rookie season to become a capable starting power forward. And it’s far too early to accurately judge Ingram’s long-term efficacy in the league when he’s on a losing team and weighs less than 200 pounds.

None of these players figure to be a franchise cornerstone, although drawing a hard line in the sand and projecting a young players’ career trajectory is subject to a high margin of error (see: Leonard, Kawhi). Maybe Russell or Ingram or Randle make the next leap. It’s certainly within the realm of possibility.

As is stands, though, the Lakers do not have a young player to build a franchise around. Until that day comes — if it comes — Los Angeles will remain an irrelevant team as far as the postseason is concerned.

Take another look at the injury report. Deng, Mozgov and Young are not playing the final 10 games of the season in a blatant attempt to tank to give its younger players more playing time down the stretch. Los Angeles could be without as many as six players for Wednesday’s night showdown against the Spurs.

Meanwhile, San Antonio is basically a lock for the second seed in the Western Conference. There is little upward or downward mobility for either team in this game, which means tonight’s game is totally obsolete in the standings.

This is no fun. Count me as one of the proponents for a shorter regular season, because I want the best NBA product possible for the entire duration of the season. (The last five words of the last sentence are most important.)

The current antiquated system, featuring a 82-game regular season, does not incentivize winning in April for a large chunk of the league. We don’t need 82 games to determine the 16 teams worthy of making the playoffs either; a 60-ish game slate is more than enough. Less games means less wear-and-tear for the best players in the game — the lifeblood of the league — and less meaningless games in the final two months. The playoff race might actually be fun, instead of a long drawn-out process people want to end so the real basketball can start.

Money is the only downside of a truncated schedule, impeding executives from making the optimal choice for the league, players and its fans.

For the Lakers fan’s perspective, visit Silver Screen and Roll.