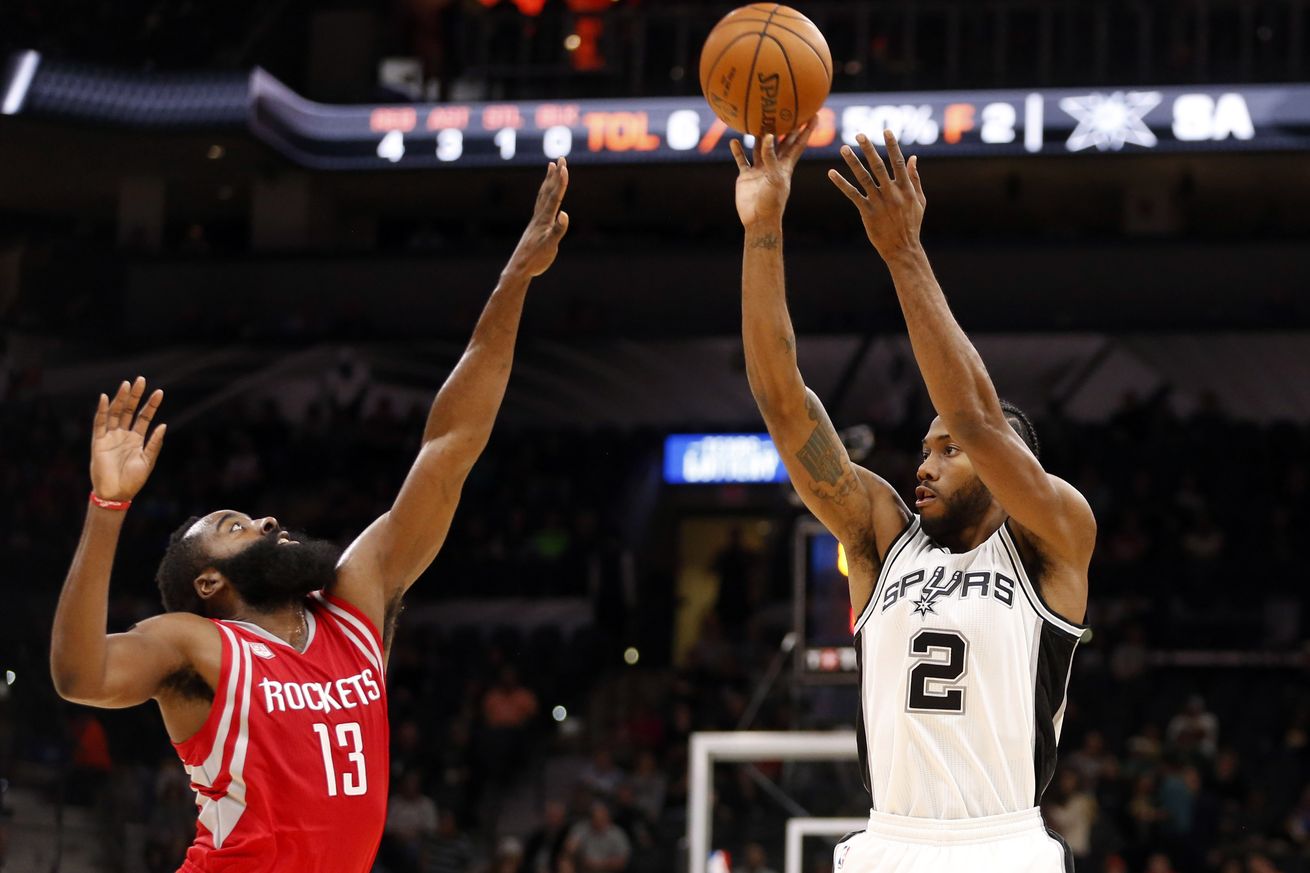 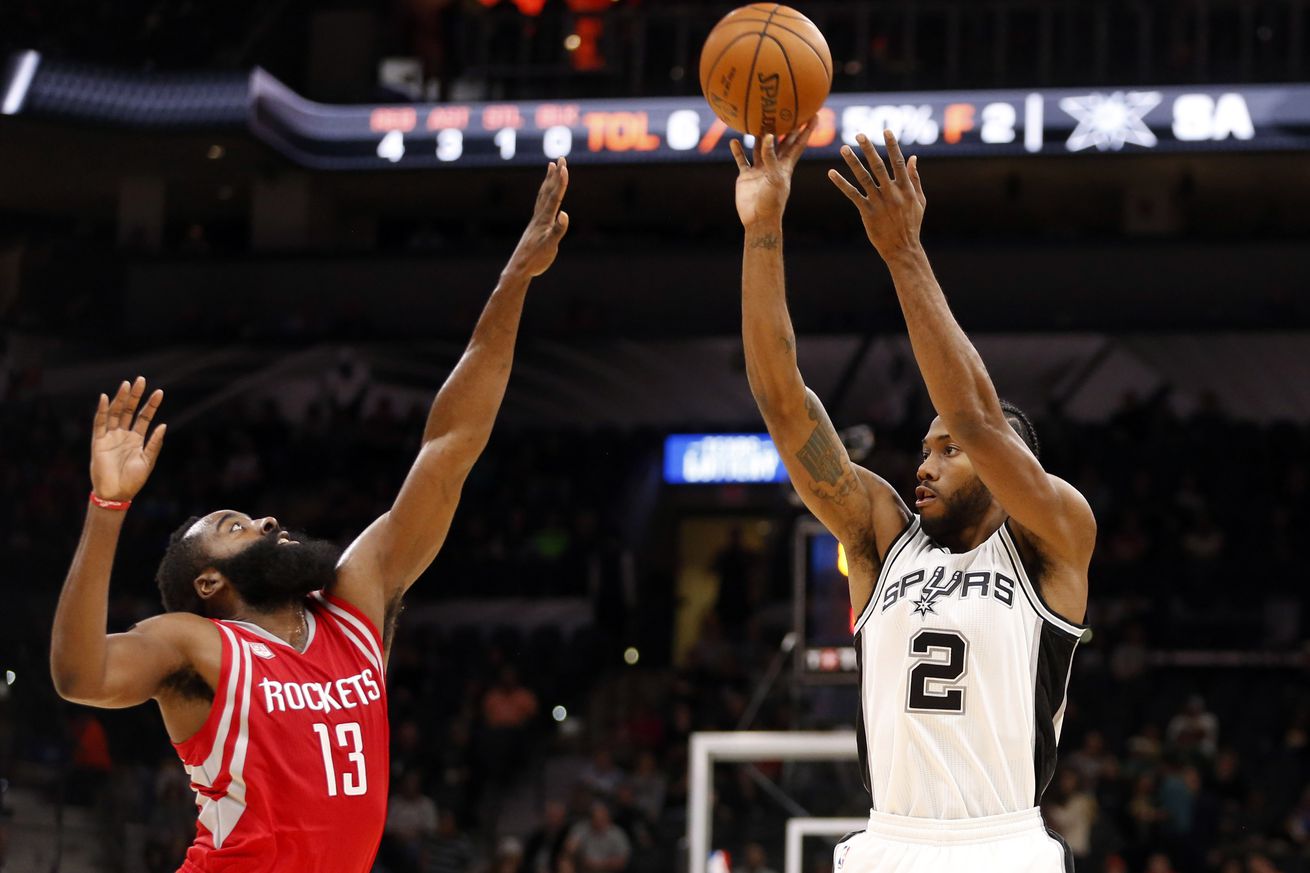 The Spurs and Rockets tee off for the last time in the regular season, with San Antonio seeking its eighth consecutive win.

San Antonio’s last three wins have been close ones (100-99 over Indiana and two OT victories over New Orleans and Minnesota), but if you were hoping for this recent string of nail-biters to end tonight, you might be out of luck. The Spurs and the visiting Rockets have played each other three times this year, and all the games decided by six points or less.

Tonight marks the last regular season meeting between two of the West’s top three teams, and it’s likely to involve a bit more MVP talk than any before it. James Harden has been in the conversation all season long, but it’s Kawhi Leonard’s play in the new calendar year that has made what was once a two-horse race into something a lot more interesting. The Klaw is averaging nearly 30 points a game since January 10th, adding to a two-way resume that no other player can match. For people who have been making his case for a while now, that’s pretty exciting.

The Rockets picked up the former Laker at the trade deadline, adding some extra pop to a bench that was needing another creator. He’s got obvious defensive limitations, but Williams gives Houston another guy who can bomb from three-point range and drop 30 on any given night.

A potential playoff preview (that’s been a long time coming)

The Spurs are just two losses behind the Warriors for the number-one seed, but it would still seem like the most likely scenario would be San Antonio finishing second and Houston third. If both teams advance, it would be the first time the two franchises met since 1995. What’s even crazier? The Spurs have faced every other Western Conference team since then except the Rockets.

That’s the Rockets’ three-point shooting percentage in three games against the Spurs this year. They shoot 36.3% as a team. The Spurs are one of the best in the league at defending the three-point line, allowing a 34% clip, but it does feel like Houston is due for some regression to the mean. Now, I thought that would happen in last meeting and it didn’t, so we’ll see.