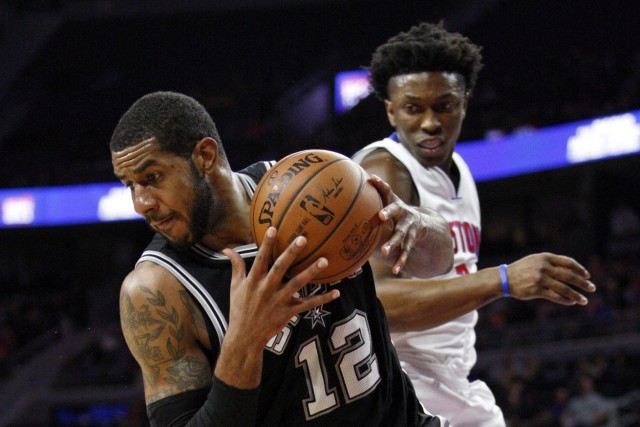 Pistons head coach, GM and OG Stan Van Gundy didn’t while away the weeks leading up to the trade deadline. Much like a Metapod or Francis Dolarhyde, Van Gundy’s roster continues to evolve. MUST READS Boban Marjanovic has a posseJ.R. WilcoHe’s not simply recreating what made his Orlando Magic squad successful, either — beyond having strong shooters to place around big man Andre Drummond, he’s also sought out positional versatility on both ends of the floor.Van Gundy looked to make two big moves last month, although one — involving a first-round pick for Houston’s Marcus Thornton and Donatas Motiejunas — was rescinded after Motiejunas failed a health evaluation.The trade that did go through saw Magic forward Tobias Harris head to Detroit, which sent starting forward Ersan Ilyasova and former starting point guard Brandon Jennings to Orlando. For Harris, the trade seems to place him in a better-defined role on a team with a more concrete timeframe. The Pistons are a good team with designs to be very good and then, hopefully, great. Harris presents a talent upgrade in the short run, and he could be a more logical fit at the starting power forward spot in the long run……Read More