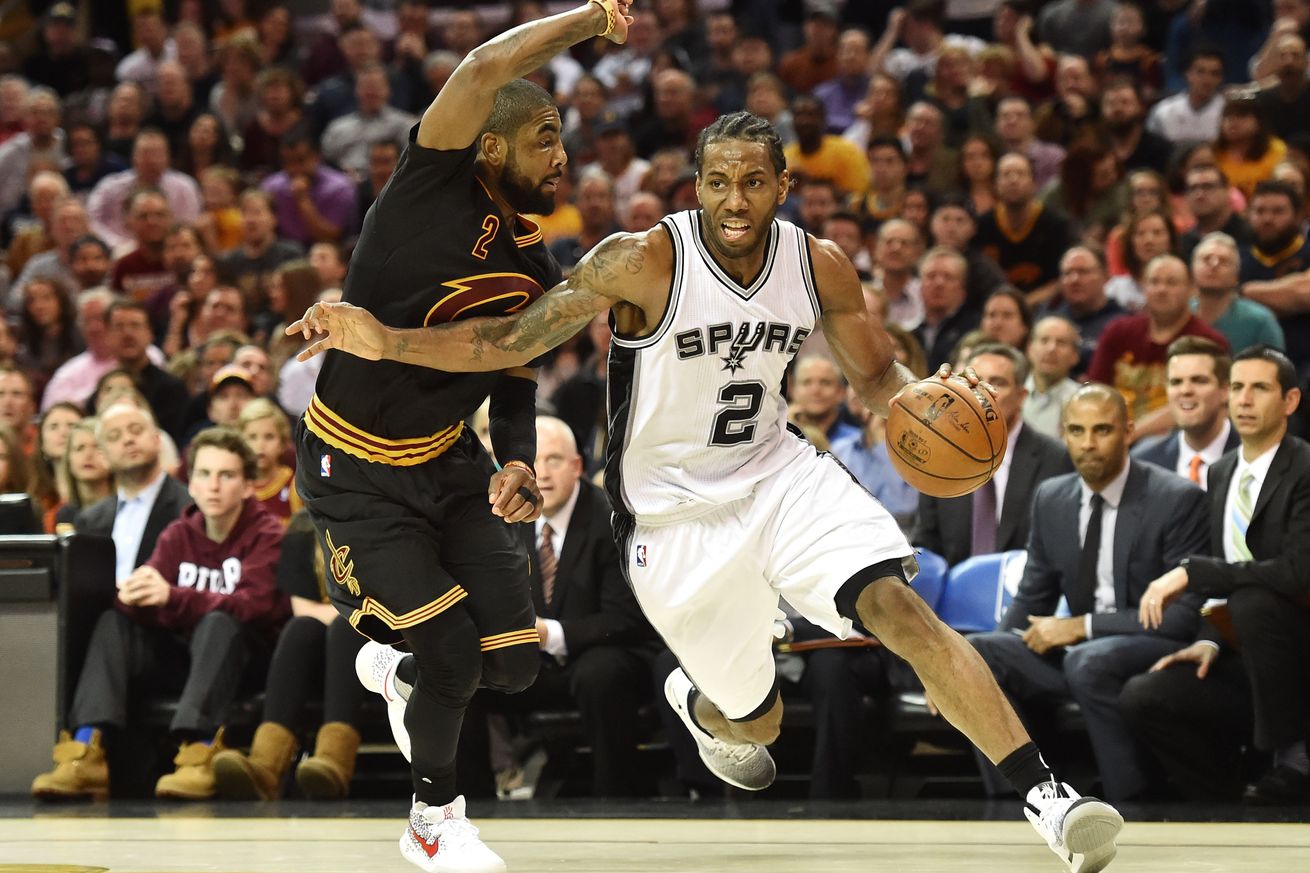 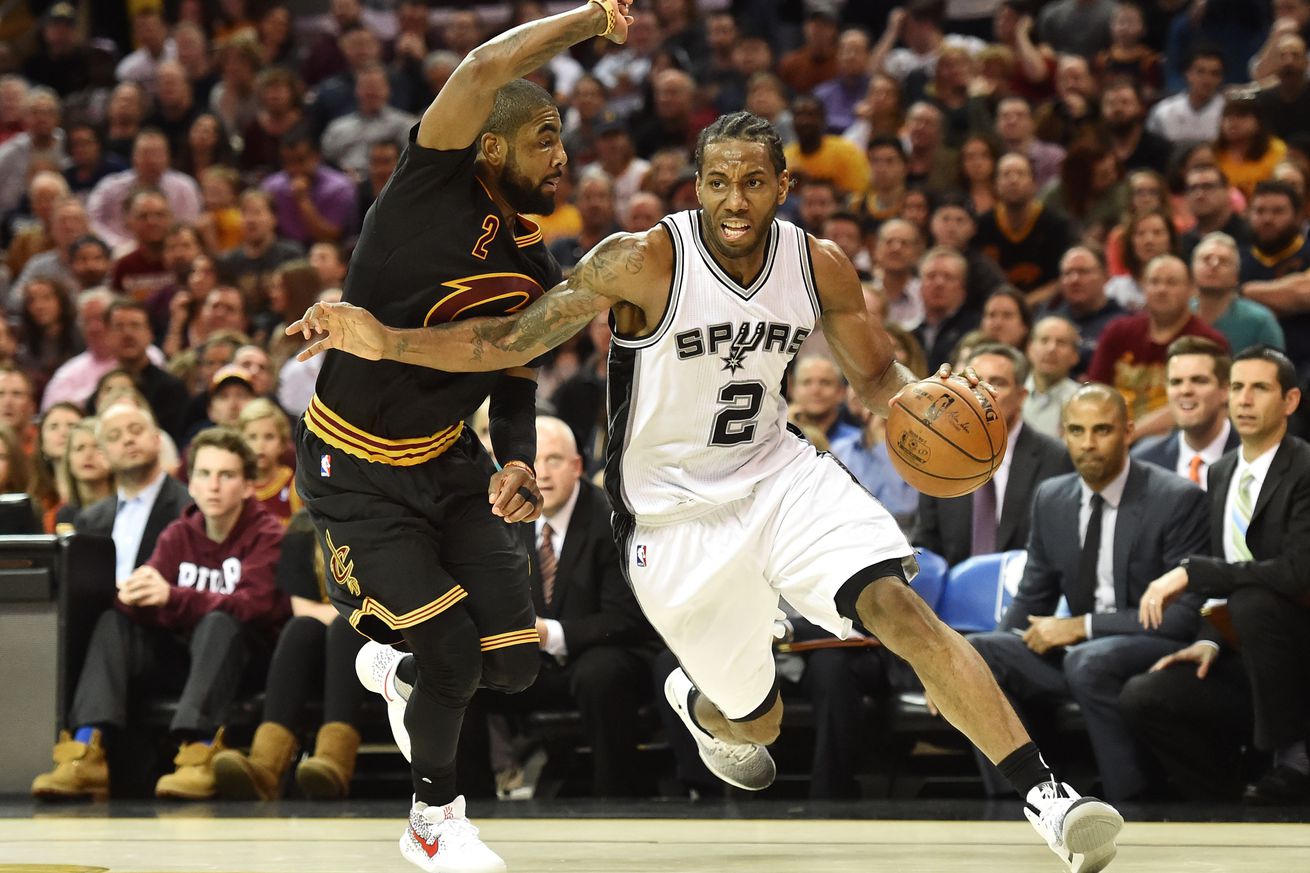 The Spurs can complete the regular-season sweep against the defending champions with a win.

Claiming the No. 1 seed will take at least three victories (and probably more) in this week long stretch. We’ll learn quite a bit about the mettle of the team, and the purported importance of playing for the top seed depends on Gregg Popovich’s inclination to rest players in certain situations. There are no back-to-backs in the Week of Hell but it’s a regular season gauntlet in terms of top-level competition (average winning percentage: .639). With two games separating the Spurs and Warriors, it’s certainly within the realm of possibility that Popovich manufactures extra days for his top rotation players to rest.

But we are getting ahead of ourselves here. The first test is the defending champions, a team losing its grip on the top seed in the Eastern Conference. Boston is just 0.5 games back and the Cavaliers lackadaisical defense is in the bottom third of defensive efficiency (22nd). The 27-46 Orlando Magic are sporting a better defense than Cleveland at this point in the season. When LeBron hits the bench, Cleveland’s defense sags even further.

And, still, Cleveland has the fourth best record in the league on the back of its third-ranked offensive unit. Three-man lineups featuring LeBron, Kyrie Irving and Kevin Love are scoring a Warriors-esque 115.5 points per 100 possessions, amounting to a healthy +7.7 net rating.

LeBron is in the midst of another MVP-caliber season, averaging 26.1 points, 8.8 assists and 8.4 rebounds per game. He might finish this season as the only forward in the history of the game to average nine assists a game. Irving is putting up career bests in points per 36 minutes (26.2), field goal percentage (47.3) and Player Efficiency Rating (23.3). Love is averaging a double-double for the first time since his Timberwolves days. Tristan Thomspon vacuums offensive rebounds, creating invaluable second opportunities for his All-Star teammates. The starting lineup is not the problem.

The bench, rather, is filled with name brand contributors at the tail end of their careers. Richard Jefferson is 36; Kyle Korver is 35; Channing Frye is 33; Deron Williams is 32. These guys can still play at a high enough level offensively to warrant minutes, but maintaining any defensive integrity is difficult when the cupboard is stocked with geriatric defenders. Working DeAndre Liggins (28 years old), Jordan McRae (25) and Kay Felder (21) didn’t yield positive results, so the Cavaliers moved in another direction.

What this means, specifically, is that LeBron has veterans he can trust when he needs to sit. (Yes, even superhumans like LeBron need to rest sometimes.) It comes with a real cost, though; Cleveland is one of the worst defensive teams contending for a title, a mark of futility only the 2000-01 Lakers (21st in defense) can sniff.

Perhaps the Cavaliers are just coasting during the regular season, content to take time off on the defensive end to save their body for the postseason. Besides, there is no incentive in over-exertion when any team with LeBron James is already well-positioned to win a championship. This is by and large the same team that clamped down on the 73-win Warriors in last year’s Finals, upping the defensive intensity and limiting the best offense in the league to just 104.3 points per 100 possessions for the series, far below its regular season mark of 112.2.

Or perhaps the Cavaliers defense has depreciated significantly, the wear-and-tear of two consecutive runs to the Finals wilting its defensive fiber.

Since the 2014 Finals, when Kawhi Leonard first stamped his claim to NBA superstardom, he has squared off against LeBron nine times.

Here are their head-to-head numbers in these matchups (includes 2014 Finals):

Kawhi is fresh off a career-high 41 points in a 118-115 overtime victory against the Cavaliers in late January. LeBron threw up 29 points in a losing effort.

Tonight should be fun.

For the Cavaliers fan’s perspective, visit Fear The Sword.