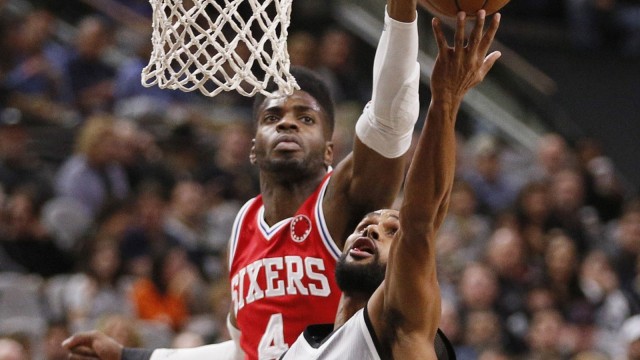 So the Spurs survived the Celtics at home to improve to 17-4 and now go visit their old friend Brett Brown in Philly. The thing is, the 76ers are bad. Historically bad. They currently sit at 1-20. At a certain point you just have to feel bad for Philly fans. Things are so bad that the fans are keeping track of picks the team own from other teams and the  likelihood that they’ll get to keep the picks and what might happen. It’s probably more interesting than watching a 1-20 team. I don’t really blame them. Philly is so young and so bad it’s hard not to look at the future as the only place to spend some emotional capital. This is just another team to watch and remember how lucky we as Spurs fans are.Speaking of the Spurs, they’re still rolling along with stellar D and passable offense. Pop did some interesting things with the lineups against Boston Saturday night. Read Erler’s recap for some points on that. The thing that most intrigued me was the fact that Pop appears to be trying to get Kyle Anderson some burn with the starters……..Read More