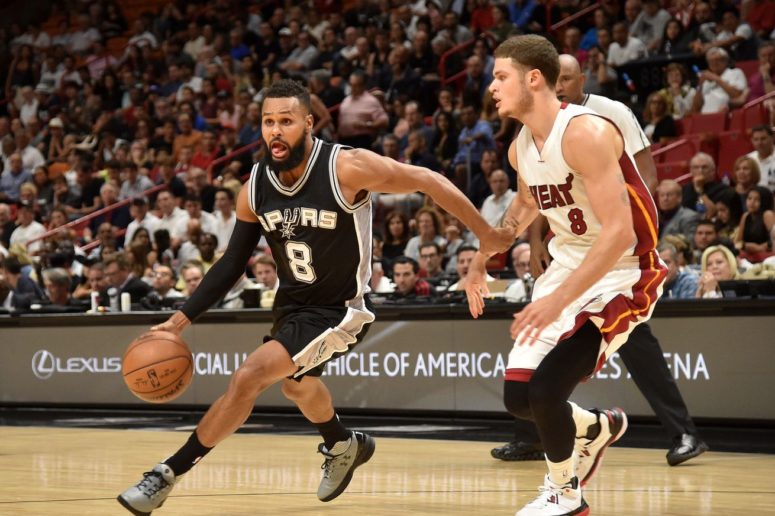 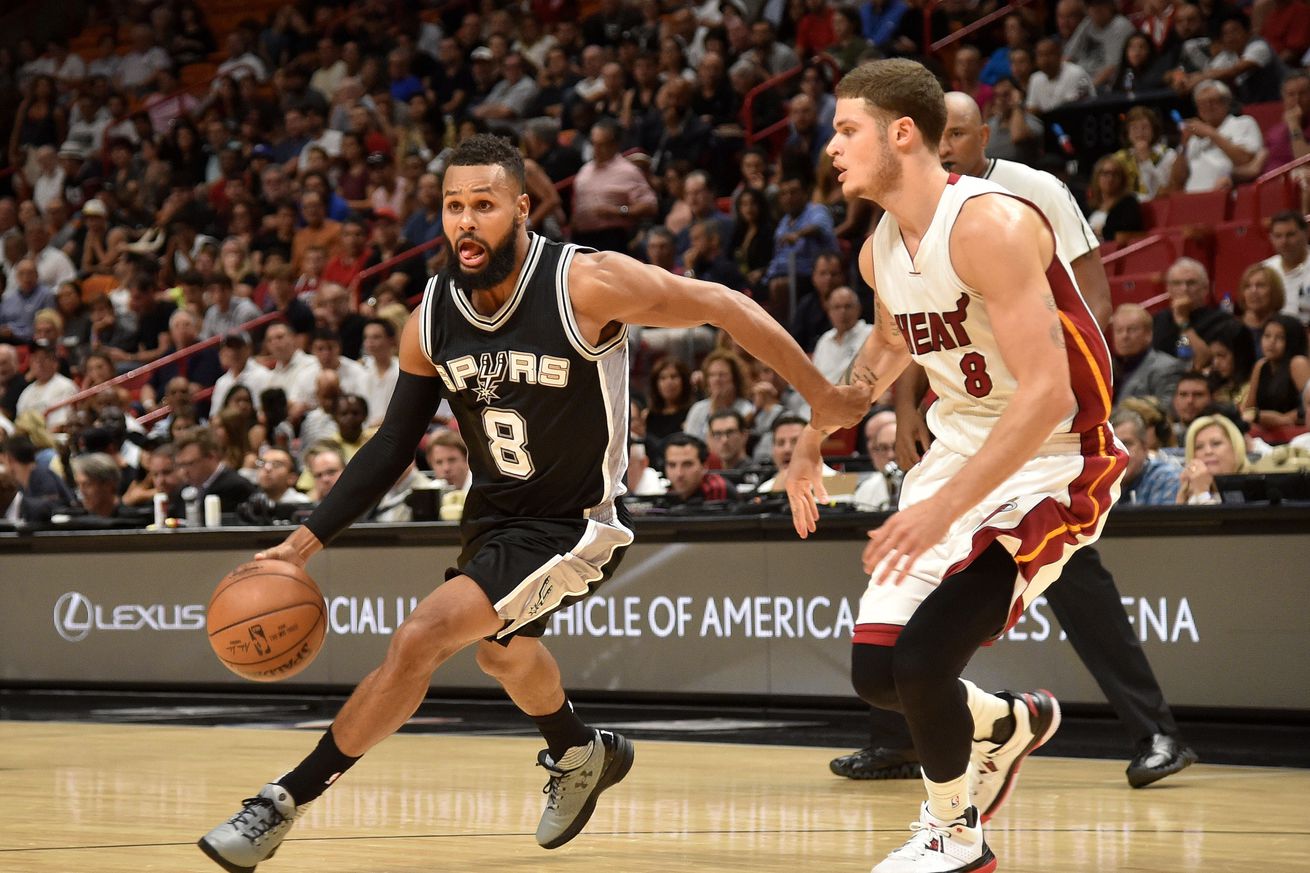 The Spurs kick off a four-game road trip in South Beach.

Following Monday night’s win over the Raptors, the Spurs enter AAArena sporting a 3-0 record against a 2-1 Heat team. For San Antonio, it’s the first of a four-game road trip that also takes them to Orlando, Indiana and Boston. They’ll once again be without Kawhi Leonard, while the Heat have officially ruled out star center Hassan Whiteside.

Miami’s coming off a Monday night win over Atlanta and is getting strong contributions from a number of guys with Whiteside out, including guard Goran Dragic (20 ppg), guard Dion Waiters (14 ppg), guard Josh Richardson (14 ppg) and newly acquired center Kelly Olynyk (11 ppg/8 rpg). Many predict Richardson, the 40th pick in the 2015 NBA draft out of Tennessee, to be Miami’s next breakout star. The guard signed a four-year, $42 million contract extension in September.

The Heat’s off-season moves, which also included re-signing Waiters and James Johnson and picking up former Celtic Olnyk, showed they’re ready to build on the successes of the second half of last season. They overcame a 11-30 start to finish even at 41-41, missing the Eastern Conference playoffs (for the second straight year) losing a tie-breaker to the Bulls. With most of the roster intact, fans expect the team to trend towards the 30-11 finish.

Before their home opener, the team surprised fans by announcing that Goran Dragic and James Johnson would join Udonis Haslem as co-captains. The only Heat players over the age of 30, they lead a relatively young and athletic group capable of playing a variety of positions.

LaMarcus Aldridge continues to lead the Leonard-less Spurs, averaging a near double/double with 24 ppg and 9.3 rpg. Danny Green, Dejounte Murray and newcomer Rudy Gay also average in the double-digits. In Monday night’s 101-97 win, Toronto converted twenty Spurs turnovers into only 14 points. This low conversion rate, coupled with San Antonio’s enormous 65 to 43 rebounding advantage, including 18 to 5 on the offensive end, is what made the victory. Against the Heat, the Spurs need to take better care of the ball and improve upon their current 26% shooting from downtown against a Heat team hitting 36% of their threes.

The Spurs have played three games — at home, at Chicago, and back at home — over the first six days of the new season. That changes with four road games scheduled between Wednesday and Monday night, including the first B2B. Miami has not defeated San Antonio in three seasons. And while Pop may not be counting, I’m pretty sure Pat Riley wants to keep as much space between him and Pop as possible. Don’t expect a high-scoring game. Hitting the kick outs will be key for both teams.