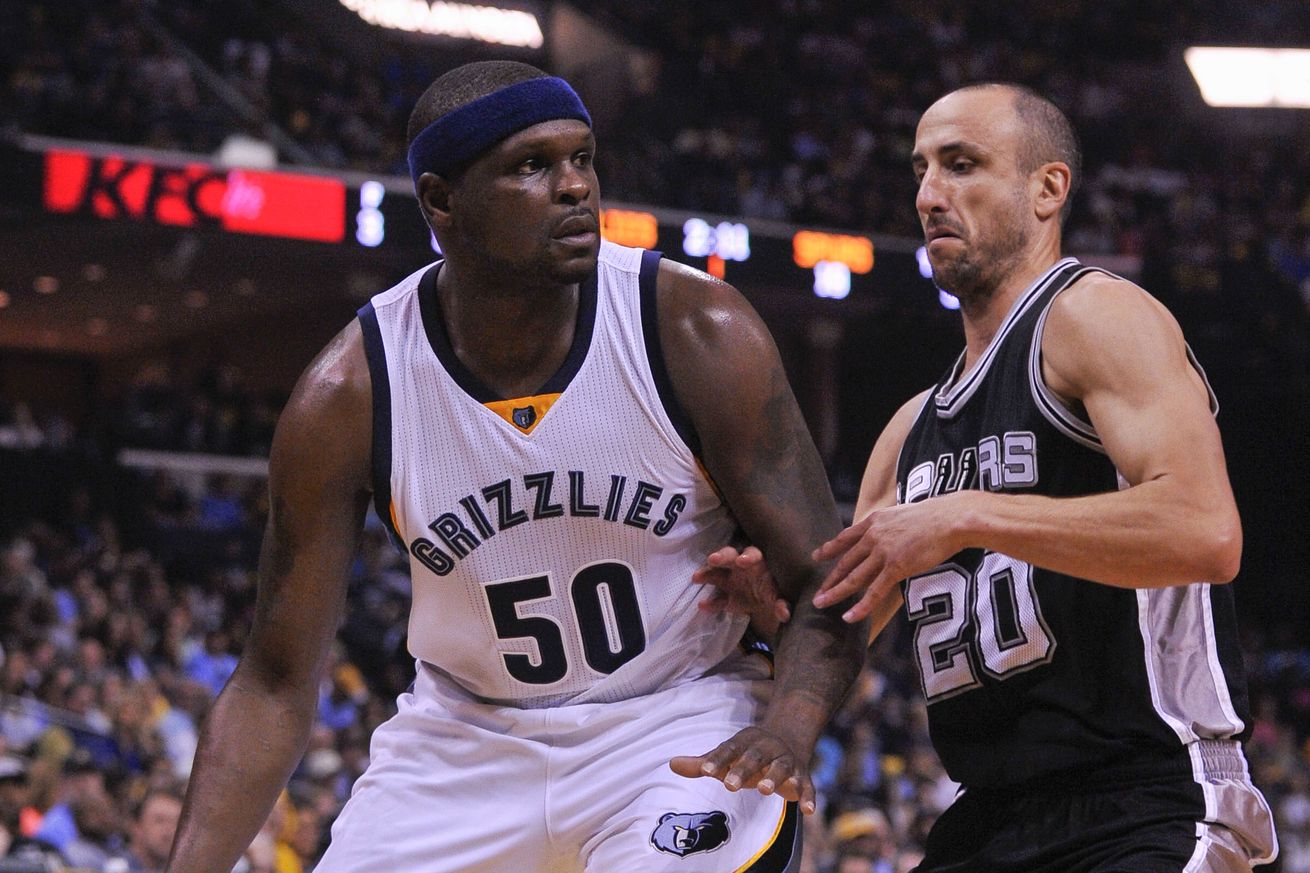 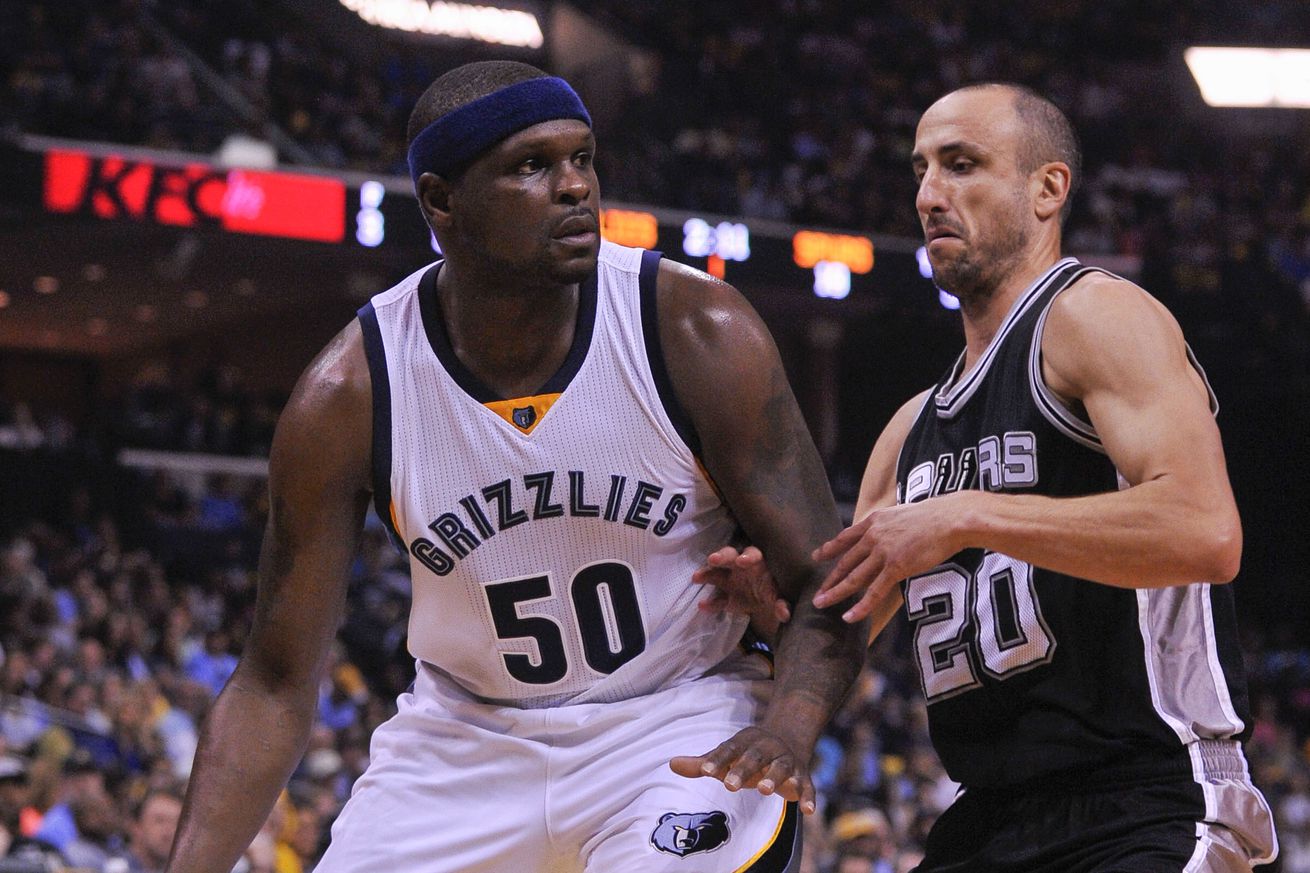 The Spurs kick off their annual Rodeo Road Trip in Memphis, the first of four remaining meetings with the resilient Grizzlies.

It’s a fact that the only thing in the wild more frightening than a grizzly bear is a zombie grizzly bear, the kind that rampages towards you, sallow-eyed, jowls flapping, limbs flailing defiantly at the natural world as it refuses to lie down. That’s Memphis, the other Western Conference team that won’t go away.

The Grizzlies’ experienced core is still doing its thing, albeit with a few tweaks. Zach Randolph has moved to the bench, but his numbers remain solid. Marc Gasol is having easily his best scoring season to date, averaging 21 points per game by extending his pick and pop game all the way to the three-point line. He’d never taken more than 17 threes in a season until 2016-17, where he’s already attempted 184.

Just as big a focus for San Antonio tonight will be Mike Conley, who’s having another great year running the show for Memphis. He was once again snubbed for the All-Star team, but at least he has that $150 million contract.

The Spurs have won the last five meetings against the Grizzlies, as well as 10 of the last 12 going back to 2013. They’re a fairly different team this year, but I still mostly like the way they match up tonight, provided Conley doesn’t go off.

That’s a tough four-game-in-six-night stretch heading into the All-Star break, but I’ll guess the Spurs still eke out a 6-2 record overall. Lay your bets below if you feel so inclined.

The one-time Spur and Austin Toro has carved out an important role for the Grizz, seizing the starting spot from Randolph and doing a little bit of everything as a mobile, floor-spacing power forward. Green had a career-high 29 in their win over the Wolves during the weekend. It’s always good to see guys who put in the work in the D-League find success at the next level.

Pau Gasol will stay behind in San Antonio for the trip, which means we won’t see him back on the floor until after the All-Star break. The good news for the Spurs is that Dewayne Dedmon has been solid stepping in a starter, and his length and mobility will be key in containing the Grizzlies’ big man.