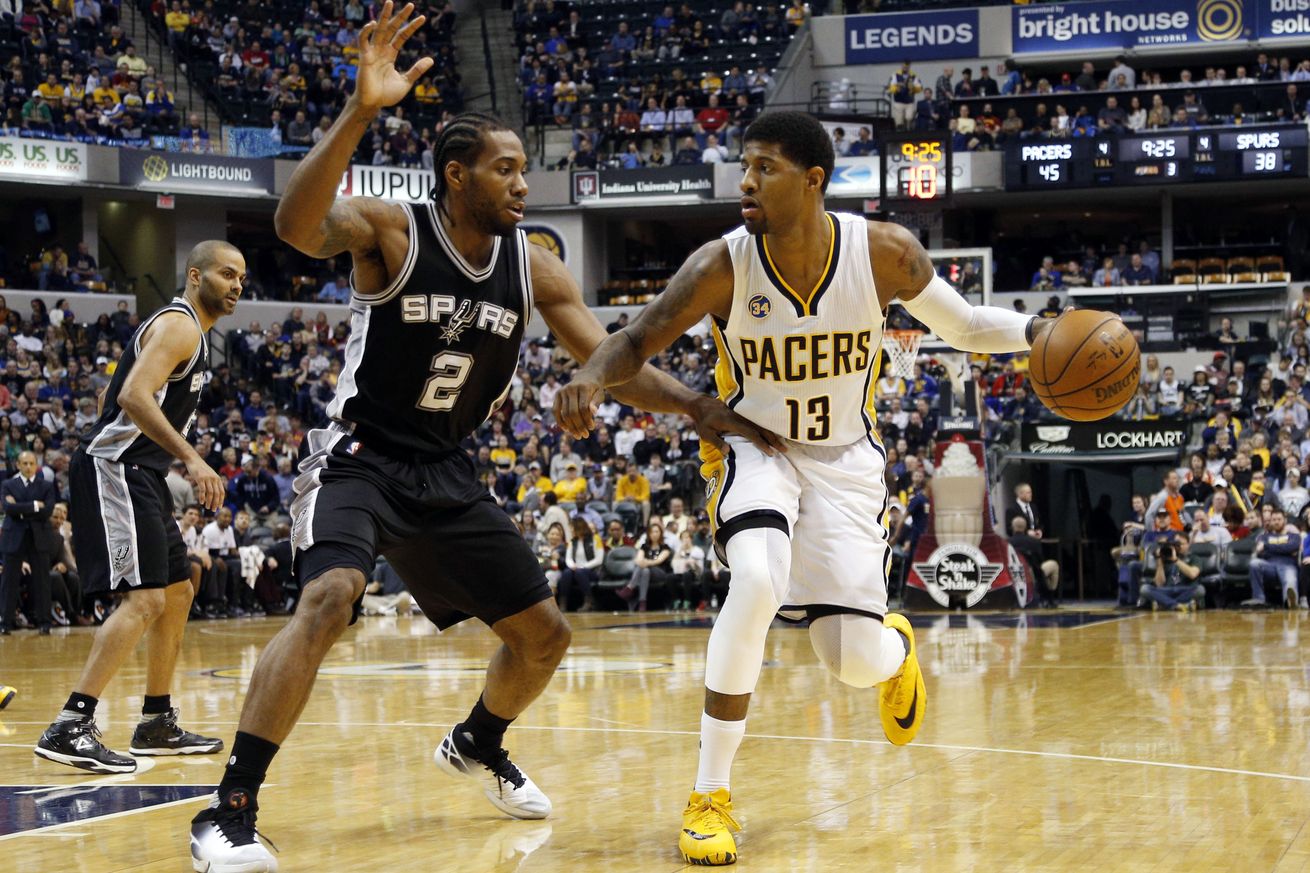 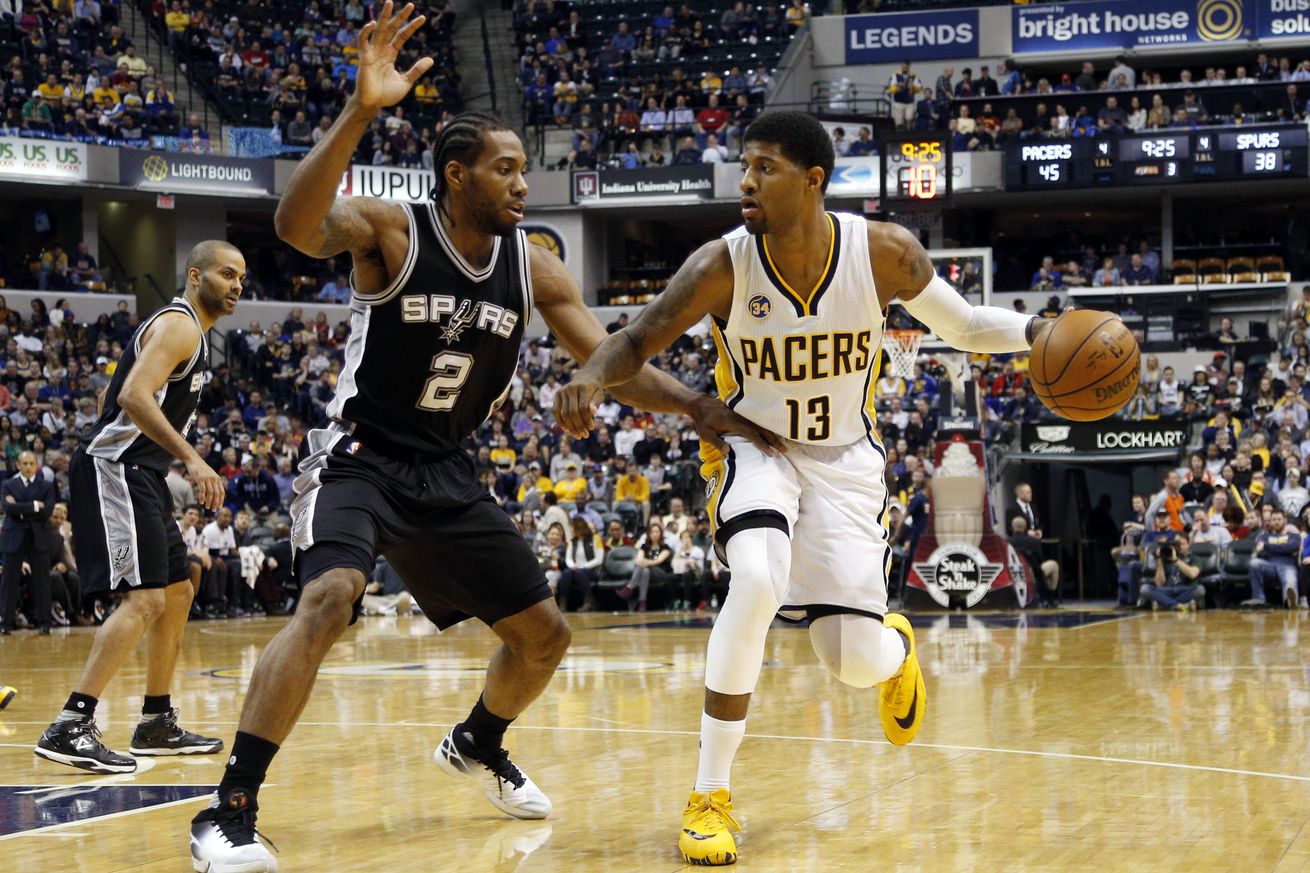 Following an embarrassing loss in New York Sunday afternoon, San Antonio travels to Indiana for a bounce back.

Since the turn of the new year, Indiana has been a revitalized basketball team. A 13-7 record in the past two months puts the Pacers in the sixth spot in the conference, just 3.5 games behind the third-seeded Wizards.

It’s good timing, too, because the season was almost getting out of hand. There was an embarrassing loss to Brooklyn in the second game of the season and a four-game losing streak in late December. Indiana idled on the outside of the playoff picture prior to January’s ascent, behind the New York Knicks. It wasn’t pretty.

There were some expectations – Vegas pegged Indiana for 43.5 wins before the season – heading into Nate McMillan’s first season with the Pacers, but the first two months erased any goodwill about this team.

Something changed for the better. Paul George reached MVP-caliber heights again. Jeff Teague, playing on a bargain-bin contract relative to his well-compensated peers, is averaging a career-best 8.2 assists per game. Myles Turner looks like he has a future in this league. The top eight players in McMillan’s rotation are averaging more than eight points per game. Monta Ellis is eighth in scoring, for what it’s worth.

Indiana has the pieces in place to win a playoff series in the Eastern Conference, as long as George continues playing like the two-way dynamo that once put him in the same rarefied air as LeBron James and Kevin Durant. Teague finding a healthy balance between scoring and distributing figures to matter come playoff time, too.

The results thus far are promising. Indiana, stuck in neutral for the first two months, is scoring 109.7 points per 100 possessions since January 1. That’s a better mark than Cleveland (109.5), Houston (109.4) and Toronto (108.9) in the same span. (It’s worth noting, however, that the Pacers offense comes to a grinding halt when George isn’t on the floor.)

Now this is the team we thought they’d be before the season – not the also-rans from October-December that was lapped by several teams in the conference hierarchy.

Back in 2014, when the Pacers earned the top seed in the conference and lost in six games to LeBron’s Heat, George was viewed as a burgeoning superstar. He finished ninth in MVP voting that year, averaging 21.7 points, 6.8 rebounds, 3.5 assists and 1.9 steals per game. In the age-old Kawhi vs. George debate, he was winning handily.

Two months later George suffered an injury that can be best described as terrifying. (Don’t click the link if you’re squeamish.) He missed 74 games the next season, effectively putting a halt on his superstar candidacy.

Meanwhile, Kawhi was making his ascent — slowly. He was the Spurs’ third-leading scorer for the 2013-14 season, behind Tony Parker and Tim Duncan. His first breakthrough wouldn’t occur until June, when he averaged 23.7 points per game in the last three games of the 2014 Finals to put away LeBron’s Heat. At 22 years old, Kawhi was a NBA champion and a Finals MVP. George was still rehabbing his knee. The pendulum had quickly swung in Leonard’s direction.

Since then, Kawhi has added two Defensive Player of the Year awards to his name, along with two All-Star berths. George hasn’t fallen off a cliff necessarily — his per-game averages this season (23-6-3) are in line with his 2014 numbers — but he’s been surpassed by his competitors in the national discourse.

In the last meeting between these teams, Kawhi led the Spurs with 24 points while reducing George to a puddle of mush (7 points on 1-of-14 shooting) on the other end of the floor. That put a damper on George’s case, while emboldening Kawhi’s standing among the elite players.

The next saga begins tonight, with Kawhi still holding a comfortable lead over his counterpart.