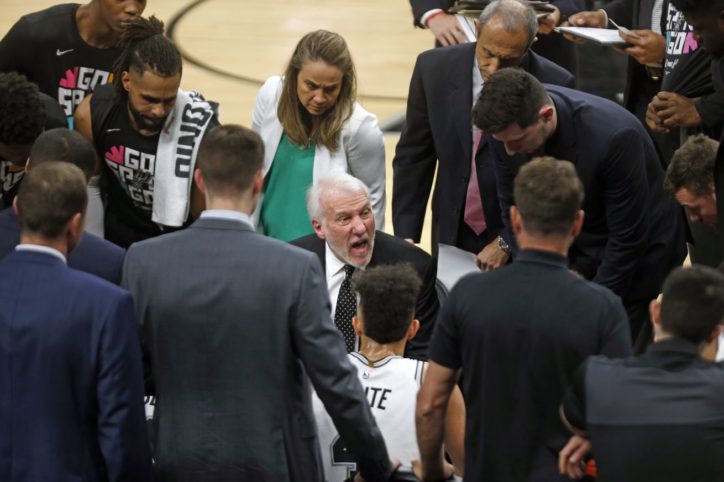 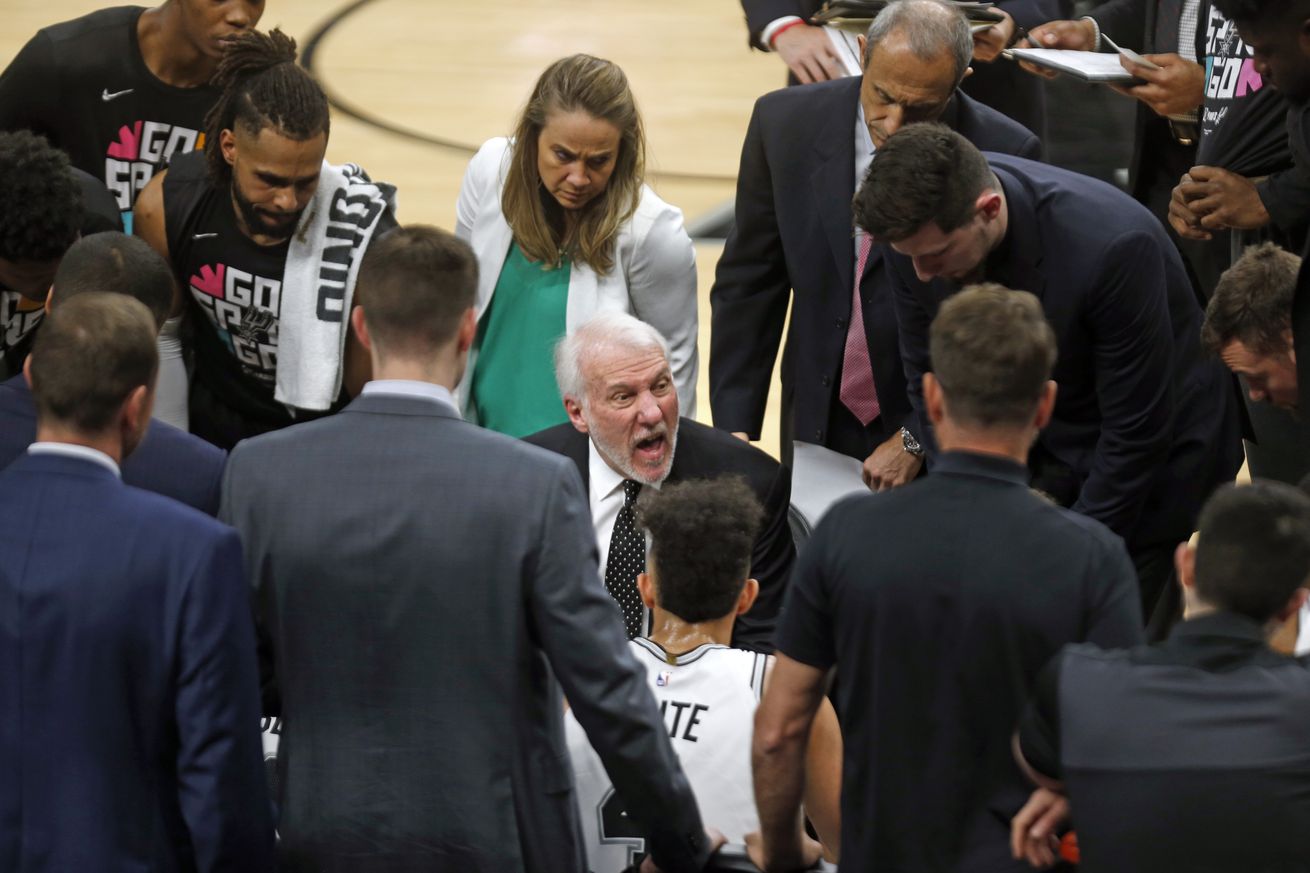 It’s do-or-die for the Spurs and Nuggets tonight as they match-up for the 7th and final game of their Western Conference First Round match-up.

Game 7. The words themselves bring to mind innumerable thoughts, a variety of emotions, and the question of who wants it more. It’s a game where legends are made and heroes are born. Recently deceased Boston Celtics forward John Havlicek, “stole the ball,” at the end of a Game 7, New York Knicks’ center Willis Reed limped out and hit his first two shots and is often credited with rallying New York to the 1970 NBA championship in a Game 7, Tim Duncan and Manu Ginobili came alive in the 4th quarter in Game 7 against the Detroit Pistons in the 2005 Finals to clinch the Spurs’ 3rd title in 7 years.

The flipside to all these wonderful and amazing highlights is the absolute heartbreak and failure on display for the losers. Knicks’ fans still aren’t over John Starks going 2-18 and 0-11 from 3 in their Game 7 loss of the 1994 NBA Finals against Hakeem Olajuwon and the Houston Rockets and no Spurs fan will ever forget Tim Duncan slapping the floor after missing a bunny at the end of Game 7 of the 2013 Finals against the Miami Heat.

Tonight, the Spurs will look to do something that has rarely happened. They are only the sixth 7-seed in NBA history to force a Game 7 against a 2-seed, but only 5 times in NBA history has a 7th seed beaten a 2nd seed in a first round match-up. Ironically, the Spurs are the last (and to this point, only) team to upset the 2nd seed since the first round was made a best-of-7 affair back in 2003, defeating the Dallas Mavericks’ 4-2 in 2010.

It will take all that they have and more for them to escape Denver with a win.

Rudy Gay was a big difference maker in Game 6. Can he repeat his performance in Game 7?

After a strong start to this series in the first half of Game 1, Rudy Gay was awfully quiet until Game 6. Gay, who is averaging 9.5 points per game on just 38% in this series, finally broke out with 19 points on 7/11 (including 3/3 from outside the arc) shooting to go along with 4 rebounds.

Gay, who has had a tough time with the physicality of Paul Millsap throughout the first round, got plenty of touches against smaller guards like Torrey Craig and Will Barton, who he has a distinct size and strength advantage over. His 19 points led a Spurs’ bench to a 36-13 advantage over Denver after they had, for the most part, been thoroughly outplayed for much of the series

That breakout game and Gay’s ability to repeat it could be the difference between the Spurs beating Denver at Mile High and going back home to San Antonio for the summer.

Make Jokic continue to score and cover up Denver’s guards

Nikola Jokic had a great game in Game 6, going off for 43 points, 12 rebounds, and 9 assists, taking 30 of Denver’s 96 shot attempts to get to that point total. This, however, may have been the purpose of a Spurs’ defense that, until that game, had taken to constantly sending double-teams at the Serbian center throughout the series. Up until Game 6, Jokic was averaging about 17 shot attempts per game, playing an all-around game that had helped Denver take a 3-2 lead.

The adjustment San Antonio made to their defense ended up being significant, as it allowed them to better cover up a Denver team that shot 29/64 at above 40% combined in Games 4 and 5. Denver shot just 24 3-pointers in Game 6 and connected on just 6 of them and of Jokic’s 9 assists, only 2 led to 3-pointers. San Antonio still doubled on occasion, but they focused on running Nuggets off the line or covering them up, perfectly content to let Jokic try and win the game for them with his scoring.

That adjustment on defense helped the Spurs to keep the Denver offense in check, even with a 72-36 deficit in paint scoring. Hopefully it can be repeated in Game 7.

Gregg Popovich is known for his calm resolve in the face of almost anything. He’s been known to talk about how basketball is just a game, each game just a game, but that is certainly not the case tonight. Everything is on the line in a Game 7. I read a lot of books on basketball history and the topic of high-pressure situations is one that frequently comes up. A common thread that runs through the subject stretching from Bill Russell to Lebron James discusses how the game slows down, with athletes explaining how they can see and feel everything going on.

To me, this conveys a mental aspect that is at play in an absolute do-or-die moment. While Game 6 was a must-win for the Spurs, there was still a sense of a job to be done should they win. How quickly the Spurs’ players adjust to the mindset that is required to play in this game will play a huge part in their effectiveness. Of the players that make up this roster, just 3 of them have been to a Game 7 (DeMar DeRozan, Patty Mills, and Marco Belinelli).

Luckily for San Antonio, the Nuggets are not only just as inexperienced, but they also have a lot to play for tonight. The Spurs, as the 7-seed, certainly aren’t just happy to be here. They fully expected to be in a position to move on to the next round when this series started, but they are still a 7th seed playing a 2nd seed. All year long, Denver has had to hear how young and new they are to this whole contender thing, how inexperience could be their downfall.

With a Game 7 in the first round, the critics are extremely close to being proven right. There is extra pressure on Denver, as the favorite and with home court, to come through and stamp their tickets to the semifinals. That could lead to a nervousness that San Antonio should look to exploit and attack relentlessly.