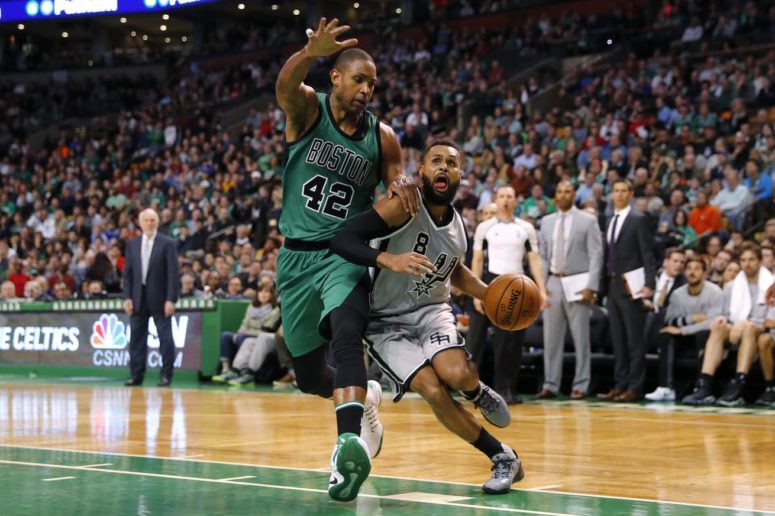 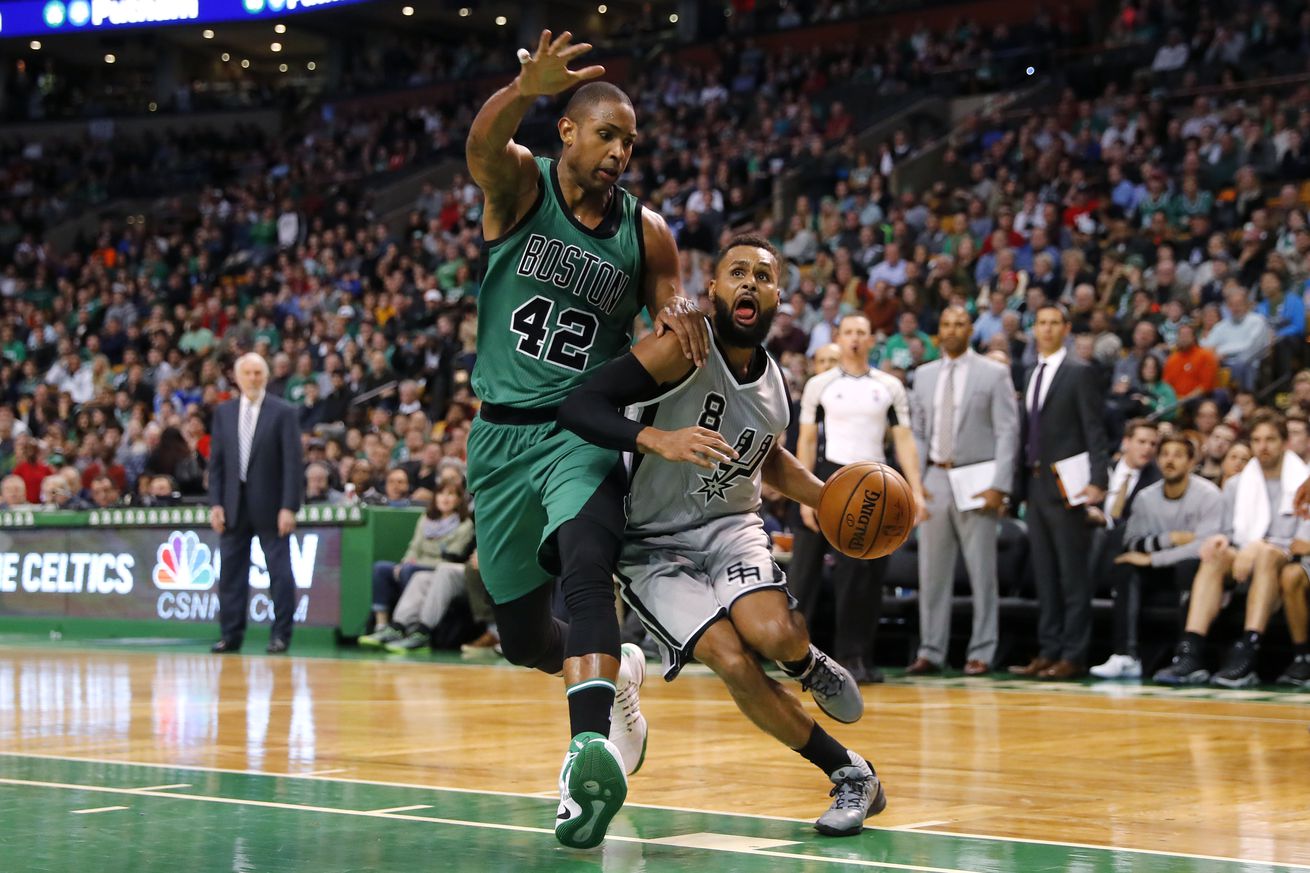 The Spurs look to close out their four-game road trip on a positive note in Boston.

Well, this is definitely one of those games where you wish you could turn off the “Injury” setting. Tonight had the potential to be a marquee match up between two of the NBA’s best squads. As it stands, the Spurs will need to muster up a stronger performance than what we’ve seen lately if they’re to stop their losing skid.

After a heartbreaking start to the season, it appears the tides are beginning to turn for the Celtics. They’ve won four in a row, and look like a deep, formidable group helmed by one of the most respected coaches in the league. While this streak may only feature one impressive victory, a 96-89 stunner in Milwaukee, there’s reason to think they can replicate their success moving forward.

After losing two key defenders (Avery Bradley and Jae Crowder) in the off season, Boston should have expected a precipitous decline in their defense. It’s not like their defense was all that great last year, either; they posted the 13th defensive rating in the league and “held” opponents to a gaudy 105.4 ppg. And yet, here we are, with the Celtics currently placed second in defensive rating while allowing only 90 ppg over their winning streak. How has Brad Stevens managed this one?

Well first off, the roster is completely different. The only players remaining from last year’s group are Marcus Smart, Al Horford, Jaylen Brown and Terry Rozier. FOUR PLAYERS! For perspective, the Spurs lost three players this off season, none of which were key rotation players. Boston’s roster turnover has completely transformed their defensive chemistry.

Kyrie Irving – or rather the loss of Isaiah Thomas – has certainly helped. Irving does not have the reputation of a defensive stopper, nor should he, and Stevens has pretty much said so himself. But as lackluster as Kyrie’s defense may be, it is a dramatic improvement over Thomas and his career 111 defensive rating.

Also, the Bradley and Crowder departures and Hayward injury have given Marcus Smart, Jaylen Brown, Jayson Tatum and Terry Rozier shots at major roles. So far, they have stepped up to the task. This pesky quartet has given opposing guards fits and taken some of the defensive pressure off of Irving.

Unexpected contributions have also come from rookie swingman Semi Ojeleye. Six games into the season, this year’s 37th pick has been tasked with defending some pretty big names.

Rookie chores: According to Synergy data about half of Semi Ojeleye’s defended possessions have come against LeBron, Giannis, or Porzingis.

He has impressed so far, particularly in some key minutes against Giannis in Milwaukee.

All of this is to say that Boston has an impressive defensive core. I haven’t even mentioned the contributions from Al Horford and Aron Baynes, but you get the idea. However, you can get as many defensive stops as you want, but if you cannot produce on the other end of the floor, don’t expect much in the postseason. This brings me to my greatest concern about Boston:

Yes, I know they have Kyrie Irving, one of the league’s most dynamic scorers, but their offense has not looked great and is below league average in several metrics. While this could be excused because they haven’t played much together, I just don’t know what the Celtics’ secondary option is when good teams can toss a defender or two Irving’s way.

Conventional wisdom would point to Horford as the best choice. The eye test says that he doesn’t really fit that mold. The numbers agree – 76% of his made field goals last year were assisted, indicating that he is a great fit with a playmaker, but cannot do much on his own.

Where do we go from there? At least one of Smart, Brown, Rozier and Taytum will be a dominant playmaker sooner than later, but they don’t appear to be completely dependable options for now. Boston has the star playmaker and the key role players, but they still need that final piece to put it all together. Gordon Hayward would have fit there nicely.

Matchup to watch: Dejounte Murray vs. the Celtics defense. After an impressive start to the season, Murray has tempered expectations with some dud performances. The Celtics are going to be his most difficult test yet. Boston can throw several different options Murray’s way, so it’ll be interesting to see how he’ll adapt. If he can’t, this could be a long night.